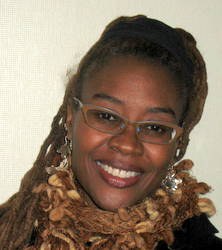 Aaronette White, born in 1961 in St. Louis, Missouri, was a dynamic, activist, feminist psychologist. She acquired a wealth of knowledge and experience through years spent traveling and working around the world. Looking back, White mentioned that multiple aspects of her life "drove her to feminism" (p. 2). Her mother, viewed as "too liberal" for a woman during White's childhood, instilled the importance of respectfully vocalizing one's opinion to White and her four sisters. As White recollected, "I had a healthy respect for equity in my family because of my mother.... My mom would try to talk to us and to give us a voice, and boy did I get a voice" (p. 2).

During her elementary school years, White often assumed leadership roles and would voice her opposition to injustices involving race and gender. At the time, she was unaware of what these injustices meant, but she was able to recognize that they existed. This, as White recalls, was when she first demonstrated her feminist beliefs, but at the time she did not identify herself as a feminist. This vocabulary did not yet exist in her repertoire.

White spoke openly about her experiences of sexual assault and rape. These traumatic experiences with older, prominent Black men, who most often were her professors, played a significant role in her developing understanding of race and gender, as well as the role of power. After she reported one incident of sexual assault perpetrated by one of her professors, she was told by university officials that "This is the highest ranking Black man in the university system. He will use his power to discredit you" (p. 4). Nonetheless, White drew on her considerable resilience to successfully accomplish her personal and professional goals.

While she was completing her Master's degree in clinical psychology at Washington University, White began working with women and reading about women's issues. White observed that one of the reasons that the imbalance of power between men and women was maintained was because women kept their experiences of sexual assault and rape private. Women were not realizing that these experiences were relevant in other women's lives too. Ultimately, it was the media's airing of the Mike Tyson and Desiree Washington case in 1992 that prompted White to speak about her own experiences of rape. By 1993, White became an anti-rape activist and began declaring herself a feminist. Furthermore, White "immediately joined the anti-rape movement and the feminist movement" and has "not looked back since" (p. 5). She subsequently made important research contributions to understanding and mobilizing anti-rape advocacy in Black communities.

Before completing her PhD, White chose to study social work because she felt that psychology approached issues of gender and race from a predominantly pathological perspective. Ultimately, it was her selection of social psychology for her PhD that allowed her to investigate attitudes and societal issues from a psychological perspective. During this time, Dr. Robert L. Williams, a prominent African American psychologist with whom White had worked to complete her Master's thesis, became her mentor. White recalls this as the time when she began focusing on Black activism. In addition to mentorship by Williams, White also worked with Jane Loevinger. As White explains, "I don't even know whether she [Loevinger] called herself a feminist in terms of the label, but she certainly acted like one" (p. 8).

Aaronette White made major contributions to the understanding of the lives of African American men and women, and the feminism of Black men. In her work, she often used interviews and narratives. White believed that it is necessary to listen to the voices of her participants without her voice "getting so directly in the way" (p. 9). As she explained:

I started using interview approaches and started using more narratives because I started asking questions where we didn't have a lot of information about Black feminists, so I needed to listen to them first. We didn't have any information about Black feminist men. People didn't believe men could be feminists, let alone a Black man be the poster child for feminism. (p. 9)

Among White's many interests was music, particularly the music of John Coltrane. In 2001 she was awarded an Alden B. Dow Creativity Fellowship to research the relationship between Coltrane's evolution as a jazz musician and the evolution of feminism in African American men. White received countless grants and fellowships, and held professional positions in countries including South Africa, the Netherlands, Suriname, and Ethiopia. After a fellowship in Ethiopia ended in 2010, White recognized that she had formed a deep connection with Africa, particularly with Ethiopian students; "I feel like I have these students in Ethiopia who I want to continue mentoring" (p. 21).

Aaronette White became a professor of social psychology at the University of California, Santa Cruz in 2008. There, she quickly became known as a gifted professor who loved teaching and was especially beloved by her students. She died suddenly and unexpectedly in August, 2012. She will be remembered as an exceptional feminist scholar who believed in putting theory into everyday practice, and as an inspiration to all who knew her.

White, A. M. (1994). A course in the psychology of oppression: A different approach to teaching about diversity. Teaching of Psychology, 21, 17-23. 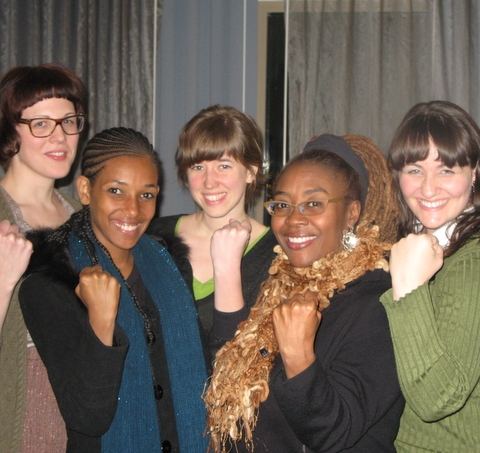 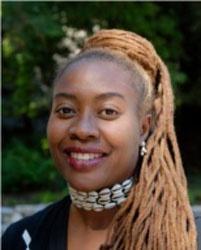