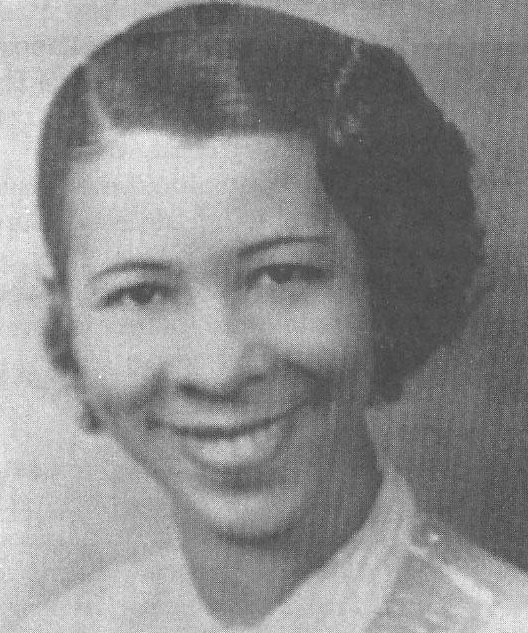 Alberta Banner Turner was born March 17, 1909 in Chicago, Illinois to James and Mable Banner. Shortly after her birth, the Banners moved to Columbus, Ohio. Turner attended the city's public schools, graduating from East High School in 1925. She was the first member of her family to earn a high school diploma. She then enrolled in Ohio State University (OSU), from which she went on to earn not only her bachelor's degree in 1929, but also a Master's degree and a doctoral degree, in 1931 and 1935 respectively. She was the first black female to earn a PhD from OSU, and among the first cohort of African-American women to be awarded a PhD in psychology in North America.

After completing an undergraduate degree in home economics, Turner accepted a position as head of the Department of Home Economics at Wilberforce University in Xenia, Ohio. During this time she completed a Master's degree in education from OSU by taking courses during the summer months. Her masters work was supervised by experimental psychologist Samuel Renshaw. Turner continued to work with Renshaw for her doctoral studies. Her dissertation was entitled, The Effects of Practice on the Perception and Memorization of Digits Presented in Single Exposure.

Following the completion of her doctoral degree, Turner took on a number of short term appointments. She first moved to North Carolina, where she served as head of the Department of Home Economics at Winston-Salem College from 1935 to 1936. The next two years were spent in Jefferson City, Missouri as both professor of psychology and head of their home economics department. She then moved to Southern University in Baton Rouge, Louisiana, heading the school's home economics department from 1938 to 1939, at which time she returned to North Carolina. She served as the head of Bennett College for Women's home economics department until 1942. During this period she lectured on consumer issues at the college and in the summer of 1941 was awarded a fellowship to Stephens College in Columbia, Missouri for study at the school's institute of consumer education. She was the first black woman to do so.

In 1942, Turner returned to Columbus, Ohio on maternity leave. Two years later, she took on a position as a clinician with the Ohio Bureau of Juvenile Research. It was in this field that she worked for the remainder of her career. Within the Ohio Bureau of Juvenile Research she was promoted first to clinical psychologist, then supervising psychologist, and finally to the bureau's chief psychologist. In 1963, Turner received a further promotion. She served as Director of Research in the Central Administrative Office of the Ohio Youth Commission until her retirement in 1971. During her tenure with the Ohio Youth Commission, Turner also served as a psychologist at the Marysville Reformatory for Women and taught courses at her alma mater, OSU. For a number of years she was also a member of the Rehabilitation Institute of Chicago and the National Advisory Council for Vocational Rehabilition. In addition to her professional positions, Turner was also active in African American social organizations. She served as the fourth president of the National Jack and Jill of America Foundation in 1953 and as national program director for Links, Inc.

After her retirement, Turner did not remain idle. From 1972 to 1976 she served on the Ohio Criminal Justice Supervisory Commission, a group charged with overseeing the implementation of a Federal Omnibus Crime Bill Act in the state and thereby reducing crime and improving the criminal justice system. She later researched the psychological aspects of obesity while working as an administrative assistant at Weight Watchers. She also served as a cosmetics director at Mary Kay for a time.

Throughout her life Turner experienced race-based discrimination and fought for equal rights. In 1925, she and a group of friends challenged the hosting of the white-only junior-senior prom at their high school by trying to attend, but were denied entry. During her time as a student at OSU, the dean of the graduate school, William McPherson, remarked that: "While Mrs. Turner is a colored woman, she was one of the most brilliant students we have ever had at the Ohio State University" (as quoted in Hoover, 1999, p. 04D). In 1938, Turner attempted to purchase movie tickets at the white-only Palace Theatre in Columbus, Ohio in protest of the theatre's discriminatory practices. She fought against such injustices through her participation in the Vanguard League as well as other civil rights groups. The legal and social efforts of these organizations in the 1930s and 1940s led to the abolishment of race-based admittance policies at restaurants and theatres in downtown Columbus. Turner also lectured racial issues, including the issue of inter-racial marriage in the United States, about which she ultimately concluded: "if love is strong it will surmount any obstacle" (Meredith, 1946, p. 12B). It is for her battle for equal rights that Turner wished to be remembered.

Turner was married to John G. Turner, with whom she had a son and a daughter. In 2003, she was honoured with the Ohio Psychological Association's Achievement Award for a Psychologist in the Public Interest. She died at her home in Hilo, Hawaii on January 31, 2008. 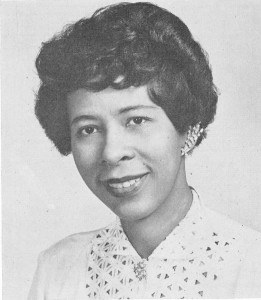