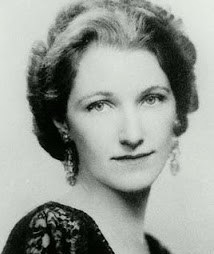 Born in 1904 in Denver, Colorado, Anne Roe grew up in a family that struggled financially when her father’s company went bankrupt in the 1920s. Her mother, a field secretary for the state Parent-Teachers Association, became the family’s main financial supporter. Roe became responsible for helping to raise her two younger siblings in addition to performing household duties from a young age. She continued to care for and support her family throughout her education. However, despite Roe’s familial responsibilities, she never felt pressured by her parents to remain at home as their support was "as much understood as expressed, and perhaps particularly as their never having suggested that it might be helpful if I stayed at home for a few more years.”

Precocious and determined, Roe excelled at school and entered college after her 16th birthday. During college Roe contemplated becoming an English teacher because she read voraciously and because becoming a teacher was an acceptable field for women at the time. However, during her undergraduate program she met educational psychologist and professor Thomas Garth who strongly encouraged her to enter psychology. After graduating with a BA from the University of Denver at age 19, Roe became an assistant to Garth, whose research focused on Southwestern ethnic groups. During this time Roe also began her studies in the Psychology and Education Master’s Program at the University of Denver where she wrote her thesis on a critical analysis of Native American intelligence test scores. With Garth’s help, Roe received a position working for eminent psychologist Edward L. Thorndike at Columbia University and shortly after began her doctoral studies there. Her dissertation explored the cognitive functions of musicians. Roe was interested in whether differences existed between a musician’s ability to sight read versus their ability to perform. She developed a test to measure the type of mistakes people made when reading music, and assessed whether this was related to their overall musical abilities.

During her research at Columbia, Roe worked part-time to help pay her expenses. She obtained a position at the Pelman Institute and at a psychiatric children’s clinic. She also became a research assistant to child psychologist Mary Whitley at Columbia Teacher’s College and occasionally taught her classes. In 1931, Roe began conducting research for colleague Katherine McBride on intellectual functioning. Roe gathered data from patients in Philadelphia hospitals who were affected by aphasia, paralysis, or injuries that were unrelated to intellectual functioning (such as broken legs and appendectomies). While collecting data from the patients, Roe realized the importance that an occupation played in many of the patients’ lives. This would later influence her research on occupational choices, a topic on which she published several books including The Psychology of Occupations, and The Making of a Scientist, which became one of her most influential works.

In 1933, Roe earned her PhD from Columbia. In the same year, she began working at Worcester State Hospital as an assistant professor and was in charge of internship training. In 1938, Roe married her long-time friend and renowned paleontologist George Gaylord Simpson. Roe’s and Simpson’s relationship began when they were children growing up in the same neighborhood. She was first introduced to Simpson by her older brother who brought Simpson home as his friend. Roe and Simpson developed a very close relationship until college when their paths separated. They later reconnected after both Roe and Simpson ended previous marriages. After marrying Simpson, Roe became step-mother to four daughters whom she recalled “were so happy to have somebody pay them personal attention and be actually interested in what they did, that it did not take long before there was a good deal of trust.” Roe took a year off to work at home and care for the girls. She was soon offered a contract to help analyze textbooks on alcohol education which she was able to perform at home. This contract led to later research by Roe on children of alcoholic parents and a study on the effects of alcohol on artists who painted. During her research on artists, Roe was “astonished to discover that there were such intimate relationships between what they painted, how they painted, how their paintings changed, and the personality structure as I could derive them from these studies; I became completely fascinated with this!”

Roe was also fascinated by the personality structures and cognitive functioning of scientists. In 1953 she published The Making of a Scientist, an assessment and interview-based study of why scientists entered their profession, a topic, she argued, that had not been seriously studied. Funded by the United States Public Health Service, Roe examined the IQs of sixty-four eminent male scientists by first dividing them into three categories: biologists (biochemists and geneticists); social scientists (psychologists and anthropologists); and physical scientists (experimental and theoretical). She administered a combination of mathematical, verbal and spatial ability tests and performed interviews to gain a deeper understanding of how the life experiences of these scientists led them to pursue scientific careers. Comparing the similarities and differences among the three groups, Roe revealed that physicists tended to think more symbolically, social scientists had more interest in people, and biologists had greater concern for rational control and the study of form (morphology). She also discovered that all the scientists in her study reported a high incidence of “imageless thought” which was described by Roe as “…thinking that cannot be described in terms of any sensory modality, a sort of feeling of relationship, of ‘just knowing’ something. In 1968, Roe was awarded for her assessment of artists and scientists with the APA Richardson Creativity Award.

Roe joined her husband in 1959 in Boston where he had taken a teaching position at Harvard University. Hoping to join the faculty at Harvard as well, Roe contacted the university but was notified by the Dean of Education that the Department of Arts would not accept a woman. However, Roe was invited to become a lecturer and research assistant in the Harvard counseling program. In 1963, Roe became full professor,the ninth woman in the history of Harvard University to become a tenured faculty member, and the first woman to be tenured in the Harvard Faculty of Education. During her time at Harvard, Roe was appointed by her dean to attend meetings at the board Faculty Club which she described as being largely male-oriented. Her presence at the meetings was met with discontent and outrage by her colleagues. However, Roe did not let her male colleagues’ behavior affect her and confronted one male colleague by stating “it’s too bad that you feel so annoyed that a woman is here. I don’t know whether it’s because I’m me, or because I’m a woman, but in any case, it’s your problem, not mine.”

Throughout her academic career Roe suffered from heart disease and periodic bouts of brucellosis. However, this didn’t interfere with her raising four step-daughters, negotiating her husband’s demanding work schedule and conducting extensive research. After her retirement in 1967, Roe became further debilitated, and underwent three heart operations. She passed away in 1991 at the age of 86. Her determination to succeed in academia was recognized by the Harvard Graduate School of Education where, in 1980, as award was established in honor of Roe. During her lifetime, she received numerous awards including a Lifetime Career Award from the National Vocational Guidance Association in 1967 and the Leona Tyler award from the Clinical Psychology Division of the American Psychological Association (APA) in 1984. Roe was also actively involved outside of academia by serving as president of the American Board of Professional Psychology between 1953 and 1959. She was a fellow of four APA divisions and was one of the founders and presidents of the New England Psychological Association. She has left a legacy of 115 published books and articles on psychology.

Roe, A. (1953). A psychological study of study of eminent psychologists and anthropologists, and a comparison with biological and physical scientists. Psychological Monographs,67(2): 212-224.

Roe, A. (1970). A survey of alcohol education in elementary and high schools in the United States. Quarterly Journal of Studies on Alcohol, 3, 3-132.

Roe, A. (1972). Womanpower: How is it different? New York: Columbia University Press. 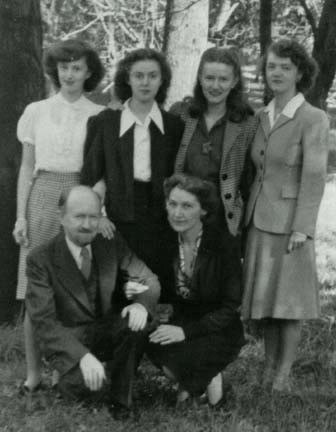