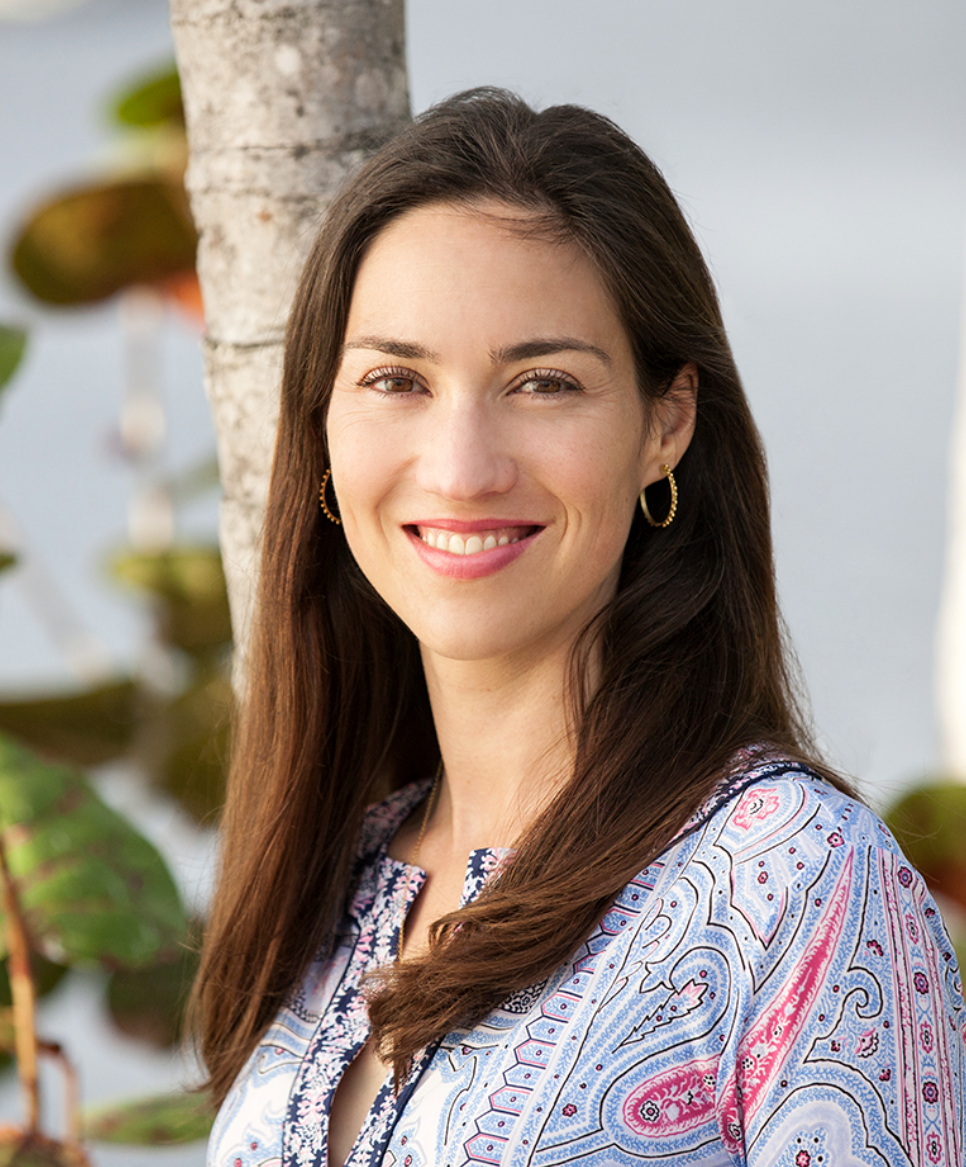 Caitlyn, Miley, and Gaga: Talking to your kids about sexual and gender diversity (2015)

Even as a child, Asia Anna Eaton was oriented towards social justice issues and considered the importance of fairness in everyday life. Books played an important role in the development of her feminist identity; growing up in a privileged environment, it wasn’t until she read Alice Walker’s Possessing the Secret of Joy for a project in early high school that she was encouraged to become critical of the “system justification myths” surrounding societal gender roles. Eaton credits this book as a catalyst that sparked her interest in feminist education. She continued to immerse herself in feminist literature and film and took university classes that further attuned her to gender and racial discrimination — including sexism, everyday racism, and the infusion of white supremacy into language, thinking, and daily practices.

She declared her major in Psychology early on in university and fell in love with the analytic logic of social psychology experiments following a series of classes with Dr. Margaret Clark. Dr. Clark, along with Dr. Eli Finkel, were Eaton’s primary undergraduate mentors who guided her during critical steps of graduate school applications and program requirements. In graduate school, Eaton was trained extensively in quantitative experimental methods with Dr. Penny Visser, and concentrated on feminist work for the first time in her post-doctoral training, at which point she began to employ multiple methodologies.

In her post-doc, Eaton collaborated with Drs. Suzanna Rose, Dionne Stephens, and Desdamona Rios, and acquired new skills, including those required for qualitative research methods and interviews. At present, Eaton states that she has become somewhat more critical of quantitative research following the replication crisis and that she no longer works solely with numbers and survey data. Rather, she uses quantitative methods when the research goal is to make generalizations to other populations, to demonstrate clear cause and effect, or to hypothesize under well-established theories. She now focuses on qualitative and mixed methods. She explains that they are more congruent with her feminist values given that they often have a person-centered nature that empowers participants, allow for the investigation of different intersectional layers of their identities, and capture experiences that occur at a more emotional level. Qualitative methods are especially crucial when investigating an area where there has been little research and foundational information is needed. As an example, she cites her current work on non-consensual and revenge porn, where even the definitions of such terms are unclear.

Eaton adopts a feminist stance in all of her roles at Florida International University (FIU) where she is an Associate Professor of Psychology and a faculty member in both Developmental and Industrial-Organizational (I-O) Psychology Programs as well as Women’s and Gender Studies. Her research analyzes the interactions of gender and social power and their effect on discrimination, particularly within the context of intimate partner violence and workplace discrimination.

In regard to intimate partner violence, Eaton’s work has looked at how gender and cultural norms influence the meaning attributed to sexual coercion within Black and Hispanic youth populations. She has also examined how Hispanic men’s and women’s experiences and attitudes of sexual coercion are informed by heteronormative beliefs, and she has researched power dynamics in sexual scripts and intimate partner violence. In the area of workplace discrimination, Eaton has investigated stereotyping and harassment on the basis of gender, race and class. She has explored the perceptions of gay men’s suitability for leadership, effects of pregnancy disclosure in the workforce, bystanders’ willingness to report organizational sexual harassment in response to work policies, how stereotypes about gender and race affect the success of STEM job applicants, and effects of social class and stigma in the workplace. Her feminist values infuse all aspects of her work; she makes choices as to which theories and methodologies to employ on the basis of how they can best help improve the lives of marginalized and oppressed populations, including women and girls. She believes that feminist psychology will soon impact the field’s sub-disciplines that have had little exposure to the movement’s theoretical lenses and methodological approaches, such as I-O psychology.

Eaton has received multiple national awards recognizing her distinguished research, teaching, and mentorship. For example, she has received the Emerging Leader Award from APA’s Committee on Women in Psychology (2019), and the Michele Alexander Early Career Award (2016) and Outstanding Teaching and Mentoring Award (2019) from the Society for the Psychological Study of Social Issues (SPSSI), an organization dedicated to research in the service of positive social change. At SPSSI, Eaton has been elected as a council member of the organization from 2018-2021. She is also an Associate Editor for Psychology of Women Quarterly, and is a Consulting Editor for Sex Roles.

In addition to these national accolades, Eaton has also won FIU’s most prestigious award for advising and mentorship. Due to her gratitude towards her previous mentors, Eaton is dedicated to passing on the quality mentorship that she experienced to her students. She explains that mentoring and collaborating with her students are the most rewarding aspects of her job. She is thankful that she can explain the behind-the-scenes process of scholarship decisions in psychology to better prepare her students for opportunities and disappointments. She sees herself as a collaborator — allowing flexibility in her students’ choices of research interests, inviting them to challenge her, and building strong, mutually supportive relationships.

She advises budding feminist psychologists to be kinder and more forgiving towards themselves if they experience difficulty adhering to the traditionally linear professional and life trajectory. In addition, as important as it is to have passion for research, it is just as important to have perspective; it is not the end of the world if one makes a mistake. Eaton says, “You’ve got to not take yourself so seriously in this profession. If you’re not having fun, there’s no point!” 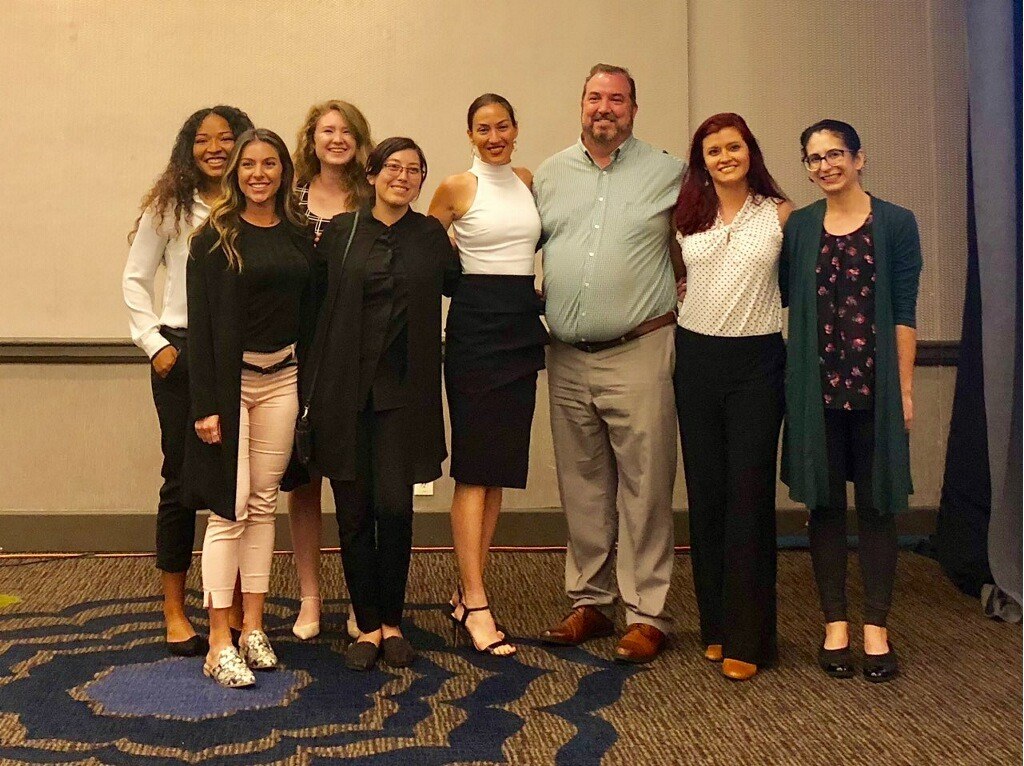 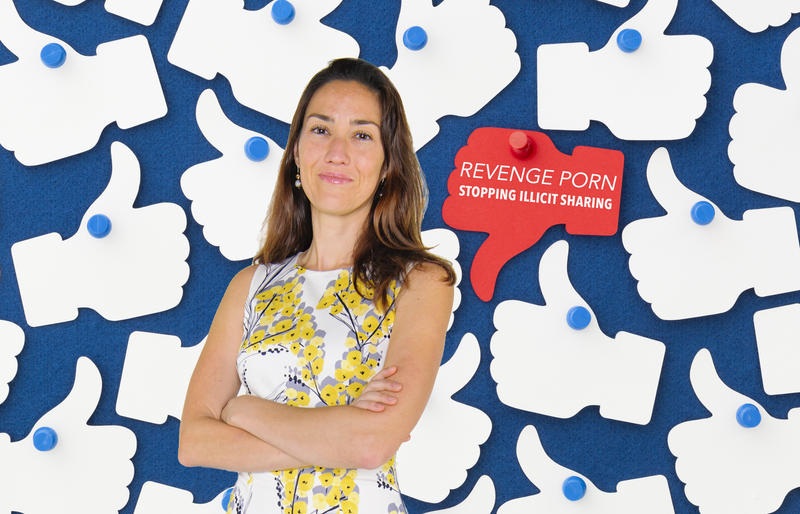 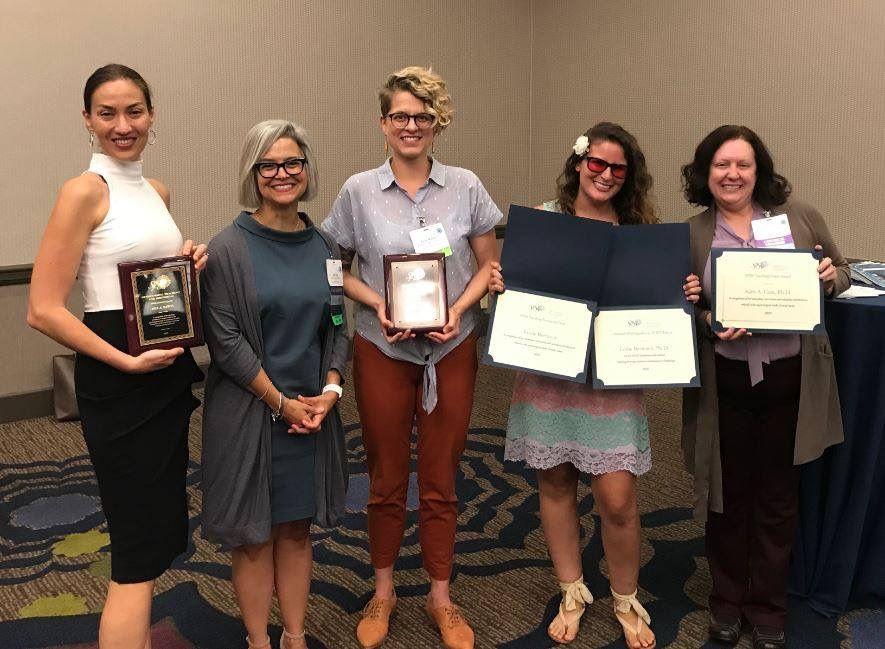 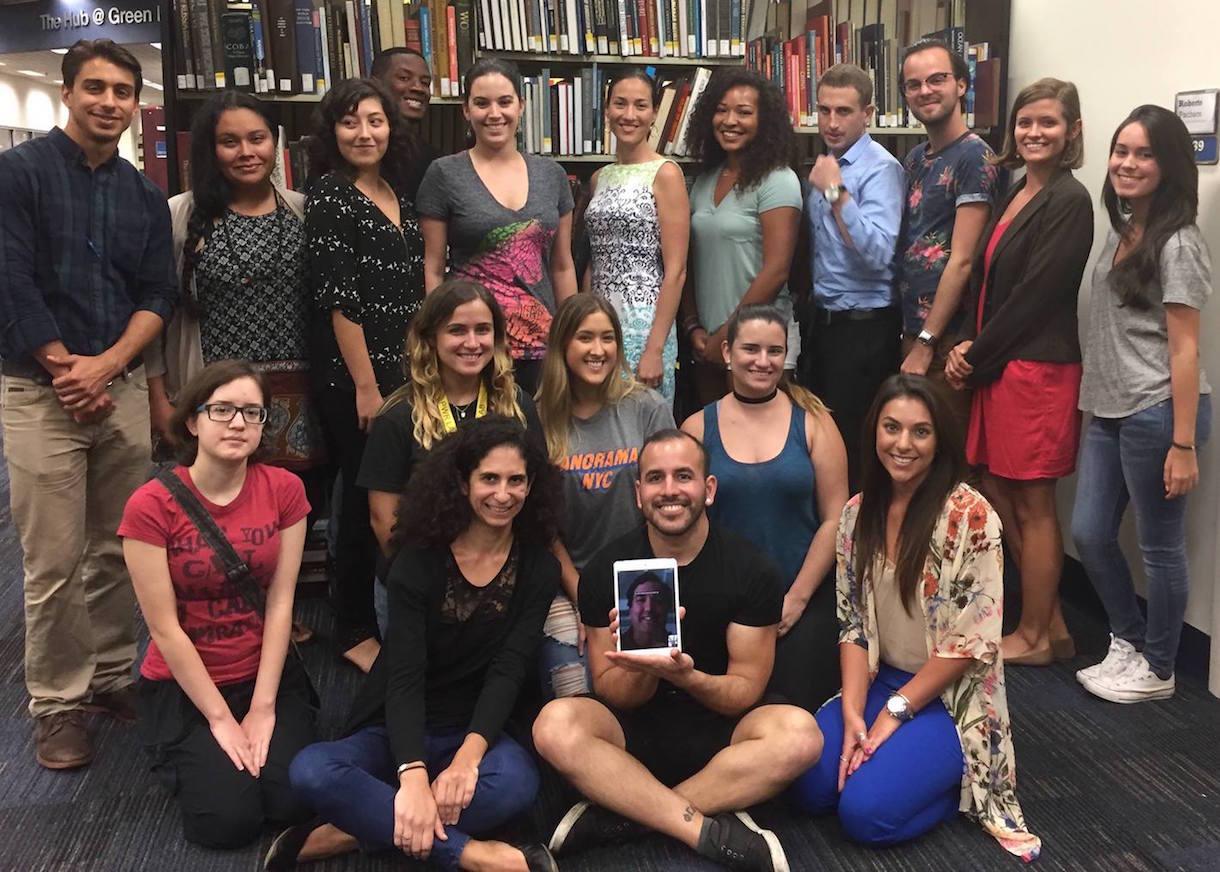 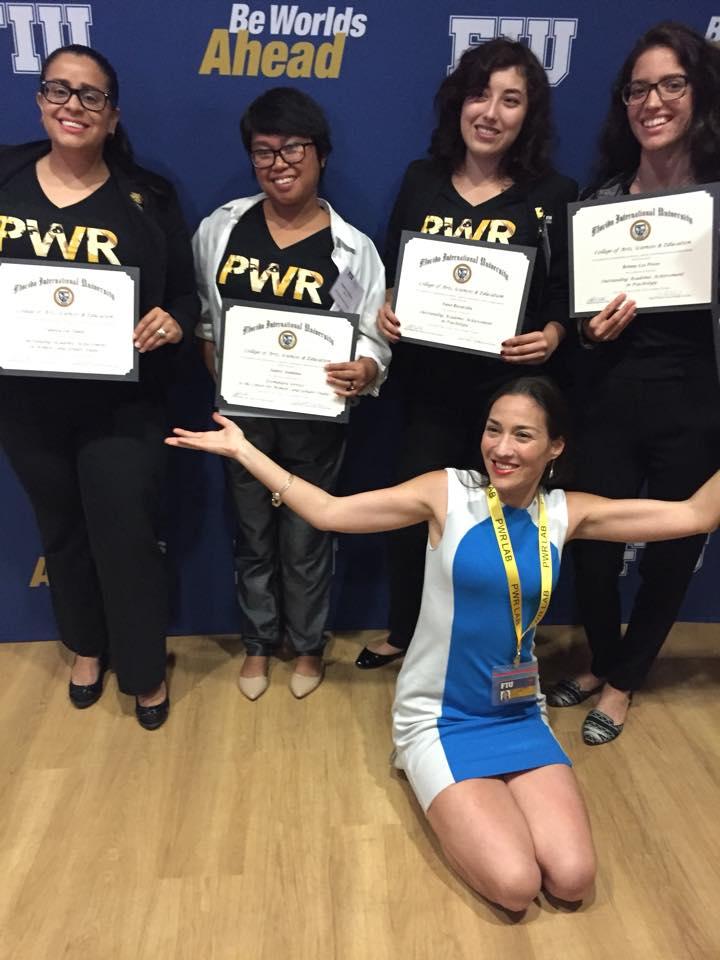 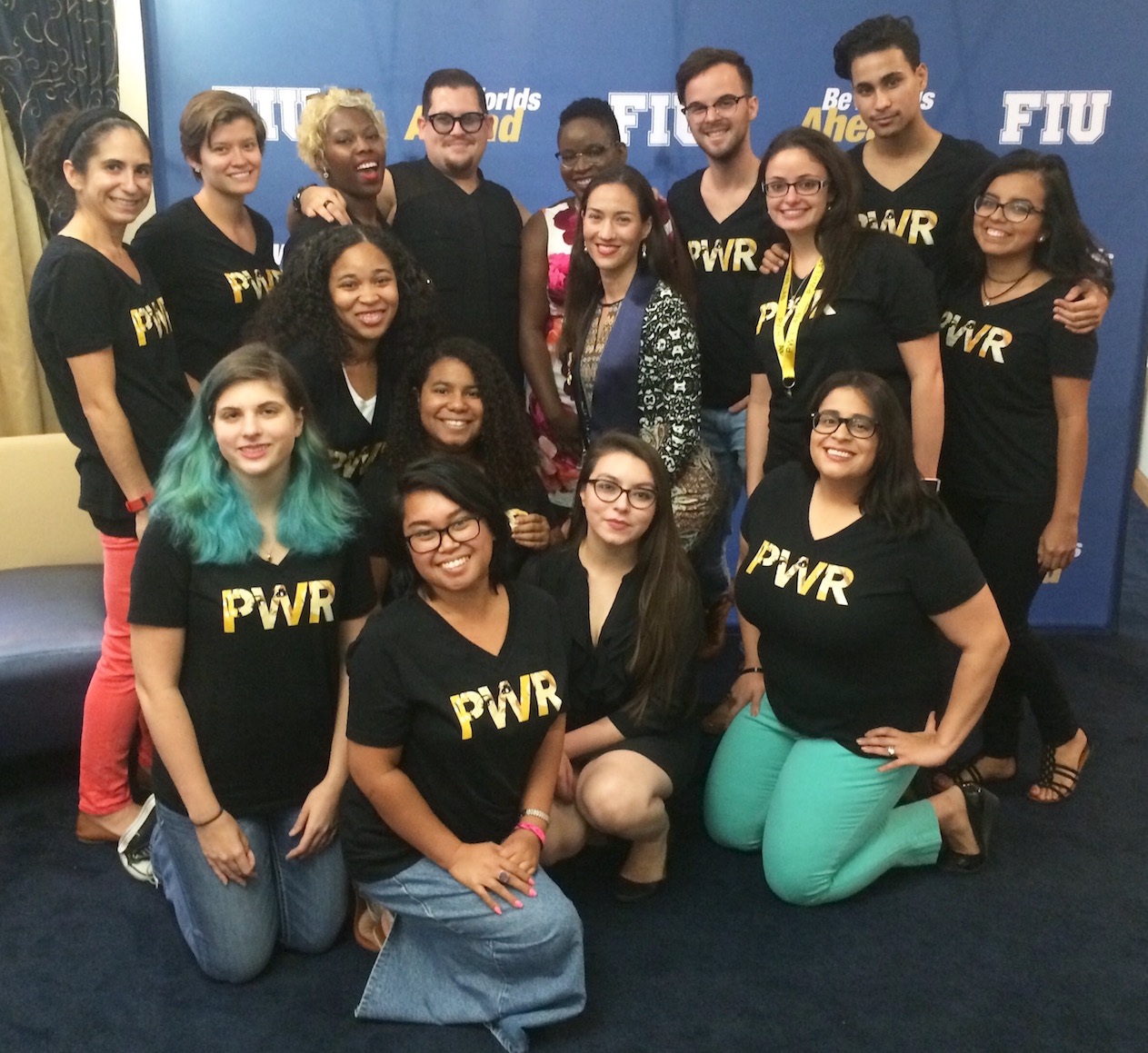