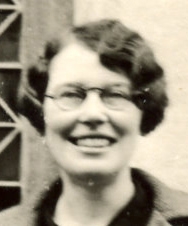 Barbara Stoddard Burks was born in New York on December 22nd, 1902 to Jesse and Frances Burks. Both parents were actively involved in education, as scholars, writers and activists. During Barbara's childhood, the Burks family moved around extensively, living in New York, the Philippines, Philadelphia, Washington DC, and California. During the family's time in the Philippines, Frances wrote a book designed to promote tolerance and respect of other cultures that featured Barbara as the central figure. The book was entitled Barbara's Philippine Journey (Burks, 1913).

Once the family had moved to California, Burks began her undergraduate degree at the University of California - Berkeley. Under Edward C. Tolman, she perfected her statistical skills while analyzing the results from Tolman's study of breeding rats for maze running. Her exposure to this study helped foster an interest in the issues of heredity and intelligence. In her senior year, Burks transferred to Stanford to begin working with Lewis M. Terman. She graduated in 1924 with great distinction. Terman was so impressed that he recommended she proceed directly to her doctoral studies. This she did, and Burks became his research assistant on the Genetic Studies of Genius project from 1924 to 1929. Her dissertation, published in 1928, explored the effects of nature and nurture on intelligence through an analysis of the IQs of foster children and their parents. It was a pioneering study in the field of behavioural genetics. She quickly followed this up with the lead authorship on the third volume produced from the Genetic Studies of Genius project: The Promise of Youth: Follow-Up Studies of a Thousand Gifted Children (1930). Terman later recalled that she had been one of the best graduate students he had ever worked with.

Burks produced over 80 publications during her lifetime, showing her to be an innovator in the fields of behavioural genetics and statistical methodology. Her work was often considered controversial, as she gave primacy to hereditary factors in the nature-nurture debate - a difficult position to hold during the rise of the behaviorist movement. Yet Burks was always considered to be a sound methodologist, and she was willing to admit that the environment also played an important role. Thus her work remained well respected despite the controversy.

During her doctoral studies, Burks had met Herman Ramsperger who was also at Stanford as a National Research Fellow in chemistry. They were married in 1927, but for the sake of her career, she remained determined to keep her maiden name. Burks and Ramsperger were thought to have had an idyllic marriage. He was known to have great pride in her achievements as well as always providing support and encouragement to her. However, in 1931 he was diagnosed with progressive lung cancer, and passed away a year later.

Despite her sorrow, Burks was successful in receiving a General Education Board Fellowship to study abroad in Europe. On her travels she met and worked with such researchers as Jean Piaget, Carl Jung, and Charlotte Bühler. Upon her return, she moved to New York to work at the Carnegie Institute.

Until her tenure at the Carnegie Institute, Burks had struggled with finding and keeping research positions. Like many women of her time, she was pushed against her will into applied settings rather than academic ones. Terman once remarked that Burks had a habit of standing up for what she believed in, which other (male) academics interpreted as aggressiveness. But despite this, Burks was successful in making some important connections that allowed her to contribute significantly to several organizations and committees. One of these was an APA Committee on Displaced Foreign Psychologists, where she acted as the secretary and then the chair. Burks was appointed to the committee by Gordon Allport in 1938, and worked diligently to help refugee psychologists from Europe find places within the American academy. Terman believed that she became increasingly committed to this work after visiting Germany on her European research trip, where she had seen firsthand the effects of the Nazi party on academia. A second organization where she made a significant impact was the Society for the Psychological Study of Social Issues (SPSSI), where she was a charter member. Burks served as the SPSSI Bulletin editor from 1941 to 1943. The final organization that Burks was heavily involved in seems out of step with her other activist committee work - the American Eugenics Society. From 1941 until 1943, she sat on their Board of Directors. However, this did not mean that she tolerated any belief in positive or negative eugenic practices finding them to be "essentially pathetic" (Cook, 1943, p. 4). She was simply fascinated by the study of heredity and genetics.

At the Carnegie Institute, Burks continued her studies in heredity by delving further into genetics. In 1943, she was awarded a Guggenheim Fellowship to do research on identical twins reared apart. In the same year she also became engaged to her long-time friend and colleague, Robert Cook. However, tragedy was to befall her shortly thereafter: on May 25th, 1943, Burks either fell or jumped to her death from the George Washington Bridge in New York. After her death, Burks was named as one of Cattell's American Men of Science (1944). As a further tribute to her life and her humanitarian work with the APA, the Barbara Burks Memorial Fund was set up by Ruth Tolman with the help of Allport, Kurt Lewin, Theodore Newcomb, Terman, Max Wertheimer, and Robert S. Woodworth. The fund was set up to assist refugee psychologists and geneticists who wanted to continue their research in the Unites States. Today, Burks legacy remains one of "productive humanitarian concern and of creative and responsible psychological scholarship at its finest" (King, Montañez-Ramírez, & Wertheimer, 1996, p. 223).

Burks, B. S. (1933). A statistical method for estimating the distribution of sizes of completed fraternities in a population represented by a random sampling of individuals. Journal of the American Statistical Association, 28, 388-394.

Burks, B. S. (1942). A social psychology background for civilian morale. Journal of Social Psychology, Bulletin of the Society for the Psychological Study of Social Issues, 16, 150-153.

Bulletin for the Society of the Psychological Study of Social Issues (1943, August). Barbara Stoddard Burks. Journal of Social Psychology, 18, 161-163. 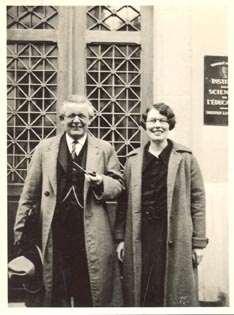 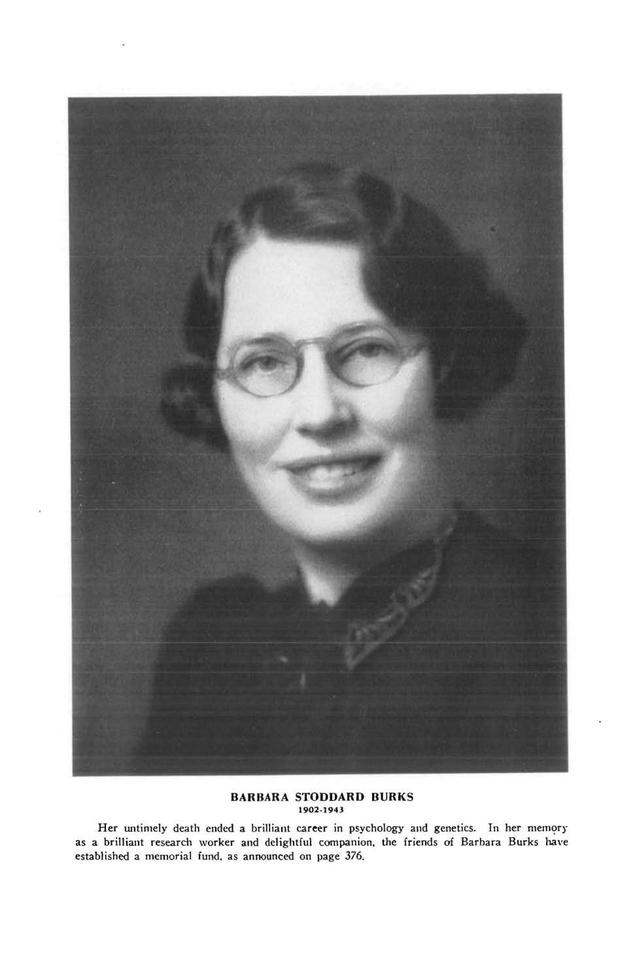 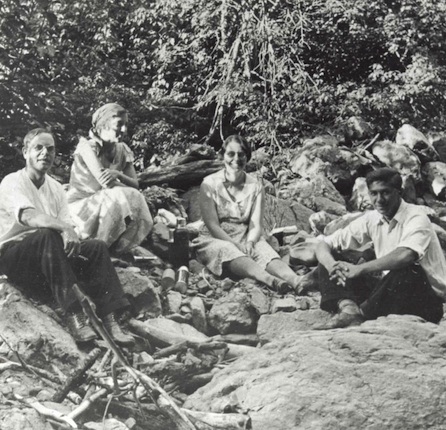