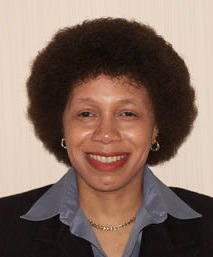 Black Women in the Ivory Tower: Research and Praxis

Beverly Greene was raised in a freethinking environment created by her parents. She states, "[G]rowing up we were free to question a lot of things, and we weren't given this message that there are these fixed things in the world that always are and you always have to think this way, or people are always this or always that, but that people are complicated". She remembers her parents teaching her and her siblings about racism; that it was something they were going to have to understand and confront throughout their lives. This, she states, provided a "very clear message that there are people out in the world that need to see us [African Americans] in a particular way that has nothing to do with who we are". For Greene, these early messages coalesced into a viewpoint on the complexity of human nature and experience that has has deeply imbued her thinking, theorizing, writing, and her practice as a clinical psychologist.

It was this critical view of human behavior that attracted Greene to psychology and to feminism. Specifically, Greene was attracted to hearing the powerful "narratives about how people became who they are" as well as "what they do with that information - that's what was appealing about psychology and using feminism within psychology to broaden that lens". Greene was introduced to feminist psychology when she was writing about marginalized groups. She found that feminist audiences were receptive of her ideas about marginalization, even though the feminist movement at that time was concerned almost exclusively with privileged white women.

Although Greene was involved in feminist organizing in psychology through the Association for Women in Psychology and the Society for the Psychology of Women, she has expressed reluctance in identifying explicitly as a feminist, stating, "I certainly value feminist thinking, and I think by reasonable definitions of feminism, I'm a feminist. But, I don't walk around thinking of myself as having this feminist identity because I'm not quite sure what that means. I think it may mean different things to different people". When contextualized within her work on people with multiple identities, this apprehension makes sense. Humans are complex and often cannot be understood in terms of a single framework, or identity. As Greene points out, historically the feminist movement included "very little consciousness about the struggles of women who had multiple identities [and] the notion that the primary locus of oppression for all women was gender is, I think, overstated". Dr. Greene has had an incredibly rich and productive career writing, practicing, and teaching about those who are multiply marginalized and the struggles that accompany these complex identities.

Greene undertook graduate training at the Derner Institute, known for its psychoanalytic orientation, an orientation that emphasized themes of dominance and subordination. In that atmosphere, she notes, there "wasn't a lot of room for looking at issues around women, around sexual orientation, around the role of race and how that is a part of the dialogue in psychotherapy, and how it changes the dialogue". However, she does note that her African-American supervisor, Bill Johnson, was able to expand the purview of what psychodynamic and psychoanalytic understandings had to offer people who are marginalized. Working with Johnson allowed Greene to frame these ideas in practical terms and carry them over into her therapeutic practice.

Greene remarks that her training at the Derner Institute was extremely rigorous. It stressed the importance of therapist attitude and temperament, including the ability to step outside your own dilemmas and frameworks to understand that the world doesn't look to everyone else the way it may look to you. The program also stressed asking questions, even questions to which you think you know the answers. As Greene puts it: "[W]hen I ask clients questions about something I assume I know, the answer is never what I assume it is. It has taught me that it is important to always ask those questions".

Greene points out that psychology is inherently political; that it is not a value-neutral science. Psychology is political when researchers set up their studies; who they choose, who they leave out, what types of students graduate programs accept, and which they reject - these are all political decisions. They are political, according to Greene, because they either include or exclude certain kinds of people. Science can either continue to marginalize certain groups while privileging others, or it could work on an alternative. The alternative is to use science to facilitate social justice and social change. This is something that Greene consistently stresses and works towards. Challenges arise when those of majority privilege fail to recognize the need for change, or create the illusion that these issues have been resolved.

Since Greene began her career in psychology, there have been many important advances in psychology's understanding of and approach to those who are multiply marginalized. Greene has contributed to this advancing knowledge, helping to make the invisible - those who are marginalized because of their race, class, gender, and sexual orientation - visible. This does not mean, according to Greene, that systemic inequality no longer exists. She believes that as much as psychology has advanced in recognizing its own limitations, inequalities are still prevalent. She believes that psychology has to work continuously towards recognizing that racism and discrimination against certain people are still very much a reality. Finally, she notes that psychology should focus more on understanding women from other cultures, reminding us that our Eurocentric lens may obscure our ability to understand their realities and experiences.

Greene, B. (2005). Psychology, cultural diversity & social justice: Beyond heterosexism and across the cultural divide. Journal of Counseling Psychology Quarterly, 18, 295-306.

Greene, B. (1993). Psychotherapy with African American women: Integrating feminist and psychodynamic models. Journal of Training and Practice in Professional Psychology, 7, 1, 49-66.

Greene, B. (1986). When the therapist is white and the patient is Black: Considerations for psychotherapy in the feminist heterosexual and lesbian communities. Women & Therapy, 5, 41-65. 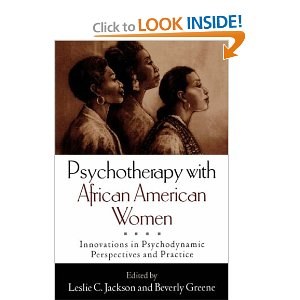