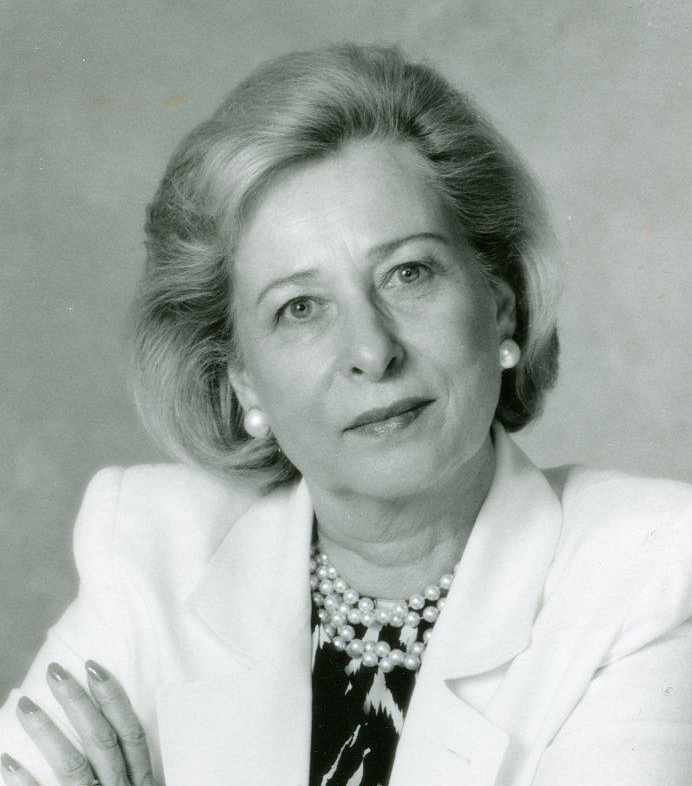 This interview was conducted by C. Roger Myers on October 25, 1969 and is housed in the C. Roger Myers Oral History Collection, Canadian Psychological Association Archives, National Archives of Canada (CPA Archives, MG 29 I 161).

Blossom Temkin Wigdor began her career in the field of clinical psychology and later became a pioneer in Canadian gerontology. With her love of learning and interest in people, and her exceptional capacity for work and determination, Wigdor moved beyond the boundaries that defined her social position at the time. According to Wigdor, it was the support of those surrounding her, and, perhaps more vitally, the choices she made, that led to her success.

Wigdor was born in Montreal, Quebec on June 13, 1924 to Russian Jewish immigrant parents, the eldest of two daughters. Her father was a fur merchant, who was away frequently, traveling all over Northern Canada when she was young. From her early years as a student, Wigdor demonstrated her ambition by her high grades in physics and chemistry which led to scholarships to pay for her high school education. Both her mother Olga's high expectations for her and the intellectually stimulating environment provided by her father Solomon were influential in her attending to university. Her father once advised her that "a woman should have a profession and shouldn't be dependent on a man to support her" (Mercer-Lynn, 2009). Thus, she learned to value hard work and the importance of pursuing a career.

Wigdor started her undergraduate studies at McGill in 1941 with plans of a career in chemistry; however, in her third year she found herself increasingly interested in people and focused her studies on psychology, sociology, and political science. Two particular mentors were especially influential in this shift: Forest Laviolette, a social psychologist, and Dr. Frances Alexander, a clinical psychologist. The latter was one of the very few women professors at McGill to provide Wigdor with an important role model.

On May 30, 1945 Wigdor finished her B.A. and married Leon Wigdor, a consultant chemical engineer, following her graduation at the age of 21. Fortunately, Leon was encouraging and supportive of Blossom's career and believed in unconventional, egalitarian marriages. Wigdor decided to study Medicine at McGill, with the ideas of a career in psychiatry, but her application to medical school was rejected despite her high marks. It was the end of the second World War, and the integration of returning veterans resulted in a substantial increase in the number of prospective male students. In Roger Myers's oral history interview, she recounted: "The Dean took a look at my left hand, he saw that I was engaged and he said that they can't afford the risk of taking a woman who is about to get married and they have all these men who want to make a career in medicine and I will probably drop out after a while."

At that time, Leon was working in Toronto, so Wigdor moved to Toronto to be near her husband. With her growing interest in human behavior, clinical psychology seemed to be a good alternative, so she applied and was accepted to a master's program in psychology at University of Toronto. She was welcomed in the department, where women were actively conducting research in both applied and laboratory settings. Staying up until 4 am to work on her thesis every evening, Wigdor successfully completed her master's degree in one year. She worked with Dr. Mary Northway for her M.A. thesis, which was on the relationship between personality and socio-metric standing.

Wigdor's interests were oriented towards applied clinical psychology. In 1946, Dr. William Bill, a professor at the University of Toronto offered her a position in the Department of Veteran's Affairs (DVA) to do psychological assessments of returning veterans. She went to Cornell to take a special course on projective techniques, and then came back to Toronto to start her career working for the DVA at the Christie Street Hospital. In 1947, she returned to Montreal, and until 1979 she worked in Montreal veterans' hospitals and homes for the aged. Her associations with veterans' hospitals would later orient her career towards gerontology.

In 1949, Wigdor began her PhD at McGill. Besides working full-time at the Queen Mary Veterans' Hospital, Wigdor was also writing her PhD dissertation on personality and perception, and teaching in the Department of Psychology. While at McGill, she established a working relationship with Donald O. Hebb, and she began studying intelligence testing, intellectual change, memory functioning, and development. A turning point came when Hebb suggested that she study older men at veterans' hospitals, and focus her studies on aging. This advice, which she took, spawned the beginning of her lifelong specialization in gerontology.

In 1952, Wigdor was one of four women at McGill to receive a Ph.D. in psychology. She stayed at McGill and made a career there, working up the ranks as lecturer (1952-1965), assistant professor (1966-1972), and associate professor (1972-1979) in the clinical psychology program. She also continued her clinical work in counseling and consulting at the DVA, serving as a consultant at Maimonides Hospital and Home for the Aged (1954-1967), and then the Jewish General Hospital and the Queen Elizabeth Hospital (1963-1974). In 1961, she became the chief psychologist at the Queen Mary Veterans' Hospital, and in 1965, director of the psychological research unit.

By the 1970s, the Queen Mary Veterans' Hospital had changed to a chronic care hospital, a change that ended Wigdor's contract, and she was also unable to attain full professor status at McGill. While she was looking to advance her career, she received information about a potential position as director of a new center in aging at the University of Toronto. After some negotiation, she accepted a full-time position as director of the innovative new Programme in Gerontology (now known as the Institute for Life Course and Aging) - the first of its kind in Canada. This position immediately provided her with status as full professor of psychology. Wigdor remained at the University of Toronto for the rest of her career. Her 25 years of hard work and devotion to teaching and research on the subject of aging resulted in her remarkable success.

In recognition of her accomplishments, Wigdor received the Order of Canada in 1989 for "working tirelessly to foster research and education in the problems of aging, and to improve the circumstances of the elderly" (Holden, 1989). She was the founder of the Canadian Association of Gerontology and the first editor of the Canadian Journal of Aging, and also published an impressive list of books and articles, including Canadian Gerontological Collection (1977), Handbook on Mental Health and Aging (1980), Planning Your Retirement: The Complete Canadian Self-help Guide (1985), and co-authored The Over-Forty Society: Issues for Canada's Aging Population (1988).

In 1991, Wigdor's husband Leon died of congestive heart failure. Wigdor remained on her own for 11 years, and in 2002 she remarried a fellow academic. She is now retired and lives in Toronto. However, according to Wigdor, the term retirement is an unfortunate one because it implies withdrawal; and one thing her research in aging has taught her is the importance of remaining engaged in life and the things you care about. At the age of 87, it is clear that life for Wigdor is still about making the right choices: "if I don't learn something every day, than it is not a day well spent" (Mercer-Lynn, 2009). 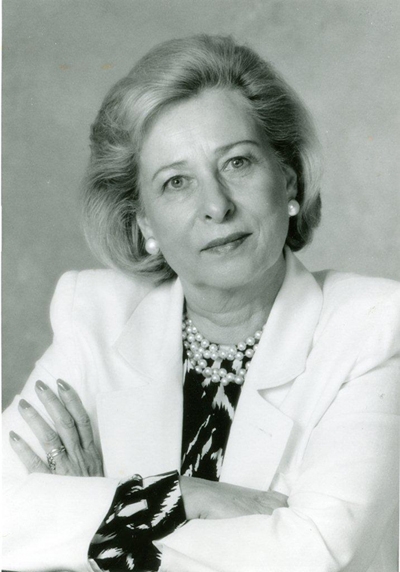