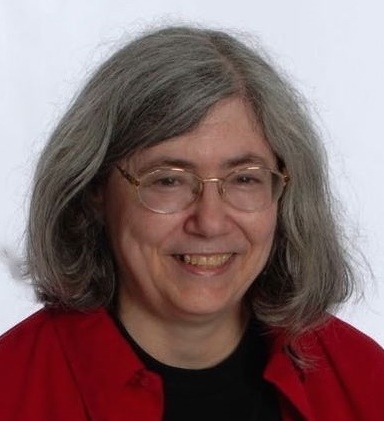 Interview for The Future of Mental Health Series, Psychology Today

Growing up in Winnipeg during the 1950s, Bonnie (Grower) Burstow was “in a war with what society expected of [her].” As she describes it, her anarchism preceded her feminism. The events that led to her politics started early in her childhood: “I quit school at twelve years old because I hate anti-Semitism.” She did not return to school for another year and a half, after her family moved from Ottawa back to Manitoba. Rather than admit to the authorities that she had missed this time in school, she and her family told the more convenient truth, “I couldn’t imagine going back to grade seven because I would have been older than everybody else so I went to grade nine and we just lied to them. I think that helped me to become an anarchist later on - the knowledge that the system is not in your interest.”

Burstow had a wide range of scholarly expertise and training, starting her post-secondary life with a BA in Philosophy and an MA in English. She began a doctorate in English in the United Kingdom in the late 1960s, but chose to return to Canada before completing it. It wasn’t until her return home in the 1970s that she decided she identified as a feminist: “When I came back to Canada, a feminist person existed that had not existed before in our cities, so I came back to a different Canada than I left.” And, most appropriately for a politically active anarchist, it was “radical feminism that caught me.”

With a passion for learning, Burstow then returned to school and obtained a Master’s in Education (M.Ed.) and a Ph.D. in Educational Theory at the University of Toronto. Burstow began practicing psychotherapy immediately after earning her M.Ed. and found that feminism became “more important to me because sexism was deeply involved in the problems people brought.” However, her education did not support the idea of “patriarchal traumatization” and instead advocated for the pathologizing of women: “Women essentially are diagnosed - being ‘women’ is seen as being disordered. You can see that in all sorts of ways. Women are disordered if they acted like women; women are disordered if they didn’t act like women; and there was always this narrow little ground on which women could stand and [it was] not one that was good for them.” Thus, she took the matter into her own hands and after twelve years of practice wrote Radical Feminist Therapy, which focuses on women’s experiences of violence and their responses to it. It integrates feminist and psychological theory in a manner that is not only theoretical but, most importantly, practical. It attempts to free therapy from conventional pathologizing models and pushes feminist ideology beyond a critique of psychiatry into an outright rejection of it.

As a radical feminist, Burstow was also an activist involved with anarchist, prison abolitionist, and anti-psychiatry movements. After the publication of her book, part of her activism involved giving feminist therapy workshops “all over the place” including crisis and counselling centres as well as women’s shelters. In describing this work, Burstow noted, “I was asked how we work with women with altered realities because I was saying you can do this…. these [were] places that desperately wanted this - they wanted their staff to work in more feminist ways, and in anti-psychiatry ways.”

While Burstow’s training has been primarily in psychology, one label that she did not identify with was “psychologist.” First, because the stringent criteria created through the professionalization of psychology prevented her from registering as one, and second, because she was critical of that professionalization itself and had “mixed feelings” about psychology as a discipline, especially as it progressively aligned itself with psychiatry.

Besides engaging in advocacy work, Burstow attempted to reconcile these mixed feelings through her teaching in the Adult Education and Counselling program at the University of Toronto. In developing her courses, she was able to combine the interests and needs of scholars, activists and practitioners, “all of [which] I am.” Among her many identities, Burstow was also a novelist. She wrote an acclaimed novel, The House on Lippincott, about the experiences of a Jewish immigrant family, Holocaust trauma, and the vulnerability of the human soul. Like her first book, it isn’t just for academics. Rather, it is meant to “get to the average human being” by a scholar who first and foremost identified as “a woman living in the world.”

In 2016 Burstow helped to establish the Bonnie Burstow Scholarship in Antipsychiatry at the University of Toronto. It was the first of its kind globally. Two additional awards in Antipsychiatry and Mad Studies have also been pre-planned through York University and Ryerson University in Toronto to be established at her passing . Ever the activist and scholar she wrote an article about process in Mad in American:

"Roughly speaking, I have provided, as it were, a road map to be followed, used for inspiration, varied, as the case may be. And in whatever way feels right to you, I invite others able and interested to take up the challenge."

Burstow, B. (2004). Progressive psychotherapist and the psychiatric survivor movement.Journal of Humanistic Psychology, 44(2), 141-154.

Burstow, B. (2015). Psychiatry and the business of madness: An ethical and epistemological accounting. New York: Palgrave Macmillan.

Burstow, B.(2017). The Other Mrs. Smith: A Novel. Toronto: Inanna Publications

Burstow, B.(2018, May 8). Three Antipsychiatry Scholarships: The Revolution Continues. Mad in America.