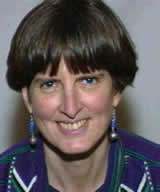 I was socialized to care deeply for the wounded irrespective of their social status. Yet living and working outside our borders among the poorest and most marginalized of the world has taught me that we must do more - we must situate ourselves and each other within the systems and structures of power that all too frequently silence the majority.

Raised in a Catholic family in New Orleans in the 1950's and 60's, Brinton Lykes describes her childhood as an ordinary one "lived in the midst of extraordinary historic events and social movements, yet protected by the privileges of class, race, and gender" (Founder's Day speech at Hollins, March 2, 2006). Lykes recalls living much of her early life as a "dutiful daughter" and finding great meaning and purpose in the Catholic values of charity and social responsibility. "I remember being saddened, even worried, almost obsessed, by the suffering I was seeing as a catechist teaching religion in the local children's hospital or as a white-gloved 'child of the Sacred Heart' delivering Christmas baskets to families in what we all now recognize as the lower Ninth Ward" (Founder's Day speech at Hollins, March 2, 2006). The great social and political upheavals brought about by the civil rights movement and, in particular, the integration of her high school, sparked a politicization of Lykes' commitment to charity and social responsibility as she began to become more aware of her own privileges as a white woman in that particular context and environment.

Opportunities to travel also played a formative role in Lykes personal development and professional orientation. Being outside of the United States allowed Lykes to learn about herself as others saw her. While studying at Hollins College as an undergraduate, Lykes spent a year abroad in Paris. The year was 1968 and Paris was the site of major social upheaval playing out in a series of massive student and worker strikes. Here, Lykes was introduced to socialism and began to develop a structural analysis of poverty. She learned about the possibilities of responding creatively and in solidarity to oppressive social realities. Indeed those 12 months transformed Lykes' understanding of herself and her social world.

In 1970, Lykes began a Masters of Divinity degree in the Theological Studies Program at Harvard Divinity School. The program was intended as preparation for the ordained ministry. It seems a strange choice, Lykes recalls, since "I was raised a Catholic and there was no way I was preparing myself for the ordained ministry in any strict sense of the term." She describes running "head on into collision with patriarchy" at Harvard. Because the ordained ministry was not an option for women, it was assumed that women in the program were only there to find husbands. Although Lykes was not highly interested in questions of the church or the existence of God, she was, nonetheless, very interested in theology and spirituality as a basis for potential political transformation and as a context for organizing. Despite encountering a great deal of sexism in divinity school, Lykes managed to connect with other people with similar interests in social and political justice.

Lykes helped to start a women's group on campus. Interested in exploring women's experiences in the church, the group began what Lykes now describes as a community-based research project interviewing Catholic women in a housing project where Lykes was working at the time. The results of the project were not well-received by the Catholic presses, as Lykes and her colleagues proposed a book that would deal explicitly with "sexuality, people's struggles with abortion, people's struggles with all kinds of issues that, in the seventies, not a lot of people were talking about, but were very much a part of peoples lives who were trying to live somehow connected to organized religion."

As a volunteer at the women's counselling and resource centre on campus, Lykes connected with a number of women who heavily influenced her introduction to psychology and her understanding of feminism, especially beyond divinity school. These women included Dorothy Burlage, who was very active in the civil rights movement, and who, like Lykes, grew up in the south, as well as Barbara Dubois who wrote one of the first dissertations on feminist clinical work. Lykes also became involved in a feminist study group that was a part of a campus ministry collective. Lykes describes her roots in the women's movement as activist in orientation and very much connected to local communities.

After completing her M.Div. degree, Lykes helped to start a program in women's studies at Harvard Divinity School and ran the program as co-coordinator for three years. She went on to complete a PhD in community and social psychology at Boston College. Just as Lykes' involvement in the women's movement was activist in orientation, her research has always been grounded in creating possibilities for social and political action. Throughout her career, Lykes has been critical of how psychology as a discipline tends to "extract the individual from her or his historical context" and her work in psychology has explicitly connected people's and communities' well-being with their social, political, and economic contexts. While working on a project with a local women's group to establish a corn mill in Chajul, Guatemala, Lykes began to see very clearly some of the ways in which mental health and economic development intersect with one another and how Maslow's notion of the hierarchy of needs does not begin to account for these kinds of intersections.

... to see how in the Mayan community and the Mayan peoples, because they have such an intense connection between spirituality and materiality, the material and spiritual are all one, and the psychological is a piece of that oneness. You don't meet one and then the next and the next; they are dialectically interactive in ways that are very complex. We can't think that we can do something that's related to mental health that's not related to economic development and well-being.

Lykes has written extensively on social suffering and the psychosocial consequences for survivors of war, displacement, and terror. She has engaged with communities in participatory action research projects in Nicaragua, Guatemala, and South Africa, working primarily with women and children survivors of political violence. After spending six months in Argentina studying psychodrama, Lykes was able to reconnect with her childhood love of the arts. In 1991, Lykes and collaborators in a number of different countries received a grant to study how the use of the arts could allow children to tell their stories in a way that might help them deal with the some of the impact of state-sponsored violence. Much of Lykes' work has dealt with silence. She has explored the ways in which silence works to isolate and paralyse communities and supports the "official story" of governments in the context of political violence and repression. All of Brinton Lykes' work has sought to disturb this silence.

Lykes, M. B. (1999). Doing psychology at the periphery: Constructing just alternatives to war and peace. Peace and Conflict: Journal of Peace Psychology, 5(1), 27-36. 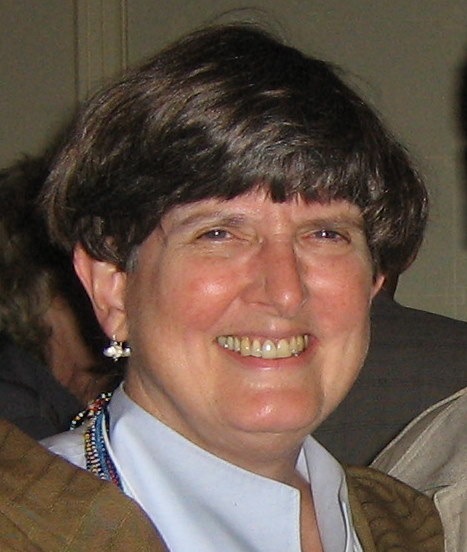