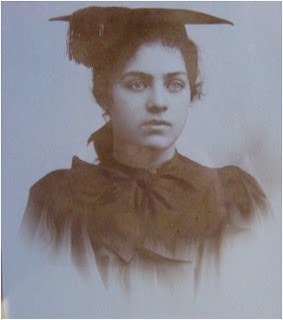 Timeline of Women at Hopkins

Buford Jeannette Johnson was born on August 23rd, 1880 in Thomson, Georgia. Her career in child psychology spanned the course of the early twentieth century. She researched the physiological and psychological processes involved in children’s social development. Johnson never married nor had any children herself. Despite her important accomplishments, Johnson has received little recognition for the work that she contributed to the field of Psychology.

Johnson earned her Bachelors degree in 1895 from LaGrange College, an all women’s school in LaGrange, Georgia. She earned her Masters in 1915 and a PhD in 1916 from Johns Hopkins University in Baltimore. Her PhD dissertation was titled “Experimental Study of Motor Abilities of Children in the Primary Grades” and was published in 1917. After recognizing that most research on the connection between motor abilities and learning processes was conducted with adult populations, Johnson set out to investigate the relationship between children’s motor coordination, learning, and psychological development.

After earning her PhD in 1916, Johnson took up a position as an associate psychologist at the Laboratory of Social Hygiene in Bedford Hills, New York. Shortly after, in 1920, she became the director of psychological research at the New York Bureau of Educational Experiments. During her time as a psychologist with the Bureau, she conducted one of her most prominent studies which investigated the relationship between mental and physical development in children. This study took several years to complete and was published in 1925 in her paper “Mental Growth of Children in Relation to Rate of Growth in Bodily Development.” As part of this research, Johnson and her colleagues studied children of various age groups, ranging from less than 2 years of age to 13 years of age, over the course of 5 years. They measured different factors such as blood pressure, height, weight, the parents’ occupation, and what language was spoken in the child’s environment, as well as intellectual processes and motor abilities. This study found that rates of mental and physical development vary among all children and that mental growth increases more rapidly during the first 5 years of life than later on. Johnson also posited that it is erroneous to estimate a child’s mental age in comparison to other children of the same age group, but that it is important to consider how a child’s social environment affects their mental development.

In 1920, Johnson also became a faculty member at Johns Hopkins University in Baltimore, MD, as an Associate Professor of Psychology. She was promoted to full Professor in 1924, thus becoming the first woman in this department to hold the title of Professor.

During her time as a faculty member at John Hopkins, Johnson became the founder and director of the Child Institute that was part of the psychology department. The purpose of the Child Institute was to promote the scientific study of children’s behavior and psychological development. Johnson and her colleagues designed the institute’s environment to encourage exercise, play, and social interaction, and to support children as young as 2 years old in their development. Many of the children studied lacked this environment in their own homes. Johnson’s research at the institute identified factors that interfered with children’s development. Her findings spoke to the importance of providing children with opportunities to utilize their motor abilities in creative ways to support their learning processes and overall healthy psychological development. This work supported the understanding that the experiences children have in their first few years of life significantly contribute to their intellectual, emotional, and physical development.

Another notable accomplishment was that Johnson was the first woman to be elected President of the Southern Society of Philosophy and Psychology, an organization which promotes the academic study and status of these disciplines through inquiry and investigation, research, and the promotion of diverse ideas.

In one of her last research studies titled “Variations in Emotional Responses of Children” (1936), Johnson investigated manifestations of persistence, anger, passivity, and avoidance in childrens’ responses to difficult situations. Some of these children were in their third year of participation in Johnson’s research. Children of different genders and age groups went through a series of tasks that were intentionally made difficult to complete. Some children responded by expressing distress and anger, some refused to continue the task, and others asked for help from other children and watched idly. Johnson found that age and gender did not influence the way children responded. In her study’s conclusion, she conveyed that it is important to consider a child’s goals within, and perspective of, a situation in order to understand their behavior and to support them in meeting their goals.

Johnson passed away on November 7th, 1954. Though she has received little recognition, Johnson played a prominent role in the history of child psychology, and is remembered for her contributions to the myriad of methods that parents, teachers, and other educators have implemented in their study of childrens’ environments.

Johnson, B. J. (1929). Habits of the child. Charlottesville, VA: University of Virginia.

Johnson, B. J. (1925). Mental growth of children in relation to rate of growth in bodily development: A report of the Bureau of educational experiments. New York: E.P. Dutton & Company.