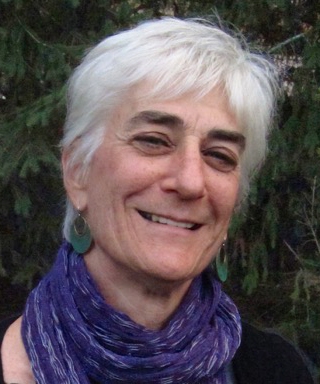 Carla Golden grew up in a progressive working class Jewish home in Philadelphia, PA in the 1950’s and 60s. Her parents were interested in politics and educated her about the civil rights movement; as a young girl she followed the desegregation of Southern schools and later Freedom summer. Her tradesman father was “a radical thinker” who loved to read and get into political arguments with more conservative members of the extended family; Carla learned the art of debate early. Her parents, neither of whom had gone to college themselves, emphasized education, and there was never any question that she would go to college.

At the University of Pennsylvania, Golden was introduced to psychology in her first year by the inspiring teaching of Henry Gleitman. Later she studied Physiological Psychology with Phillip Teitlebaum, and worked in his laboratory. Though initially interested in clinical work (she considered both medicine and social work as potential careers), she fell in love with psychology and decided to pursue graduate work in physiological psych, but not before a brief detour.

Immediately after graduation from Penn, Golden hiked the Appalachian Trail from Georgia to Maine with her college boyfriend; they got married at the end of their 2,000-mile hike. After a year of living in the Catskill Mountains, the new couple applied to graduate schools. Golden was admitted to the PhD program in physiological psychology at Syracuse University, but encountered sexism and sexual harassment from her Ph.D. advisor and switched from the physiological to the life span developmental program as a result. She got her PhD in 1978 under the guidance of Dan Smothergill, studying language development in children.

Golden’s experiences of sexism and sexual harassment were part of what awakened her interest in feminism, especially in the context of the burgeoning “women’s liberation movement” of the late 1960s and 70s. One of her graduate school professors explicitly said to her, “So I see you’re married, I’m not sure I want to invest in you … if you even finish your degree, you probably won’t put it to use”. This made Golden angry and more determined than ever “to fully commit to a career and create an egalitarian marriage”. In the beginning, her feminism was very individualistic and not well developed; it only meant “I wasn’t going to do all the cooking and I was going to learn things that girls weren’t supposed to know how to do, like changing oil in a car.”

Feminism became an explicit part of her identity when she took her first job, which was in Smith College. “I was hired to teach the ‘Psychology of Women’ course…in 1977. It was in that context that I began to learn about feminism as a social movement and the history of the oppression of women. And then of course, I began to identify as a feminist, and go to events and protests and see myself part of a larger movement for equality”. During that early period at Smith, Golden was questioning everything about women’s socialization and even started to question her own heterosexuality. That led to her falling in love with a woman and becoming involved in her first lesbian relationship. “I really went through some significant consciousness-raising during my years at Smith.”

When Golden began teaching the Psychology of Women course at Smith, she “immediately fell in love with teaching, and with the research and literature of feminist psychology”. Since this was not what she had formally studied as a graduate student, she underwent a process of self-education, and read everything that was available on the subject. She was strongly influenced by books such as Jean Baker Miller’s Toward aNew Psychology of Women, Eleanor Maccoby and Carol Jacklin’s The Psychology of Sex Differences, and Nancy Chodorow’s The Reproduction of Mothering: Psychoanalysis and the Sociology of Gender.

Golden became an active member of the Association for Women in Psychology in 1979, and has rarely missed a conference in the last 35 years! In AWP, she found a supportive community of feminist teachers and scholars, who encouraged her research on sexual fluidity and gender diversity. She has presented her work over the years at AWP, including a series of well attended “pre-conference training seminars” on feminist psychoanalytic theory.

Despite excellent teaching reviews, Golden was denied tenure at Smith College in 1983. Students organized protests and wrote articles in Golden’s defense in the school newspaper. Golden surmises that the denial of tenure may have had to do with the fact that she didn’t entirely fit into the Smith College faculty culture; she was a Jewish lesbian woman with radical ideas at a relatively conservative college in the late 1970s and early 80s: “I was just different on too many counts. It may be hard for some people to imagine, but in those years Smith was a more conservative institution.”

In 1983, Golden was hired at Ithaca College where she is now a full Professor of Psychology. She continues her work on the psychology of sexuality with attention to sex and gender diversity. In her writing, Golden argues that gender is neither fixed nor predetermined by prenatal hormones. She explores the broad and diverse expressions of gender in trans communities and concludes that gender develops over time and remains mutable. Beyond her scholarly writing, Golden remains most passionate about teaching, both in college classrooms and in the larger community. She makes current psychological research applicable and relevant, using it to liberate her students from restrictive social categories. In reflecting on how she merges her feminism with her work as a psychologist, Golden responds: “For me, feminism is my work as a psychologist…. And in teaching students, I use feminist psychological theory to help them navigate their lives. I think it is a useful tool for everybody!” 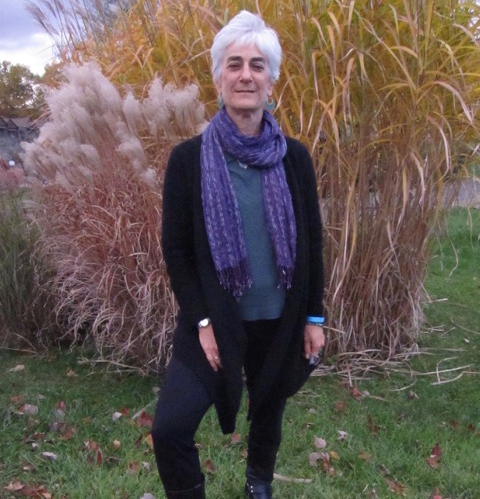