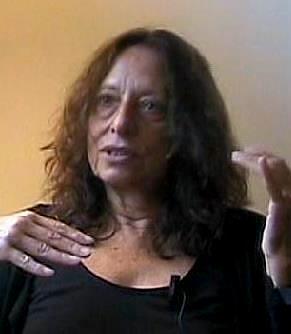 Carol Gilligan at the New York University School of Law

Carol Gilligan was born in New York on November 28th, 1936. She attended Swarthmore College for her undergraduate degree in English Literature, graduating summa cum laude in 1958. She quickly moved onto a Master's degree in Clinical Psychology at Radcliffe College. In 1961 she earned her MA, and also married Jim Gilligan, a medical doctor-in-training. At this point, Gilligan transitioned into social psychology for her PhD at Harvard. Her dissertation was titled Responses to Temptation: An Analysis of Motives. After graduating from Harvard in1964, she took up a teaching position at the University of Chicago for two years, had three children, and moved back to Harvard in 1967. It was at that point that she began teaching alongside Erik Erikson, whom she has long identified as an influence on her thinking. She also began working as a research assistant for Lawrence Kohlberg, another figure whom she identifies as an important influence, despite her criticisms of his work. As she notes of this time: "I can remember sitting at home, here I am, the mother of three children. Also, when my husband was in medical school we lived in married student housing, which is international. Because we were in apartments, we had to go out with our children. So I was spending my days with an international group of women, meaning women of color, from all over the world. And I was doing voter registration, I was dancing in this interracial dance company, and I go back to psychology and it's portraying this world as a world of White men."

Gilligan first achieved large-scale recognition from the psychological and educational communities with the publication of her groundbreaking 1982 book, In A Different Voice. This book was a landmark piece for at least two reasons. First, it cast doubt on the generalizability of Kohlberg's theory of morality, and second, it cemented a new form of feminist critique. Psychology, Gilligan argued, had been unknowingly ignoring the voices and experiences of half the human race. Difference feminism, as her perspective has come to be called, highlights the different qualities of both men and women, but asserts that no value judgment can be placed upon them.

In the book, Gilligan outlined her findings on female moral development and decision-making, drawing on studies with children and university students. In Kohlberg's classic studies, females appeared to be deficient in moral reasoning when compared to similarly aged males. This was true of both children and adults. However, Gilligan had noticed a problem - Kohlberg's early work in developing his moral stage theory was based on studies with only white male participants. In light of this, she began working with female participants facing a personally and politically charged dilemma: whether or not to terminate a pregnancy. The results of her study indicated that women were not deficient at all - they were simply using a style of moral reasoning that was not being captured by Kohlberg's assessment methods. As such, they did not fit within his theory, and their voices were not registering. Instead, Gilligan suggested that the women she interviewed used an ethic of care - their morality was based around care for others rather than appeals to seemingly universal codes of behaviour. She believed that this ethic of care was not inherently limited to females, but it was certainly more common among her female participants. Therefore, the ethic of care was not designed to replace Kohlberg's theory of morality, but rather to complement it. In fact, Gilligan has consistently argued that she would like to see psychology "free itself, both in theory and in methods, from the gender binary and the gender hierarchy."

The book generated much controversy, which cut across disciplines. Feminist psychologists and mainstream psychologists fell on both sides of the debate - some praising it, some heralding it as deeply problematic and essentializing. Whatever the controversy over the book, it still had a deep impact in psychology and in education. In 1992 Gilligan was honoured with the Grawmeyer Award in Education. She was also named one of Time Magazine's 25 Most Influential People in 1996.

Gilligan has recently moved from Harvard to New York University, where she is now able to expand the range of her work. She continues to be highly prolific, publishing on a wide variety of topics relating to female development, manhood and masculinity, qualitative methods, and politics. In 2005, she wrote her first play, an adaptation of Nathaniel Hawthorne's The Scarlet Letter. In 2008, she published her first novel, Kyra. She points out that literature and the arts have much to offer psychology.

She also points out that psychology is integral to feminism. In her words, "Feminism is one of the great liberation movements in human history. It is the movement to free democracy from patriarchy. In that sense, it's a movement to free everyone from the gender binary and the hierarchy of patriarchy in the interest of women and men, in the interest of love. It is a way of dealing with human conflicts other than through the use of force and the imposition of hierarchy. It seemed to me, then, to say, "If you think you can explain the perpetuation of systemic patterns of injustice that is the repetition of a history of violence without a psychological or dynamic understanding... Psychology is integral to a feminism that is defined in those terms."

Mischel, W., & Gilligan, C. (1964). Delay of gratification, motivation for the prohibited gratification, and responses to temptation. Journal of Abnormal and Social Psychology, 69(4), 411-417.

Robb, C. (2007). This changes everything: The relational revolution in psychology. New York: Farrar, Straus, and Giroux.