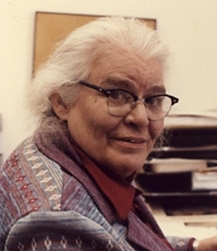 As a young girl, Carolyn Attneave was taught that if she understood a particular culture, she could survive as a member of that culture. This was a lesson her grandfather taught her regarding both her Scandinavian and American Indian heritage. He believed that if she knew enough about both ethnicities, she would be accepted by both her Indian and her White peers. Attneave took this childhood advice and applied it to her career in psychology. She made it her mission to fully understand the groups she studied and this proved to be an extremely powerful and productive strategy for her research and practice.

Attneave was born in El Paso, Texas in 1920. Her mother’s family was part of the Delaware Tribe of Indians, and this aspect of her identity played a huge role in Attneave’s life. The young Attneave maintained her connection to her Indian heritage by spending many childhood summers visiting her maternal grandparents in Oklahoma. Here, she learned valuable lessons about the American Indian culture and community. This sense of community helped her and her younger brother cope as her parents moved the family to a new city every few years.

In 1940, Attneave completed a Bachelor’s degree in English and Theatre at California State University. Soon after, she returned to school to pursue a career in elementary education. However, with World War II in full swing, Attneave put her teaching career on hold and joined the Coast Guard. She was one of the first female officers, and the work she did included research on submarine sinkings and survival guides for the Air Sea Reserve Agency. She also did extensive work with children and minorities. It was in the Coast Guard that she became interested in psychology. Her supervisor was a psychologist who went on to become the director of the National Institutes of Mental Health (NIMH), and he ignited her interest in the field.

When the war was over, Attneave returned to school, now with the intention of completing a graduate degree in psychology. While in graduate school, Attneave met and married her husband. The couple moved to Mississippi where her husband had been offered a job, and Attneave continued to work on her studies. In 1952, she received her PhD from Stanford University and gave birth to her son.

After having two children, Attneave and her husband divorced. Attneave then spent several years in Texas teaching at various institutions including Texas Technical College and Texas Woman’s University. In 1962, she left these positions to start a private practice. She also moved to Oklahoma where she had spent so many of her childhood summers. Here, she began a position with the Oklahoma State Department of Health. The area that she serviced was large and housed seven different American Indian tribes. This position helped expose Attneave to the treatment of mental health issues from an Indian perspective.

The next period in Attneave’s life proved to be incredibly productive. While attending a conference in 1968, she met a fellow psychologist who invited her to Philadelphia to work with Jay Haley and Ross Speck at the Child Guidance Clinic. There, her work focused on network therapy, which relies on an individual’s support networks as an alternative to hospitalization for mental health issues. This network spans beyond the average family network and incorporates people’s neighbours and community members. While conducting this research, Attneave wanted to get a sense of the therapists in the area and how they were offering support to their clients. In doing so, she realized that many practitioners lacked an understanding of the cultural contexts of their Black clients. After identifying this weakness in the process, Attneave decided to move to a predominantly Black area of Philadelphia to gain a better perspective on their cultural and family issues. This helped her to explore different therapy networks, and as a result of this work, Attneave and Speck published their book Family Networks in 1973.

After spending only one year in Philadelphia, Attneave decided to move once again, this time to Boston. While in Boston she founded the Network of Indian Psychologists, which eventually grew into what is now the Society of Indian Psychologists. She was also responsible for founding the largest Indian center in the United States: the Boston Indian Council. Attneave taught at Boston University Medical School, and in 1973 she began working with the Harvard School of Public Health. Her work with Morten Beiser examined the mental health needs of Indians, along with availability and use of psychological resources.

A physical disability caused Attneave to retire in 1987. However, she underwent surgery and extensive physical therapy and was able to continue lecturing into her retirement years. Attneave continued to collaborate with fellow psychologists. She believed that competition among colleagues was a weakness of the profession, so she embraced working with others. Attneave also continued to guide students and help them forge their own identities in the psychology field. Her interests in network therapy, women’s education, community, and children never waned at this stage in her career.

In the early 1980s, Attneave taught at a college in Pennsylvania. While researching the Benedictine order, she became fascinated by the Catholic religion. In fact, she converted to Catholicism late in life because of this research. Her faith was so strong that she insisted she be buried in a Catholic cemetery. After her passing in 1992, Attneave’s family honoured her wishes and she is currently interred in a Catholic cemetery in Pennsylvania. Her dedication to the faith she was studying serves as a final example of Attneave’s commitment to fully understanding and appreciating those she studied.

Stanford University renamed the academic building known formerly as the Serra House the Carolyn Lewis Attneave House. This was done not only to honor the legacy and contributions of Attneave but as an opportunity to inspire continued conversations about the contributions that Native Americans have made and make to Stanford. 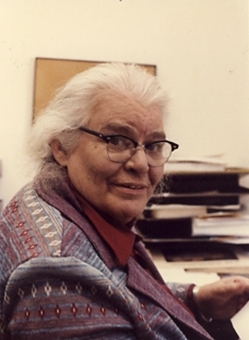 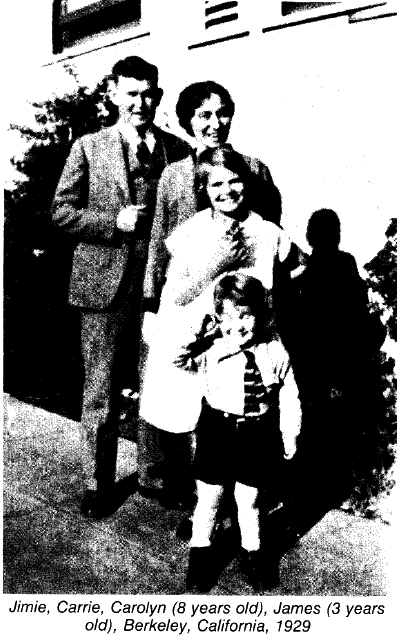 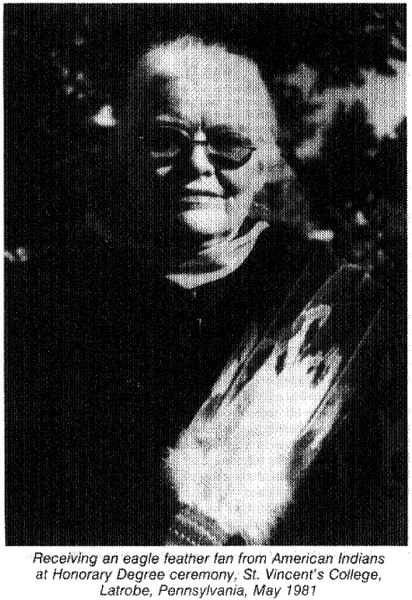 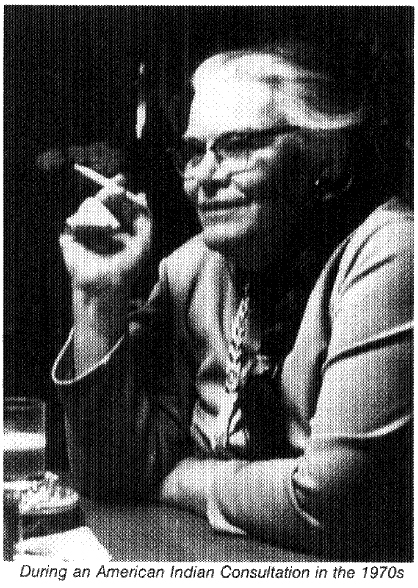 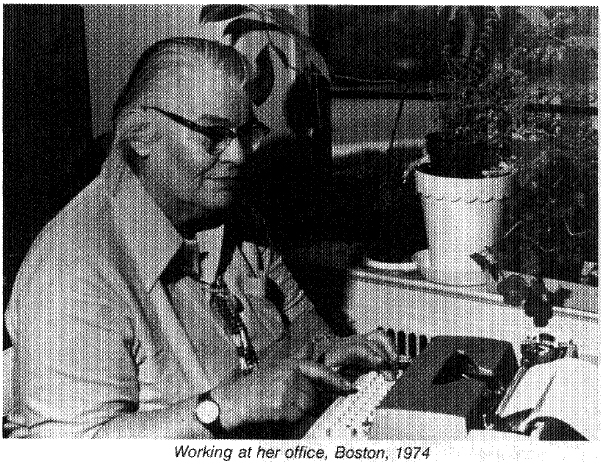