Carolyn Robertson Payton was born in Norfolk, Virginia on May 13, 1925. She was a granddaughter of both a former slave and of African royalty. After graduating from primary and secondary school, Payton obtained a B.S. degree in Home Economics in 1945 at Bennett College in Greensboro, North Carolina, a historically Black women's college.

In 1945, the "separate-but-equal" doctrine was in effect in Virginia. This ruling outlined that when a graduate degree was available to Whites at White state institutions and was unavailable to Blacks at Black state institutions, the state would cover all expenses for the student if they had to obtain an education out-of-state. Since she met this criterion and because of its practicality, Payton decided to pursue the study of psychology at the University of Wisconsin in Madison. Payton was the only Black graduate student in her class, and the class discussions about the superiority of White intelligence inspired her to conduct a comparative study of Black and White intelligence based on the Wechsler-Bellevue Test of Intelligence for her master's thesis. Her study showed no intellectual differences between races, and furthermore, she concluded that the test did not accurately measure Black respondents' true abilities.

After completing her Master's degree in Clinical Psychology at the University of Wisconsin in 1948, Payton was hired as an instructor in Psychology at Livingstone College in Salisbury, North Carolina where she was the only psychologist in the faculty. This provided an excellent opportunity to develop skills and explore areas of interests as a beginning instructor. In 1953, she was hired as the Dean of Women with an appointment in psychology at Elizabeth City State Teachers College in Elizabeth City, North Carolina. In 1956, she took the position of associate professor of psychology at Virginia State College in Petersburg, Virginia. However, Payton felt the need to familiarize herself with administrative principles, so she took summer classes at Columbia University Teachers College. Since she had already accumulated credits there, she decided to pursue a doctoral degree. In 1962, Payton received her Ed.D in counseling and student administration at Columbia University.

In 1959, Payton accepted an assistant professor position at Howard University in Washington, D.C. She studied the perception of primates and taught experimental, child, abnormal psychology. Through the recommendation of her university, Payton became a field assessment officer (FAO) for the Peace Corps where she was responsible for preparing trainees to serve in Togo, West Africa. This involvement led to a full-time position in the Peace Corps as field selection officer. In 1966, she was appointed as deputy director and then director for the Caribbean region.

In 1970, Payton left the Peace Corps and returned to Howard University to direct the University Counseling Service (UCS). She was involved in expanding the UCS into a large counseling and training centre that integrated the university with the community. In 1977, she returned to the Peace Corps as director, a position appointed by then U.S. President Jimmy Carter. She was the first woman, and the first African American, to serve at this level.

After serving thirteen months, she was forced to resign from this position because of the tension between her and the then-director of Action, Sam Brown. Payton returned to Howard University in 1979 to become dean of counseling and career development where she continued her work to expand the counseling and training centre, while also focusing on ethnic minority psychology, especially for African Americans. In 1985, Payton was appointed by the U.S. President to the Board of Directors of the Inter-American Foundation.

Carolyn Robertson Payton passed away on April 11, 2001 at her home in Washington, DC. at the age of 75. She continued to offer advice and consultation to friends, family and former staff at UCS long after she retired. Her efforts to eradicate social injustice make her an outstanding role model for all psychologists. She will be remembered for influencing the lives of many, including students, volunteers, and young professionals. 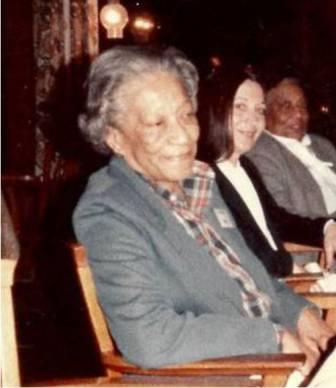 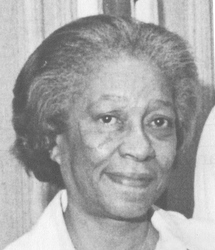