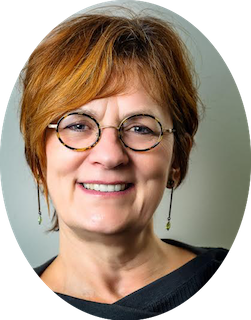 Confronting Cancer: Getting Used to Life, Long Life, with Cancer

Dr. Catherine Classen was born the sixth of seven children, in Humboldt, Saskatchewan. Although her parents were lifelong farmers, when she was 18 months old they decided to pack up and drive west with their six children to start a new life on Vancouver Island. Sadly, when she was 6 years old, her father died. Her mother, a full-time mom, was pregnant at the time and had 7 children all under the age of 15. Classen recalls that watching her mother take a job scrubbing floors on a midnight shift in order to put food on the table was a profound life lesson. She did not want to end up being financially dependent as her mother was on her father. Witnessing her mothers’ suffering led to her resolve to have a career that ensured her financial independence.

She was incredible…Not only was she the sole bread winner responsible for 7 children, she had a large vegetable garden that kept us fed throughout the year, she baked all the bread we ate, and she cooked wholesome food at a time when most people were eating canned vegetables and baking out of boxes…She was also a seamstress, sewing many of our clothes such that we were among the best dressed kids in school…She personified a strong woman and [was] very much a feminist in that sense of really being in charge of her life to the extent that one can be…She was my role model.

Her parents, not having gone to university themselves, did not push her into higher education, but it was when she saw her older brothers go to university that she was compelled to follow:“There was something about proving that I was just as good as the boys […] that has been this driving force in me.”Thus, while her strong mother remained a role model, her mutually reinforcing desires to prove herself and obtain economic independence led her to pursue an undergraduate degree at the University of Victoria.

Without much exposure to academia, Classen entered university with a straightforward interest: to learn to help others. This reflected the deep sense of empathy she had developed for her mother’s pain and struggles at an early age:

I don't know how empathy develops, but I feel as though I developed my capacity for empathy through my experiences with my mother because I was so attuned to what was happening to her and wanting to make her feel better.

Thus, she began to identify as a “helper.”As an undergraduate student, Classen thought of psychology as “the art of therapy”, which was what she really wanted to do. As she began to excel in her courses, she started to dare herself, “to imagine the next thing.” As Classen described, “It was as though with every success it gave me the confidence to imagine the next possible step.As my world was expanding, I kept daring to imagine the next thing.” Using this approach she applied for graduate school and earned a PhD at York University, writing a dissertation on psychotherapy processes under the supervision of Laura Rice and Les Greenberg.

While there were no courses offered on trauma when Classen was in university, trauma work had always been of interest to her because of her own life experiences, beginning with the death of her father and then sexual abuse by a stepfather. She first conducted trauma research during her post-doctoral fellowship at Stanford University, under the supervision of David Spiegel. Here, she published works on traumatic symptoms and treatments for survivors of childhood abuse and began research on psycho-oncology.

After spending more than ten years specializing in these areas at Stanford, Classen yearned for a leadership position where she would have more independence to do the work she was most passionate about. Thus she took a position as Academic Leader of the Trauma Therapy program at Women’s College Hospital, in Toronto, where she worked as both a clinician and a researcher. There she continued to focus on trauma, and on the impact of reproductive cancers on women’s sexuality. Most recently, she has taken a position as Director of the Trauma Recovery Center and the Child and Adolescent Support Advocacy and Resource Center at the University of California San Francisco where she aspires to have an even bigger impact in advancing clinical services and providing training in the treatment of psychological trauma.

In recent years, the work of which she is most proud includes the first empirical demonstration of the benefits of sensorimotor psychotherapy for trauma survivors, as well as evidence that the Women Recovering from Abuse Program transforms attachment patterns in survivors from disorganized to organized over the course of just eight weeks.

While Classen does not identify as a “capital F" Feminist who marches in rallies vocally advocating for women’s rights, she does see herself as a “small f” feminist, because her work prioritizes women’s issues and healing. In her research, she has always considered how, as she puts it, “the position of girls and women in our society plays a big role in [their] experiences [and] their relationships.”Her research also emphasizes the experiences of those who are most vulnerable and ignored. For example, although there is considerable public support for women with breast cancer, there are comparatively fewer resources for women with gynecological cancers. Classen’s research recognizes that “women with gynecological cancers really suffer, especially their body image [and] their sexuality.”Thus, along with her colleagues, she has devised an on-line support and psycho-education group for this under-served population.

I frequently speak about trauma and trauma-informed care and the need for universal precautions - but the challenge is that we are often preaching to the converted…How do you reach those folks who don't have an interest, who don't have an understanding? The idea of universal precautions within our healthcare system, for the busy healthcare provider, can feel a little daunting because taking more time to explain things and be collaborative…you actually have to engage, that takes time. There is a an inherent conflict around that. You have to change the providers, increase their understanding and awareness, but it also has to [come] from the top down. Our system needs to support that.

Classen has certainly created a foundation from which to confidently propel this vision forward and make it a reality. Her third book, Treating the Trauma Survivor: An Essential Guide to Trauma-Informed Care (2015), is a practical guide for service providers to prevent the re-traumatizing of survivors using “universal precautions,” that create safety, trustworthiness, and allow for choice, collaboration, and patient empowerment. This book adds to her long list of over 100 publications. She also established a bi-annual conference, Trauma Talks, which is dedicated to advancing trauma-informed care in health care and social services. Her new role as director of the highly regarded Trauma Recovery Center in San Francisco further positions her to have a broad impact.

Classen also has a large professional network. She has served in a leadership capacity in several organizations, including as the president of the International Society for the Study of Trauma and Dissociation in 2006-2007. In 2015, she became full professor at the University of Toronto, Department of Psychiatry and in the same year won the “Psychologist of the Year” award from the CanadianPsychological Association.With this wealth of experience and distinction, Classen’s upcoming and self-declared “decade of activism” promises to be a fruitful one.