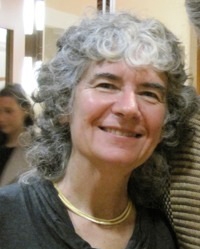 Women and depression; impact of poverty and economic inequality on women and families; effects of gender, parenting, and social networks on inequality perception.

Deborah Belle was born in New York on November 26, 1948. Belle developed a feminist identity from an early age. Witnessing her mother's frustration at leaving a high-powered career in order to raise children (her mother was a newspaper journalist who worked with the Joint Distribution Committee during the war, interviewing influential figures like Leonard Bernstein), Deborah Belle was eager to pursue a future as a professional woman. Raised in a strongly supportive family, she was "certainly encouraged to think that there was no doubt that I could do it." Indeed, as a young child, Belle took her parents' encouragement that she could do anything to heart and she "fully intended to become the first woman Jewish president of the United States."

Likely influenced by her mother's experience, by high school Belle was very interested in the question of why there were so few women in privileged roles. Achieving top grades in high school, but feeling less than fully challenged, Belle began thinking early on about where to go to college. For her undergraduate degree, Belle chose the University of Chicago, where she majored in English. Not sensing a place for herself in the field, Belle went on to study human development as a graduate student at Harvard:

"I did not feel that there was a place for me in English, which may have been looking around and seeing no women and reading no women. I had the sense that by going into the social sciences I could, by adding a little brick, help to build a wall. I had sort of a sense that in the humanities or in writing you had to build your own skyscrapers or something. I think there were some misconceptions there. I re-conceptualized it afterwards as having more to do with just a sense of fit and not feeling that I quite belonged, even though I did very well, Phi Beta Kappa.But I thought I would be interested in psychology and the applied, as well as the basic research aspect, appealed to me."

In graduate school, Belle was very influenced by the cross-cultural perspective of Beatrice Whiting: "[She was] someone who, with her husband, co-founded, I think, the field of the cross-cultural study of human development with such a divergent voice from many of those at the time, back when there was clearly a best way to raise a childand there were certain things that obviously were valued in the child." Belle earned her doctorate in 1976 with a dissertation entitled, The Preschool Child's Techniques for Entering Social Groups.

Belle identifies her work on Marcia Guttentag's Stress and Families Project as having had a strong impact on her career. The project focused on depression as a particular problem for women and found that women at highest risk for depression were low-income mothers with young children. Indeed, Belle's research has continued to focus on the impact of poverty and economic inequality on women and families. She has examined factors such as gender, parenting, social networks, and support, and their effects on inequality perception in both men and women.

Belle is a professor of social psychology, psychology of women, and psychology of families at Boston University. She is the director of the Human Development Program and a member of Boston University's Council on Faculty Diversity and Inclusion. Belle has made tremendously valuable contributions to both academia and policy, as a William T. Grant Foundation Faculty Scholar in the Mental Health of Children, a Fellow at the Radcliffe Public Policy Center, and as the Evelyn Green Davis Fellow in Psychology at the Mary Ingraham Bunting Institute in 1992. She is an active and outstanding professor who has devoted much of her career to researching women and the impact of economic stress on women's mental health.

Belle, D. (1999). The after-school lives of children: Alone and with others while parents work. Mahwah, NH: Lawrence Erlbaum Assoc.