Denise Sekaquaptewa was born on March 2, 1965 in Phoenix, Arizona. Her father was of Hopi descent, and her mother a member of the Navajo Nation. Sekaquaptewa and her five siblings grew up in Tempe, Arizona, and spent summers visiting Hopi and Navajo reservations in northern Arizona. Between her parents’ divorce and her families’ frequent moves, completion of high school was challenging. She left school without graduating, later earning a General Equivalency Diploma. Although Tempe was near Arizona State University, there was no strong family expectation that she would pursue post-secondary studies. From the age of 17, she spent her time working full-time in a restaurant before she returned to higher education. Sekaquaptewa enrolled at Phoenix College, where she took English and Psychology courses. Early on, she thought she might become a writer; instead, she became fascinated by her psychology professor’s research, and developed aspirations to pursue a career in psychology.

Following her aspirations, Sekaquaptewa transferred to Arizona State University. There, she enrolled in a social psychology course that cemented social psychology as her specific area of focus. Her further interests in gender, diversity and stereotyping developed through her participation in courses and research laboratories that explored these concepts. After graduating with a BA, Sekaquaptewa enrolled in Ohio State University’s graduate program under the supervision of social and personality psychologist Bill von Hippel. Although she had also considered clinical psychology, Sekaquaptewa noted that many Native American clinical psychologists had focused their research on, as she put it, the “pathology in the Native communities.” Wanting to avoid this pathologizing stance, she instead chose social psychology because she was interested in taking a wider look at peoples’ everyday experiences:

I guess I just didn’t know of any social psychologists who were Native American. I believe that there were some clinical psychologists. When I looked at that, it seemed like a big focus on problems. You know, like looking at pathology in the Native communities, and focused on all these negative issues. I knew that these were important issues, but I always wondered, “Where are the Native Americans who were just in social psych as the study of every day folks?” and it kind of wasn’t there. I think that’s why I didn’t go into clinical psychology, because I kind of wanted to study a more general experience that people have in their everyday lives (p. 4).

For her PhD, the everyday life experience that Sekaquaptewa chose to explore was that of information processing, and how it is socially mediated. Her dissertation project, advised by Marilyn Brewer, examined the effects of solo status on peoples’ ability to communicate knowledge in tests and oral exams. In this project, Sekaquaptewa showed that solo status – i.e., being the sole member of a particular racial or gender group in a larger group - had a negative influence on academic performance outcomes.

Following her PhD, Sekaquaptewa began her work on stereotypic attribution bias after reading Claude Steele’swork on stereotype threat and noticing its congruity with the effects of solo status. Steele’s research showed that when people are anxious of confirming negative stereotypes about their social groups, their intellectual performance suffers. Reading this, Sekaquaptewa suspected that stereotype threat would be activated in situations where the sole representative of a particular social group becomes aware of their solo status. She began to examine the negative impact of solo status and stereotype threat on women in Science, Technology, Engineering, and Mathematics (STEM). For example, she found that women were less inclined to remain in the field simply by observing other women receiving negative reactions (e.g., shaking heads or narrowing eyes) during a scientific discussion, even though they consciously believed that women were equally as competent as men. She also researched the interaction of stereotypes and discrimination, and demonstrated that negative social interactions with stereotyped groups is common, a problem that plagues women in STEM.

To counter this, Sekaquaptewa advocates for positive and stereotype-free academic settings. She believes in eliminating subtle cues that can trigger implicit messages about belonging, such as computer labs filled with masculine-stereotyped objects such as video game controllers, or a lack of diversity in the photographs displayed in university departments. She is also a strong supporter of student-led diversity initiatives to help support academic success for underrepresented groups, citing the University of Michigan’s 50-year-strong Black Students in Psychology Association as an example. Additionally, she advocates for increased awareness of microaggressions that add salience to stereotypes. Through her current microaggression research with Lorelle Meadows, Sekaquaptewa has demonstrated that small, unintentional behavioral manifestations of underlying stereotypes, such as portraying men as experts and women as notetakers, perpetuate discrimination and limit diversity in STEM fields.

In 2012 Sekaquaptewa became the Associate Director of the ADVANCE program at the University of Michigan, a program that focuses on applying the findings from social science research to support the success of women and other minority faculty. In this role, she became the Director of Research for ADVANCE, during which she helped develop and facilitate workshops to improve the recruitment and retention of faculty from underrepresented groups.

Sekaquaptewa has received several awards for her professional contributions. In 2012, she earned the Sarah Goddard Power Award from the University of Michigan for her role in advancing women’s status. In the same year, she became a Fellow of the Association for Psychological Science. In 2014, the University of Michigan granted her the Harold R. Johnson Diversity Service Award for her contributions in advancing a culturally and ethnically diverse campus community. A year later, she received the Distinguished Service Award from the Society for the Psychological Study of Social Issues.

When asked for advice on how Native Americans can overcome the obstacles and structural barriers presented by the academy, Sekaquaptewa emphasizes the importance of finding a good mentor. She notes that establishing connections with people who provided valuable guidance was very helpful in her career at the University of Michigan. As a faculty member, she also believes in actively searching for students to mentor instead of waiting to be approached, because students may not realize their full potential. Sekaquaptewa has always been a strong mentor, especially for underrepresented students. She takes pride in their collaborative lab work, and allows her students to ask their own questions. Sekaquaptewa, a leading figure in social psychology, continues to inspire women and people of color through her incredible research and student mentoring.

Sekaquaptewa, D. (2011). Discounting their own success: A case for the role of implicit stereotypic attribution bias in women’s STEM outcomes. Psychological Inquiry, 22, 291-295. 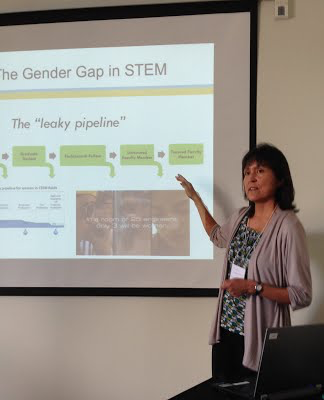 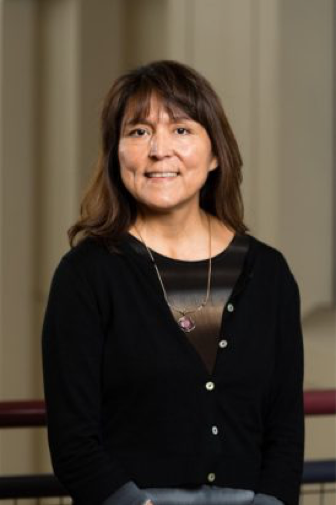