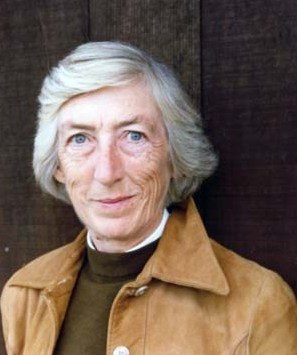 Dorothea Jameson, known to many as “Dottie”, was born in Newton, Massachusetts, on November 16, 1920. She was the third of five children. Growing up in the Jameson family, the chores the children did, the toys they played with, and the skills they learned were based primarily on their age, strength, and preference, not on their gender. Jameson grew up during the Depression so being taught to be independent as a child was not unusual, but the disregard for the gendered division of work certainly was. This home environment, in combination with attending academically focused female-only private schools, proved to be beneficial for Dorothea Jameson, as she excelled in subjects that were typically male-dominated such as Biology and Chemistry.

Coming to the end of her secondary education, Jameson applied to the University of California, Berkeley, but the same year she applied, her mother suffered a ruptured appendix which led to her sudden death. Instead of leaving her hometown, Jameson decided to stay with her siblings and attend Wellesley College, where her older sister Marie was also studying mathematics. Originally, Jameson planned to study chemistry and then go to medical school to become an orthopedic surgeon, but her plans changed in her first year when she took an introductory course in psychology. That class allowed Jameson to take laboratory courses in experimental psychology where she discovered her passion for neurology and psychophysics. By the time Jameson was in her sophomore year, physiological psychology and psychophysics had become her focus.

While completing her undergraduate degree at Wellesley College, Jameson worked at Harvard University as a Research Assistant. The studies she assisted in were influenced by World War II efforts and were undertaken both at Wellesley and the Fatigue Laboratory of the Harvard Business School. The research focused on the cues used in distance judgments and enhancing visual rangefinder accuracy. Jameson continued her position as a Research Assistant at Harvard for about six years, during which time she met Leo Hurvich, a fellow psychologist whom she married in 1948.

Jameson and Hurvich took positions at the Eastman Kodak Company in 1947, when they were recruited by Ralph Evans to expand his Color Control Division. The Division was devoted to the study of color perception but within that area researchers were free to pursue whatever interested or inspired them most. Jameson and Hurvich’s research initially focused on the problem of color adaptation and was aimed at discovering the mechanisms and laws for psychophysical functions. They started with the perception of white, examining the results of different variables such as wavelength distributions, radiant intensities, and area ranges. Eventually, this research led to the couple advancing Ewald Hering’s opponent colors theory into an expansive quantitative take on numerous color phenomena. Some of the topics they covered included hue naming, color blindness, and chromatic discrimination. Jameson and Hurvich published dozens of academic research papers together at Eastman Kodak (1947-1957), New York University (1957-1962), and the University of Pennsylvania (1962-1974). Jameson’s individual studies were more physiology-based, focusing on nerve cells in the retina and the perceptual effects of visual art. Jameson authored and co-authored over 100 published works on the topics of vision and perception.

Even though, formally, Jameson only had an undergraduate degree she had a thriving career due to her extensive research experience. What hindered her most was her marriage; many institutions were against hiring couples, so Jameson did not receive a proper faculty position until 1962 when she became a Professor at the University of Pennsylvania. Jameson was granted tenured professorship at the University of Pennsylvania in 1975 as a Professor of Psychology. Concurrently, Jameson was also a Visiting Professor at University of Rochester (1974-1975) and Columbia University (1974-1976).

In addition to her many research papers, Jameson participated in various scientific organizations such as the National Academy of Sciences, the Society of Experimental Psychologists and the Optical Society of America. As a result of her contributions to the field of colour and vision she received an honorary Master’s degree from the University of Pennsylvania in 1972 as well as an honorary Doctorate of Science degree from the State University of New York in 1989. Furthermore, she received numerous awards including the Warren Medal of the Society of Experimental Psychologists (1971), the Tillyer Medal of the Optical Society of America (1982), and the Helmholtz Award from the Cognitive Neuroscience Association (1987). Although she received many accolades, what really brought her joy was her research and her activism. Jameson believed strongly in working towards social justice and peace, and she fought for these principles through her work for the National Academy of Sciences Human Rights Committee, university grievance committees, and anti-war protests.

Jameson died suddenly at the age of 77 on April 12, 1998 due to undiagnosed lung cancer. 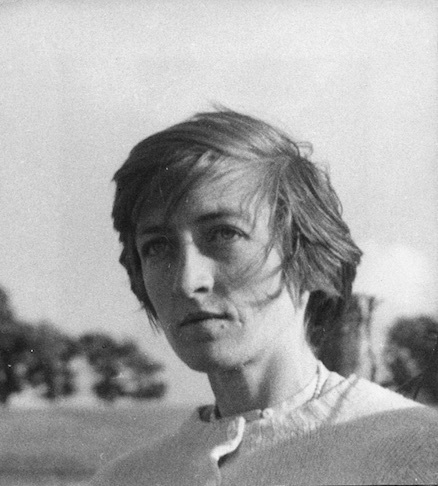