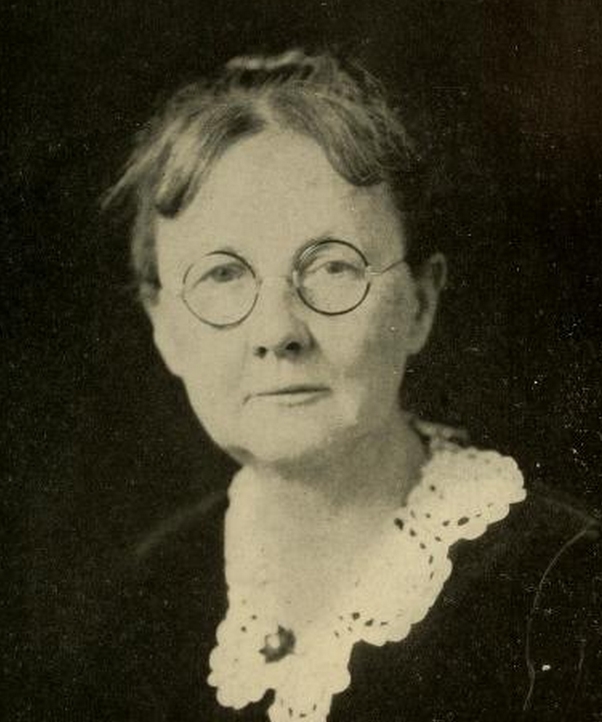 Learning; memory and olfactory sensation; the doctrine of self.

Eleanor Acheson McCulloch Gamble, born in Cincinnati, Ohio on March 2, 1868, was one of the brightest and most distinguished students in her Wellesley class of 1889. After she received her bachelor’s from Wellesley she was accepted to the psychology doctoral program at Cornell University. Her supervisor was renowned psychologist Edward B. Titchener who had studied under Wilhelm Wundt, the German psychologist widely regarded as the “father" of experimental psychology. Her dissertation explored the sensation of smell through psychological experiments and was titled The Applicability of Weber’s Law to Smell. She was awarded her PhD in 1898 from Cornell, one of the few universities during this period that granted degrees to women.

Gamble first began teaching at the Western College for Women in Oxford, Ohio in the field of Greek and philosophy until being transferred to instruct at the Normal School of Plattsburg in New York. She was offered a teaching position in the Department of Philosophy and Psychology at Wellesley College in 1898. She accepted the position and became a member of the Wellesley faculty, teaching and specializing in experimental psychology. She became an associate professor of psychology in 1903 and was awarded the status of full professor in 1910. Gamble remained active in her research and in 1906 studied under experimental psychologist G. E. Müller at Gottingen University in Germany. Müller's work influenced Gamble’s methodology in her own research, as evidenced in her publications on memory. Her open-mindedness also led her to travel to Vienna in 1923 to study psychoanalysis, a new movement in psychology during this period.

While at Wellesley she became director of an experimental laboratory previously run by psychologist Mary Whiton Calkins. Upon Calkins’ death in 1930, Gamble became head of the Department of Philosophy and Psychology. She was very actively involved in the academic community and was a member of the American Psychological Association, Sigma Xi and Phi Beta Kappa and the Ninth International Congress of Psychology. In 1932, she was elected President of the academic year for the Wellesley Chapter of Phi Beta Kappa.

Gamble dedicated her life to academia and her career in psychology. She valued her students and showed interest in them both inside and outside the classroom. This was evidenced by Gamble’s dedication to her student’s research. She advised more than a dozen master’s theses and involved numerous undergraduate students in her laboratory who produced almost fifty minor studies on topics of mental tests, motor dexterity, attention, word-reaction, and consciousness of self. An article including some of these studies was published in 1909 titled Minor studies from the psychological laboratory of Wellesley College: Intensity as a criterion in estimating the distance of sounds. Gamble was a beloved and highly esteemed professor at Wellesley. Her level popularity can be gauged by the fact that she was elected an honorary member of the class of 1926.

Gamble’s research focused on the sensations of taste and smell and perceptions of sound. She remained very active in publishing her research and collaborated with other Wellesley researchers, such as Calkins. She was also involved in editing two volumes of Wellesley College Studies in Psychology and was part of the editorial committee for the third volume just before her death. She influenced research on the doctrine of the self by attempting to bridge the gap between Titchener’s existential psychology and Calkins’ views on self-psychology. Gamble’s writings on this integration were published in 1933 in Outline Studies in the Essentials of Psychology.

From birth, Gamble was physically handicapped from amblyopia in her left eye causing impaired vision. She later developed glaucoma in her right eye. Despite having several eye surgeries towards the end of her life, Gamble's vision progressively worsened. Gamble died on August 30, 1933 and a memorial was held for her at Wellesley College. A eulogy was given by fellow Wellesley colleague, T. Hayes Proctor, who described Gamble as living a zestful emotional, intellectual, and spiritual life. Proctor regarded Gamble and her teaching capabilities highly. He described her as possessing the art of teaching evidenced by her clear and direct lectures enlivened by her wit and humor. He touchingly recalled Gamble as upholding “in a rare degree, that never-failing patience, born of love for youth, without which no teacher is worthy of the name.” A memorial window was dedicated in Gamble’s name in the Wellesley College Chapel. The beautiful stained glass window was designed to symbolize Gamble’s life. The window depicted a robed woman holding a pen and book and included a verse from Proverbs and an owl to symbolize wisdom. Gamble was also known as an animal lover and had great affection for her cocker spaniels, so the window also depicts Saint Francis, the patron saint of animals, with a cocker spaniel. The window serves as a memorial of Gamble’s legacy as a progressive female psychologist and her impact on the Wellesley community.

Gamble, E.A.McC. (1909). Minor studies from the psychological laboratory of Wellesley College: Intensity as a criterion in estimating the distance of sounds. Psychological Review, 16(6): 416-426. 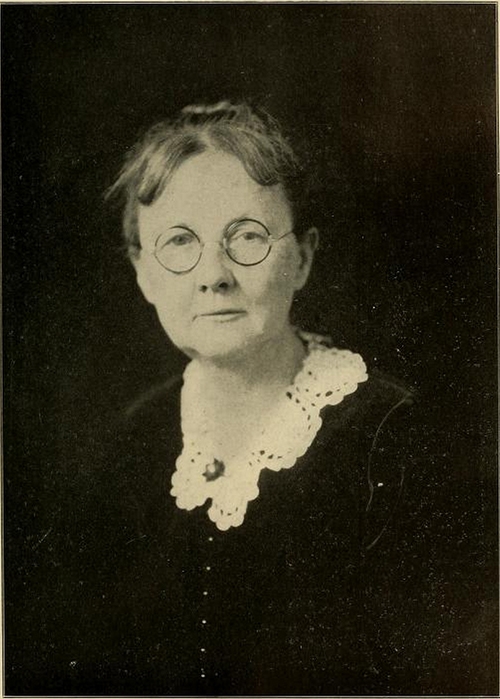