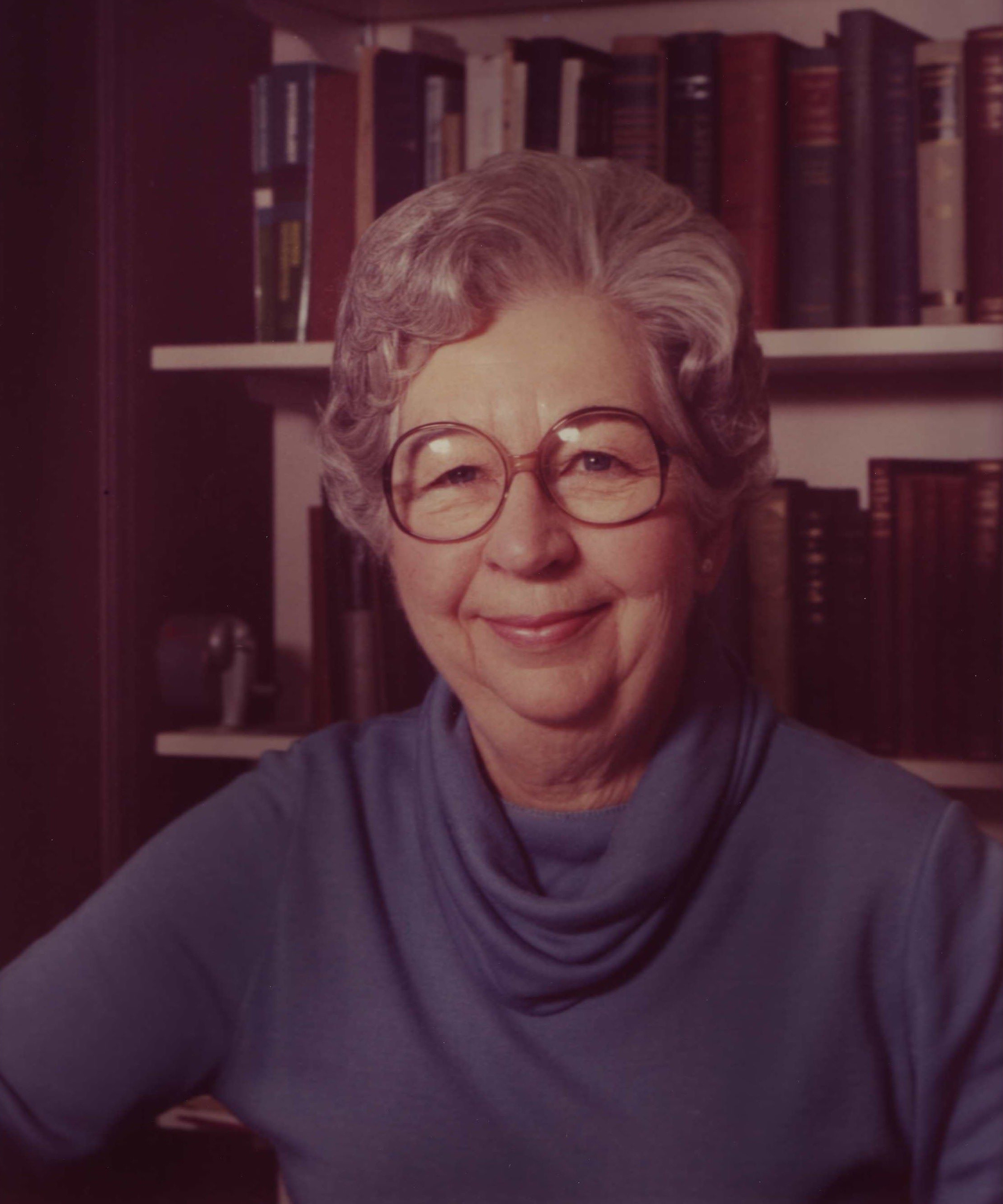 Eleanor Jack was born into a middle-class family in Peoria, Illinois, where her father was a businessman who sold hardware. While her mother, Isabel, did not have a career, she had graduated from Smith College, and after high school Eleanor continued the family tradition and began studies at Smith. Eleanor Jack was drawn to psychology, particularly enjoying classes that were more experimentally-oriented. Eleanor met her future husband, James Gibson, at a graduation garden party at Smith College where she, a junior, was assigned to serve punch and he, a young professor, was assigned to greet parents. As a consequence of their interaction, the next morning Eleanor rushed back to campus to change her fall class schedule to include James’ advanced experimental psychology course before she left for home for the summer. James Gibson, who would later become well known for his ecological theories of perception, turned out to be influential in encouraging Eleanor to pursue psychology. After graduating from Smith, she stayed on for graduate studies under James Gibson’s supervision. They married in 1932, when Eleanor was halfway through the master’s program. Smith didn’t have a Ph.D. program, so Eleanor Gibson took a year off teaching at Smith to attend Yale, where she hoped to do comparative research with Robert Yerkes. However, when she approached Yerkes about being her advisor, Eleanor was promptly shown the door, with Yerkes proclaiming “I have no women in my laboratory” (Gibson 2002, pg. 21). Still wanting to do experimental work, Gibson partnered with Clark Hull, although she did not entirely agree with Hull’s strict behaviorist theories. She chose to write her dissertation on stimulus generalization and differentiation, a topic in which her more functional views could be disguised by behaviorist vocabulary so that Hull would approve it. After receiving her Ph.D. from Yale in 1938, Gibson began teaching at Smith where her husband still worked. World War II interrupted this situation when, in 1941, James Gibson was recruited by the Air Force to create perceptual tests to select pilots, and the Gibsons moved to Texas, and then to California with the military. During this period Eleanor served as a homemaker, taking care of their two young children. When the war ended, they returned to Smith, only to leave for Cornell University a few years later. Cornell had offered James a position, but the school had anti-nepotism rules which meant that married couples could not both be faculty members. Eleanor therefore became a research associate at Cornell, which meant she had to manufacture her own research opportunities. For two years she worked at Cornell’s Behavior Farm, and later ran distance judgment experiments outdoors with military recruits, creatively overcoming the obstacle of her lack of laboratory space and subjects. The experiment for which Gibson became best known, The “Visual Cliff” (1960) took place while she was still a research associate. Gibson partnered with Richard Walk, a Cornell professor, to do learning research with rats. Part of the experiment called for the use of dark-reared rats, and wanting to get more use out of the rats, Walk and Gibson constructed a visual cliff—a sheet of glass over patterned paper. On the ‘near’ side, the paper was directly beneath the glass, on the ‘far’ side the pattern was several feet below the glass. They expected that dark-reared rats would be more likely to walk indiscriminately on the near and far sides, since they had presumably failed to develop depth perception in the dark. However, the dark-reared rats chose the near side, and consistently avoided the far side. Gibson and Walk expanded on this research, testing a variety of animals and experimenting with details the cliff apparatus. Next they tested 36 crawling babies on the cliff, using the presence of the babies’ mothers to motivate the infants to move on the cliff. Despite the encouragement of their mothers, of the 27 babies who left the center of the cliff, only three crawled onto the glass of the deep side. The study with babies was published in Scientific American, covered in the popular press, and became one of psychology’s more famous experiments. Gibson spent the next twelve years studying reading, which also did not require a laboratory. Finally in 1965, after 16 years at Cornell, Gibson was made professor, becoming Susan Linn Sage Professor of Psychology in 1972. Gibson’s interests focused on perceptual learning, and in 1969 she published Principles of Perceptual Learning and Development, a review of the available perceptual learning research. This book laid out what Gibson believed to be the essential characteristics of perceptual learning: the increasing specificity of discrimination, the optimization of attention, and the increasing economy of information pick up and search for invariance. This emphasis on the active search for invariants and structure showed the influence of James Gibson’s ecological theorizing on Eleanor’s thinking. At the time, methods for studying perceptual development in infants were limited and there was only a small body of relevant research. Principles thus served to galvanize the field and carve out perceptual learning as a distinct research focus. The book received that year’s Century Award and was later named a citation classic. When Gibson finally had a lab of her own, she set about doing the research she had called for in her book, investigating infant’s differentiation of the rigidity or flexibility of real objects and their perception of the affordances of surfaces, such as a rigid versus a deforming walkway. In 2000, she reviewed the field again, taking an even more explicitly ecological perspective in Perceptual Learning and Development: An Ecological Approach. Despite the delay in her career, Gibson received much recognition for her accomplishments, most notably the National Medal of Science in 1992, which is rarely awarded to psychologists.

Rodkey, E. N. (2015). The visual cliff’s forgotten menagerie: Rats, goats, babies, and myth-making in the history of psychology. Journal of the History of the Behavioral Sciences, 51, 113-140. 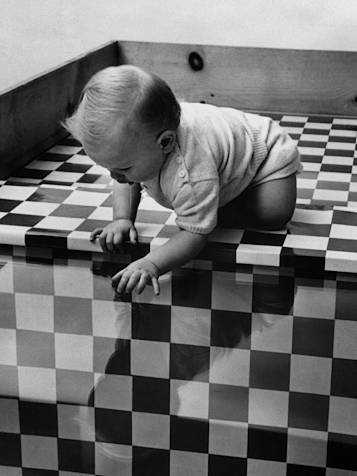 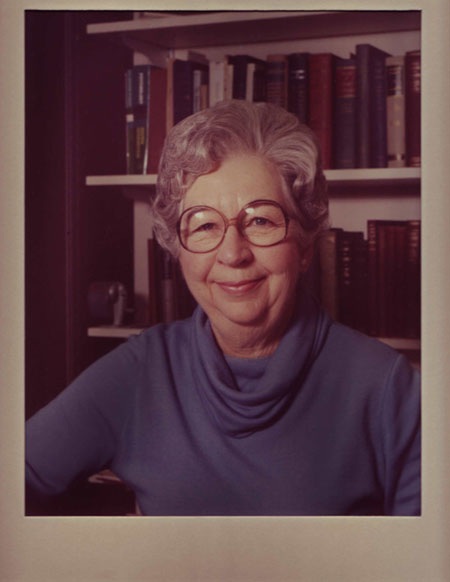