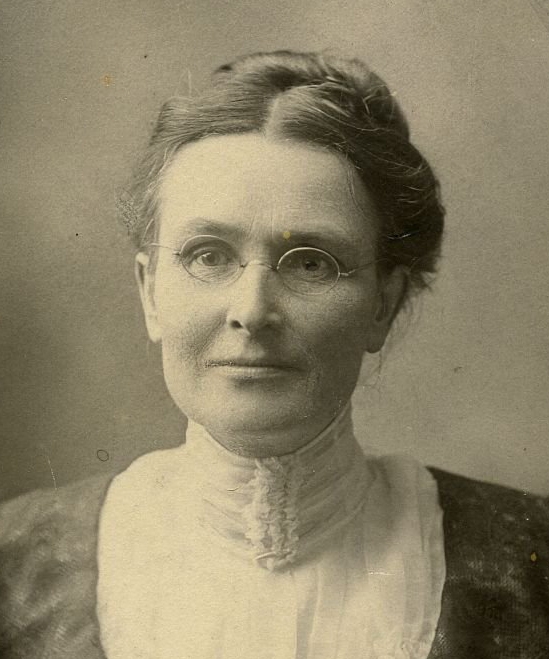 Link to Torontonensis, University of Toronto Yearbook for the Class of ’99 (Baker is featured on page 88).

Emma Sophia Baker was born in Milton, Ontario in 1856. She never married nor had children, devoting her life to learning, teaching, travel and religion. Along the way, she became a much-loved and respected educator who had a “lasting impact” on students on both sides of the Canada-U.S. border. A love of learning propelled her into earning a B.A. and a Ph.D. in her early 40s, a notable accomplishment even today. Hers was the first Ph.D. in Philosophy ever granted by the University of Toronto, and one of the first two doctoral degrees the University of Toronto awarded to women in any discipline. Her interest in understanding the world included contributing to the vast study of colour aesthetics, a field that began with Johann Friedrich Herbart’s work in the late 1700s and continues today.

Baker received her preparatory education at Newmarket School north of Toronto before attending Albert College in Belleville for two years. Upon graduation she stayed at Albert College as preceptress at the women’s residence for three years, then moved to Williamsport, Pennsylvania for a four-year tenure as preceptress at Dickenson’s Seminary (now Lycoming College). Back in Canada, she spent six years as lady principal at the Presbyterian Ladies’ College in Toronto.

The years between her employment at the Ladies’ College and enrolling in the University of Toronto are not well documented, but it is clear that the lure of travel and learning beckoned. During this time, she studied for a year at the Sorbonne in Paris, becoming fluent in French, and then spent another year at Newnham College in Cambridge.

Baker joined the Victoria College Class of ’99 at the University of Toronto in 1897. She enrolled in the Honor Philosophy course (Psychology was a subset of the Philosophy program at that time), saying she wanted to make it “of practical use in life.” Baker threw herself into school life, becoming very involved with College societies. Described by her classmates as having plenty of savoir faire, she acted as president of her class, president of the Y.W.C.A., and vice-president of the Philosophy Society.

She continued at the University of Toronto to earn her Ph.D under August Kirschmann, a scholar internationally known for his work on colour perception. For one so keen, Baker may have seen Kirschmann’s psychology laboratory as the Holy Grail of experimental learning. By the time she had access to his laboratory, he had expanded it to 16 rooms and installed a plethora of instruments for demonstrations and experiments. By 1900 he and his grad students had also established an in-house publication called the University of Toronto Studies, Psychological Series, in order to disseminate the findings of their lab work.

Baker published two of her experiments in the Psychological Series. The first,“Experiments on the aesthetic of light and colour: On combinations of two colours,” determined that the preference for complementary colours was not as popular with observers as had been reported. In fact she found that observers preferred combinations of similar colours, which aligned with Kirschmann’s theory that the most agreeable colour combinations actually occur in the vicinity of the colour in question. She went further to determine that the most agreeable colours need not even be near the complementary colours. Her results also showed a small preference for “warm” colours such as purple, red, orange and yellow.

To arrive to these findings, she conducted an experiment that placed 24 different colours mounted on pieces of cardboard on a table covered in black velvet. Lit from above to eliminate shadows, the room was also free of any other visual distractions. Thirty observers (including professors, professors’ wives, and male and female students), three to five at a time, were asked to pick out the combinations they found most pleasant. Each of the 24 colours was combined with all the other colours. Observers recorded answers on a slip of paper and were asked to ignore any preconceived ideas about colour combinations

Baker’s second publication, “Experiments on the aesthetic of light and colour: Spectrally pure colours in binary combinations,” also reported her finding of a preference for colour combinations in the same range, again disproving the complementary colour theory. In this experiment, Baker varied the size of the surfaces of 12 colours to see which combinations were most preferred by observers. In a dark room, observers looked through a tube at a “ground” colour then, by turning a handle, one of the other twelve colours appeared in the centre. As the colour surface increased, the observer reported whether the combination was pleasant, and if that perspective changed as the centre colour grew larger. Each colour appeared twice—once as the ground colour and one as the centre colour.

With the work for her Ph.D. under her belt, Baker took up residence in Sackville, New Brunswick from 1901 to 1914, the first four years as lady principal of the Ladies’ College at Mount Allison before a promotion to vice-principal for the remainder of her time there. She was awarded her Ph.D. from the University of Toronto in 1903.

Her students and the school community were very important to her. While at Mount Allison, she actively encouraged student discourse, initiating regular gatherings at her home called “five o’clock teas.” At an alumnae reception on May 16, 1906, she defined the goal of the alumnae society as “being the continuance of the bond existing during school years…and the knitting of the family tie among old students at Mount Allison.” She was a strong proponent of promoting the education of women, and encouraged alumnae to support the Mary Mellish Archibald Memorial Fund—an initiative that provided funds to help young women finish their studies.

In 1911 Baker took a year’s sabbatical from Mount Allison in order to visit biblical sites in Jerusalem, Syria, and the Mediterranean. It was not only a personal journey; she wished to return to her students and share her experiences, fostering in them a strong interest in history and religion. Her inquisitive nature was evident in letters sent to the college from her travels. In one, she recalled being so interested in people watching that she became lost, but to be lost in Jerusalem was an adventure in itself: “How different it must have looked in the days when Christ used to walk over to the peaceful little home on the other side. You need no stretch of the imagination to see Him standing on Mount Olivet, looking down on Jerusalem….”

In 1914, Baker once again moved to the United States, accepting a chair in Psychology, Ethics and Economics at the Maryland College for Women in Lutherville, Maryland. She retired from the College in 1928 and returned to Toronto two years later to live out the rest of her life. Baker died on October 26, 1943 at age 87 and was buried in London, Ontario.

Baker, E. S. (1898). Experiments on the aesthetic of light and colour: On combinations of two colours. University of Toronto Studies, Psychological Series, 1, 29-73. 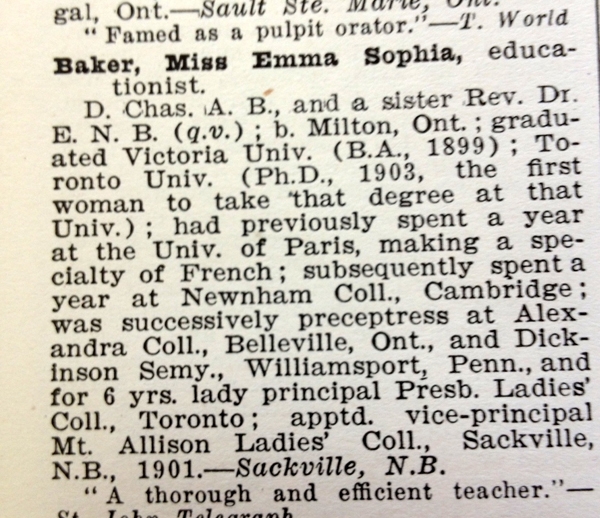 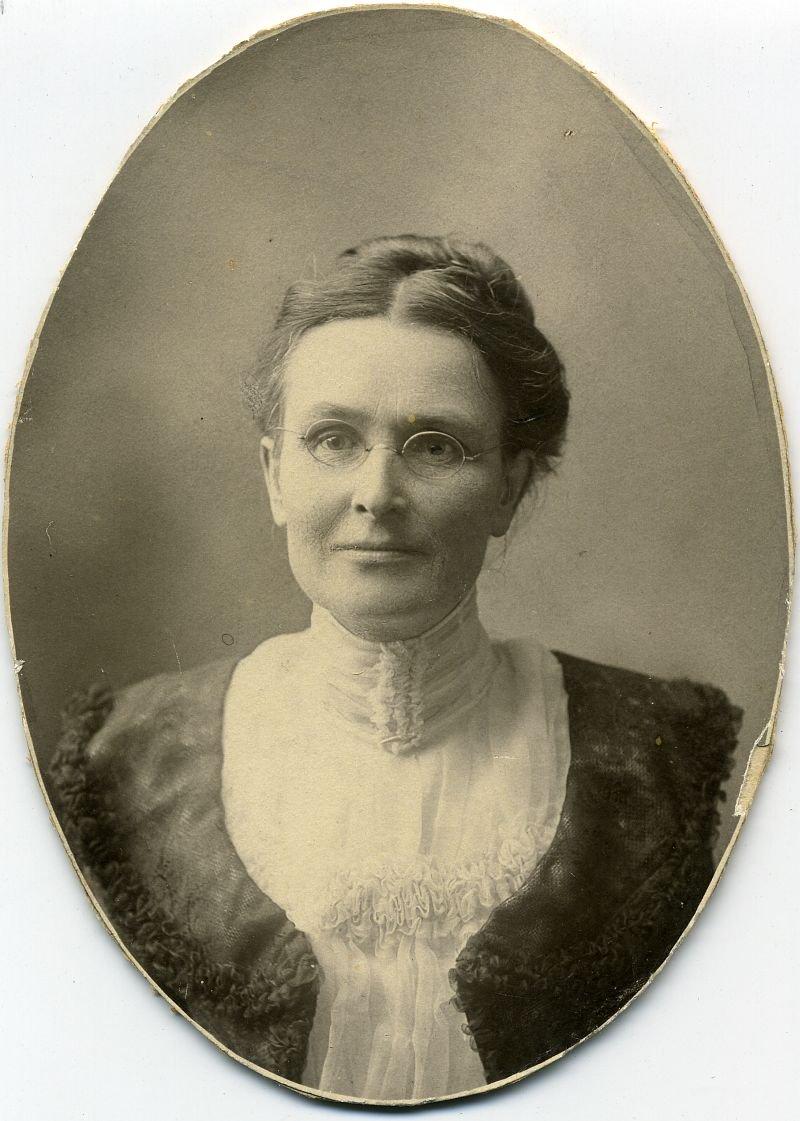 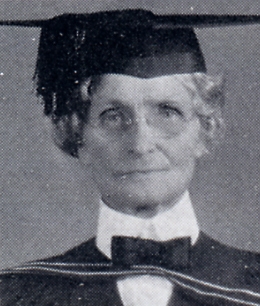