MA, University of the Philippines (1939)

Department of Social Services and Development, Federal Government of the Philippines (1971-1977)

Estefania (aka Fanny) Aldaba-Lim was an accomplished and internationally respected clinical psychologist whose contributions spanned much of the twentieth century. Born in 1917 and raised in Malolos, a small municipality in the Bulacan province of the Philippines, she enjoyed a lively childhood with her parents and 14 siblings. She developed interests in classical music, ballet, opera, drama and travel which persisted into adulthood.

Aldaba-Lim was devoted to her studies and earned her Bachelor’s of Education in 1936 from the Philippine Women’s University (PWU) at only 19 years of age. Three years later, she graduated from the University of the Philippines with a Master’s in psychology. Then, with a scholarship from the University of Michigan, she moved to Ann Arbor and came under the mentorship of American professors such as Walter Pillsbury and Norman Maier. There she became the first Filipina to obtain a PhD in clinical psychology in 1942. Soon after, she married Luis Lim, another Filipino scholar who had recently graduated from the Massachusetts Institute of Technology. Together, they had six children before Lim sadly passed away in 1962 in an airplane accident.

In the three years during which Aldaba-Lim was pursuing a doctorate degree at the University of Michigan, the world was in the midst of the Second World War. As such, she came into contact with women and children who were themselves vulnerable victims of the war raging overseas. She developed a deep interest in supporting the physical and psychological health of children affected by war. Aldaba-Lim went on to a tremendously productive research and publishing career, authoring a total of over 100 research articles and numerous books with a focus on mental health, responsible parenting, child welfare, and women’s rights.

She also advanced her influence on an international level and made many breakthroughs in the field of psychology in the Philippines following her return in 1948. In Manila, she established the Institute of Human Relations at PWU and in 1965 became the Vice President at the university where she had initially earned her BEd over 30 years earlier. In the same year, she helped found and develop the Philippine Association of Psychologists, remaining involved until 1988. Recognizing her exceptional contributions in teaching, research, and service, the University of Michigan presented her with the Outstanding Achievement Award in 1965.

Mental health advocacy and work in the Philippines remained a large focus throughout her career, and Aldaba-Lim became the founder and president of Philippine Mental Health Association in 1952. She also held the first International Conference on Student Mental Health with Margaret Mead in 1956, which was sponsored by the World Federation for Mental Health (WFMH) held at Princeton University. Later, she would be elected the president of the WFMH for two years from 1983-1985, after being an active board member for years.

In 1977, she was elected as Secretary of the Department of Social Services and Development (DSSD), making her the first woman cabinet member in the Philippines. In this position, she chaired the Popular Commission and was able to educate millions on reproductive health and effective parenting.

Still inspired by the children orphaned by the war, Estefania Aldaba-Lim become the chairperson for the SOS Kinderdorf International, an organization that assigns foster families for children orphaned from the war. Alongside George and Susie von Winternitz, they established the Philippine’s first SOS Children’s Village in 1967. She also became involved with UNICEF where she helped to provide benefits such as food, clothing and health care to children living in poverty in developing countries.

In 1976-1977, Aldaba-Lim was elected president of the Girl Scouts in the Philippines and spearheaded the organization’s vision to help girls and young women foster their responsibilities to improve life at home, in their communities, and in the world at large. For her leadership she was granted the prestigious Juliette Low Award from the Girl Scouts of the United States in 1979.

Estefania Aldaba-Lim carried her passion for child welfare to an international level. In 1976, she was elected the Asian regional representative of the UNESCO Executive Board and two years later was awarded the UNESCO Medal for Distinguished service. In 1979, she was presented with the United Nations (UN) Peace Medal. During this time, she became the first woman special representative for the UN, as the assistant Secretary General during the UNICEF-UNESCO International Year of the Child (IYC). Worldwide, nations were encouraged to increase awareness regarding the Earth's then 1.5 billion children to promote their welfare, particularly the impoverished. A total of 151 nations took part in IYC, led by Aldaba-Lim. During her term she also met with world leaders in 71 countries to organize international activities and advance services for disabled children. She was also involved in other international UN conferences. Notable examples include its first Conference on Population and Development and the Fourth in Bucharest, 1974 and its fourth World Conference on Women held in Beijing, 1996. In 1994, she founded the Museo Pambata, the first children's museum in the Philippines.

Her compassion for the less fortunate drove her final project in 2005, in which she organized the construction of 50 homes and donated them to impoverished and homeless Bulacan residents. Named Aldaba Hills after her parents, her children continue to add 20 homes to the village.

Estefania Aldaba-Lim made impressive global contributions and served in many national and international elective positions until her death in 2006. Her prominence in large international organizations such as the UN and the service that she devoted to the Filipino nation during her lengthy career have inspired psychologists, feminists, and women of color around the world.

Aldaba-Lim, E. (1975, September). Rural Women in Development and the Challenge to Social Science. In Ninth Biennial Conference UNESCO National Commission of the Philippines.

Maaliw, A. S. (2005). 1979: Remembering the International Year of the Child: Dr. Estefania Aldaba Lim's two-year campaign for the welfare of children. UNICEF. 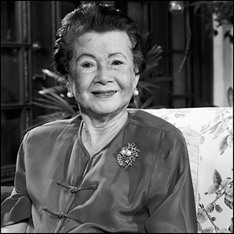 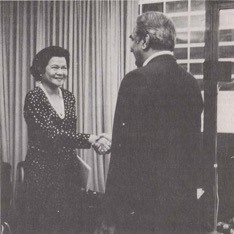