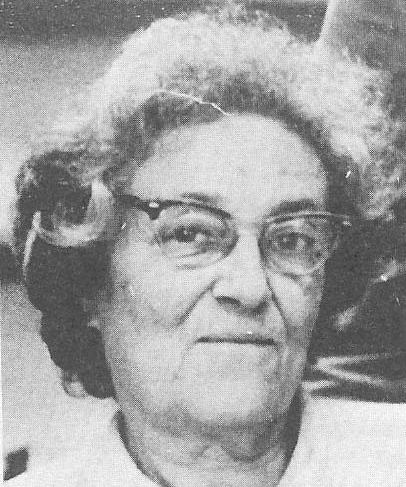 Eugenia Hanfmann was born Eugenia Ganfman March 3, 1905 in St. Petersburg, Russia. Although her father Maxim Ganfman, a member of the Constitutional Democratic party and a political journal, was raised in a Jewish family he joined the Russian Orthodox Church in order to marry her mother Katarina, a university educated teacher. Hanfmann was the first born of Maxim and Katarina's four children, and their only daughter. She was twelve when the Russian revolution broke out, disrupting the family's life. After the Civil War, the family moved to Lithuania, where she completed high school. In 1922, Hanfmann, her mother, and brothers moved to Berlin where the family converted their name from the Cyrillic to the Latin alphabet, and Ganfman became Hanfmann.

In 1923, Hanfmann enrolled in the University of Jena where she majored in psychology with minors in education, philosophy, and English. Her choice of psychology was partially motivated by psychology Professor Wilhelm Peters's willingness to welcome foreigners into his seminars and labs, an unusual practice at that time at the University. She completed her doctoral degree in 1927 with a dissertation on the formation of visual associations. After holding a clerical job in Riga, Latvia for a short time, Hanfmann accepted an assistantship in Peters's Psychological Institute at the University of Jena, where she both taught and conducted research until 1930.

In 1930, Peters recommended Hanfmann for one of two available positions as German Gestalt psychologist Kurt Koffka's research assistant at Smith College in New England. Following an interview with Wolfgang Köhler, Hanfmann and one of Kurt Lewin's students, Tamara Dembo, were selected for the assistantships. Hanfmann and Dembo would go on to collaborate on a number of studies throughout the 1930s and 40s.

In 1932, at the end of her assistantship with Koffka, Hanfmann secured a position at Worcester State Hospital in Massachusetts where she worked under the hospital's Chief Psychologist and Director of Psychological Research, David Shakow. Her tenure at Worcester was her first exposure to clinical psychology. At the hospital she became acquainted with psychological testing, particularly projective tests such as the Rorschach test, as well as the psychology of personality and psychoanalysis. She also conducted research on cognitive functioning, patients' reactions to the hospital, and schizophrenic thinking. She remained at Worcester, receiving an attendant's salary for a psychologist's work, until 1935.

Hanfmann's work on schizophrenic thinking brought her to the attention of psychiatrist Jacob Kasanin in Chicago. In 1936, she moved to the Michael Reese Hospital in Chicago where she and Kasanin collaborated on follow up studies to the work of Russian psychologist Lev Vygotsky. Her work with Kasanin on schizophrenia led to the development of the Hanfmann-Kasanin Test and the publication of the volume, Conceptual Thinking inSchizophrenia in 1942.

Hanfmann's first academic post came in 1939 when she accepted a position as an instructor at Mount Holyoke College. She was soon promoted to assistant professor. In 1944, she took a leave of absence from the institution to accept an invitation to join an important wartime project in Washington, DC. As a senior instructor of the Assessment Staff of the secret Office of Strategic Services (OSS) headed by Henry A. Murray, Hanfmann was in charge of evaluating candidates who had been tasked with carrying out propaganda, intelligence, or sabotage duties behind enemy lines.

Following her work with the OSS, in 1946 Hanfmann accepted a position as lecturer in clinical psychology at Harvard University's new Department of Social Relations. While at Harvard, she also held a research associateship at the University's Russian Research Center. A project by the Research Center on the Soviet social system provided her with the opportunity to exercise her clinical skills interviewing Soviet citizens, now living in Germany, about life behind the Iron Curtain. Together, Hanfmann and her colleague Helen Beier conducted personality assessments of these individuals, and in 1976 published a book on their research, Six Russian Men: Lives in Turmoil.

In 1952, psychologist Abraham Maslow offered Hanfmann the opportunity to move to Brandeis University and start a counselling service for students. She accepted his offer, becoming Professor of Psychology and Director of the Psychological Counseling Center at Brandeis. Her work at this time was largely in the area of counselling for college students, and she published two books on the subject: Psychological Counseling in a Small College (1963), with Richard Jones, Elliot Baker, and Leo Kovar, and Effective Therapy for College Students (1978). In 1962, she also translated Lev Vygotsky's seminal volume, Thought and Things, from Russian to English. Hanfmann remained at Brandeis until her retirement.

Hanfmann's only reported experience of sex-based discrimination took place during her tenure at Harvard in the late 1940s and early 1950s. Despite the department's unanimous recommendation that she receive a three-year appointment, the dean rejected the proposal. The dean's rationale was that such an appointment was unacceptable, as it would entitle Hanfmann to be present at faculty meetings, something no woman had ever done. Nonetheless, changing circumstances three years later allowed her to attain a three-year appointment, and attend a faculty meeting.