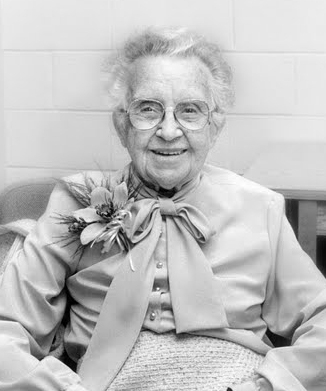 This interview was conducted by C. Roger Myers on May 26, 1969 and is housed in the C. Roger Myers Oral History Collection, Canadian Psychological Association Archives, National Archives of Canada (CPA Archives, MG 29 I 161).

Florence Snodgrass is one of Canada's earliest female psychologists. She studied and pursued her career at a time when women in academia were not considered equal to men and thus encountered a variety of social, occupational, and financial inequities. Snodgrass became one of the very few female department heads at the University of New Brunswick during the 1950s, and during her tenure she took on the difficult task of establishing and developing an independent Psychology Department under an authoritarian administrative regime. Florence Snodgrass was a woman of great humility, determination, and patience. She leaves this legacy behind in the Psychology Department she created.

Snodgrass was born April 8, 1902 to Annie Maude MacLean and William Thompson Snodgrass at Young's Cove, New Brunswick. Her father owned and operated a general store in Young's Cove, and her mother worked as a teacher before she was married. She had two older brothers, Ellis and Russell. Snodgrass attended a one-room schoolhouse in Young's Cove and then went on to Gagetown Grammar School where she completed high-school-level courses. In 1920, she entered the University of New Brunswick (UNB). Snodgrass stated that attending university was a "fluke" during a time when it was thought to be important only to educate young men (Snodgrass, 1969, p. 2). This "fluke" was made possible because she was one of the first individuals, male or female, to receive a Lord Beaverbrook scholarship worth $325 per year for four years of university education, an accomplishment she modestly attributed to luck. While attending UNB, she also held a Queen's County Scholarship and won the Governor General's Gold Medal, achievements that friends say she was often too humble to mention.

At UNB, Snodgrass enjoyed psychology but was on track to become a school teacher. She graduated in 1924, in a class of 35 students, and worked as a teacher for several years in the United States because of the lack of positions in her home province. Snodgrass attended the Harvard School of Education in order to take courses necessary to continue teaching, and earned a Master's degree in Education in 1927. During this time her interest in psychology flourished and she took as many courses as her degree requirements would allow. She then taught high school mathematics for many years in various states including New York and Massachusetts, finally taking a position at Washington College, a small liberal arts college in Chestertown, MD, where she stayed for 12 years. She planned to complete graduate work in psychology but was nervous about giving up a paying job during the Great Depression in order to attend school. To satisfy her interest in psychology and to gain experience, she worked in the Psychology Department of the nearby Johns Hopkins University in Baltimore. Around 1941, Snodgrass enrolled in a doctoral program at Yale University where she focussed on child psychology and tests and measurements. There, she took a seminar with Neal Miller and did testing work with Catharine Cox Miles.

Her education was interrupted when she was called upon to return home to take care of her ailing parents, for whom she was the primary caregiver for nearly 5 years. Snodgrass returned to Yale around 1946 and was granted her PhD in 1949. She recalled that during her time at Yale the Psychology Department was highly entrenched in the behaviourist viewpoint.

Snodgrass returned home to New Brunswick permanently in 1950 when she was offered a position as Professor and Head of Psychology and Sociology at UNB. For many years at UNB there had been no Psychology Department; instead, Psychology was subsumed under various disciplines including Sociology, Economics, Philosophy and Education. According to Snodgrass the University did not "savour" psychology (Cameron, 1997, p. 2) and appeared uncomfortable with the word, causing them to "submerge it- to poke it under some safe name like 'education'" (Snodgrass, 1969, p.19). When Snodgrass arrived at UNB the department was made up of one sociologist and two psychologists, including herself. During her tenure, she steered the department through the transition to an independent Department of Psychology. During the transition, she faced various obstacles from the authoritarian administration of President Colin MacKay, who on many occasions promised funds and space but suddenly and unexpectedly revoked them. The lack of support made it extraordinarily difficult to attract high quality scholars to the Department. However, during the 17 years Snodgrass chaired the Psychology Department, she worked diligently to establish a modern department with high quality facilities and staff. With time and great effort this was accomplished, culminating in her plans for Kirstead Hall a state-of- the-art psychology building. Kirstead Hall represents Snodgrass's vision for Psychology at UNB and is one of the many gifts she left behind for UNB students and staff.

Snodgrass studied and worked during a time when it was not easy to be a woman, or a female psychologist, in academia. She encountered a variety of obstacles because of her gender including lack of access to graduate scholarships (which were often reserved for male applicants only) and severe gender-based pay inequities. She was one of the few female university department heads in North America during the 1950s and '60s. Snodgrass did not marry nor did she have children; in her family's words "she had the courage to make the difficult choice between career and family, and accept the disappointments as well as the rewards of that choice" (Cameron, 1997, p. 3). Snodgrass cared intensely for the welfare of students and believed in the right to education. UNB's first undergraduate scholarships in Psychology, established in 1987, were designed under her direction, and have since been awarded in her name. She also anonymously established a loan fund for students at UNB following her retirement in 1967, when she became a professor emerita.

Florence Snodgrass passed away in Fredericton, New Brunswick on February 23, 1997. Her vision for the Psychology Department at UNB lives on in Kirstead Hall on the UNB campus, which now houses a lounge for students and faculty in her name, and in the various scholarships and loans she created to support students in their pursuit of education. Snodgrass hoped to make the educational journey for others easier than it was for herself, and in this she has succeeded. 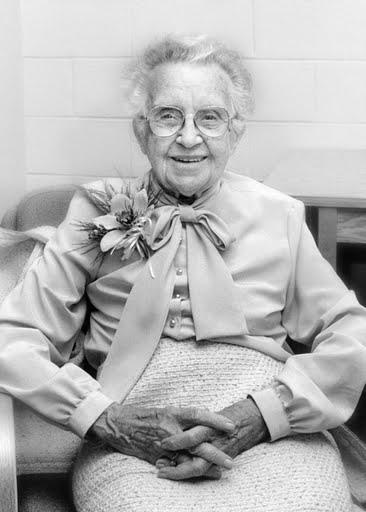