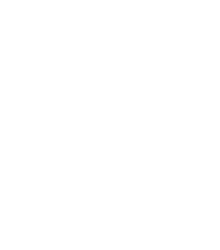 Clinical School of the University of California, Los Angeles (1921-1950)

Grace Maxwell Fernald was born November 29, 1879 in Clyde, Ohio to Nettie (Barker) and James C. Fernald. Her father was an author; among his many publications were Students' Standard Dictionary, Synonyms and Antonyms, English Grammar, Historic English, and Expressive English. The family included four boys, Charles, Henry, Dana, and James, as well as a second girl, Mabel Ruth. Both girls would go on to be psychologists.

Fernald received an A.B. degree in 1903 and an A.M. degree in 1905, both from Mount Holyoke College. She went on to spend three years at Bryn Mawr College before moving to Chicago for doctoral training. Both Fernald sisters obtained their doctoral degrees from the University of Chicago under James Rowland Angell; Grace Maxwell Fernald received hers in 1907. Her dissertation was titled "The phenomena of peripheral vision as affected by the brightness of background and by dark adaptation."

Following her graduation from Chicago, Fernald took a year-long position as Assistant in Psychology and Education at Bryn Mawr College. She would go on to become the first psychologist appointed to work in the Juvenile Court in Chicago serving for a year in 1909 as Assistant Director of the Chicago Psychopathic Institute.

Around 1911, Fernald joined the faculty at the State Normal School, later the University of California, Los Angeles where she would remain for the duration of her career. Fernald began at the institution as the Director of the Psychology Laboratory. In 1918 she was named Assistant Professor of Psychology; in 1920 Associate Professor; in 1941 Professor; and from 1945 on Professor emeritus. In 1921 Fernald founded the Clinical School of the University of California, Los Angeles and served as its Director until her death. The Clinical School served both as an aid to children and adults with learning disabilities as well as a laboratory for research on related topics.

Fernald's research focused on developments in learning techniques. Building on the earlier work of Seguin and Montessori, Fernald developed a kinaesthetic approach to teaching reading. This method, sometimes called the "Fernald Technique," involves teaching students to read whole words rather than sounding out the individual syllables. A description of her method was published as a co-authored article with Helen Keller in the Journal of Educational Research in 1921 and later as a book in 1936 under the title On certain language disabilities: Their nature and treatment. Fernald's most prominent book was Remedial Techniques in Basic School Subject published originally in 1943. Her work at the Clinical School was also the feature of an article in the July 1948 issue of Time magazine.

Following her retirement in 1945 from the University, Fernald remained active with the Clinical School and founded a private clinic and clinical school in Brentwood. She received a number of honours during her lifetime including being named Fellow of the American Psychological Association, American Association of Applied Psychology, and American Association for the Advancement of Science.

Fernald, G. M. (1908). Studies from the Bryn Mawr College laboratory: The effect of the brightness of background on the on the appearance of color stimuli in peripheral vision. Psychological Review, 15, 25-43.

Fernald, G. M. (1905). Studies from the psychological laboratory of Mt. Holyoke College: The effect of the brightness of background on the extend of the color fields and on the color tone in peripheral vision. Psychological Review, 12, 386-425.