"A psychiatrist is a man who has studied medicine, which he does not practice, but practices psychology, which he has not studied."- Dr. Harriet Babcock

Dr. Harriet Babcock discovered her passion for psychology later in her life. She completed her doctoral degree at the age of 53. This however did not hinder her from accomplishing much, and may have allowed her more freedom to express controversial perspectives. Babcock is primarily known for her published work in abnormal psychology. She studied impaired mental functioning, dementia praecox (later called schizophrenia), and tried to establish absolute means of evaluating intellect and abnormal mental function.

Harriet Sprague Babcock was born on January 7, 1877 in Westerly Rhode Island to William Walker Babcock and Mary (Dixon) Rose. The family decended from prominent lines of the period that included several state governers as well as historical roots rumored to date back to the Mayflower. Not uncommon within prominent families at the time she married a cousin H. (Horace) Hobert Babcock in 1901. Little is published about her immideate family and personal life and little is known of the circumstances surrounding her decision to train as a psychologist. It is known that at some point she attended Rhode Island Normal School and taught in the local school system. This was most likely between the deaths of her parents (1904, 1906) and the death of her husband in 1916. After which she relocated to Manhatten, New York, and obtained her bachelor's degree at Barnard College (1921) and Master of Science at Columbia University's Teachers College (1922). From 1923 to 1925, during her doctoral studies at Columbia she was a psychologist at the Manhattan State Hospital. For the following two years she worked at Bellevue Hospital as chief psychologist. Upon graduating, Babcock started a research position at New York University's Department of Psychology, which she held for the duration of her career. Additionally, Babcock served as Psychologist at the Hudson School for Girls, was a consultant with the New York City Guidance Bureau, and worked with Emily Burr, where they focused on guidance for women.

Babcock was seen as controversial by some of her peers because she often went against established norms within the field of psychology. Babcock's initial research centred on problem solving behavior in people with schizophrenia. Dementia praecox: A psychological study compared typical and praecox groups on numerous functions, such as learning capability, their disease type, and its progression. The study aimed to prove two things. First, that schizophrenia was akin to other diseases where organic deterioration was the source of abnormality hence, deterioration could explain the phenomena of schizophrenia. This was contentious because the dominant theories of schizophrenia at the time suggested that the disease occurred due to fragmented focus, or a failure to create abstract ideas. Secondly, Babcock argued that specific facets of schizophrenia can only be explained by mental deficiency due to organic or physiological reasons. Babcock found that dementia praecox was medico-psychological. She encouraged medical and psychological professionals to collaborate and emphasized that patients should never be viewed as hopeless cases, emphasizing that they are justifiably in distress and should be treated with respect.

Continuing to express controversial ideas, in her article Psychologists should study psychology, she contended that mutual understanding between experimental and professional psychology was lacking. She argued that it was important to first study a large number of normally functioning individuals, and only once that was done should the collection of data from abnormal individuals take place. She emphasized that both sides were needed to create a well-defined picture of what functioning is, be it normal or abnormal. Furthermore, she urged that more attention be given to the entire mind instead of only focusing on specific abnormalities.

In her work A case of anxiety neurosis before and after lobotomy Babcock analyzed the effects of psychosurgery. She used comprehensive diagnostic examinations of a single case that distinguished between speed and precision of perception, understanding, memory, etc. The patient displayed perceptual slowness that may have affected his intellectual functioning. After lobotomy, he explained that he felt enhanced, self-assured, and aggressive. Three months later he displayed a dramatic change in intellectual aptitude. He completed tasks more quickly but exhibited less understanding, shorter memory, and a reduced amount of focused attention. Babcock’s findings demonstrated that even though a person might report that they are mentally better, this does not always translate into objective results.

Additionally, Babcock researched the Stanford-Binet test. This was a widely-used standardized test that quantified intellect and cognitive aptitudes. Interestingly, when mentally ill individuals were administered the test, their vocabulary scores were not as affected compared to other subtests. This discovery encouraged Babcock to try and better comprehend intellectual deficits caused by mental illness. This work inspired her to create her own assessment instrument, called the Babcock Test of Mental Deterioration. Her test focused on memory and assumed that older memories and habits were less likely to be forgotten in comparison to new memories or behaviour.

The aim of the Babcock Deterioration Test was to evaluate a patient's pre-illness intelligence by assessing their vocabulary, under the assumption that vocabulary would not be as influenced by mental illness because it is one of the first things we learn and thus a very well-established skill. Subsequently, researchers have critiqued the test by pointing out that in some cases vocabulary can be directly affected by the patient's specific disorder; it is also plausible that some patients had trouble with vocabulary before they became ill.

Outside of the research Babcock was involved with both the larger psychological science communities and New York social set. She was a fellow of the American Associaion of Applied Psychology, the American Psychological Association (APA), and the New York Academy of Sciences. Babcock was also a member of the American Association for the Advancement of Science (AAAS) and the National Council of Women Psychologists. Socially she held membership in the Foreign Policy Association and the National Arts Club. In fact, she was a resident of the club (still located at 15 Gramercy Park) at the time of her death. Dr. Harriet S. Babcock died after what was reportedly a long illness iat the age of 75 n New York Hospital. 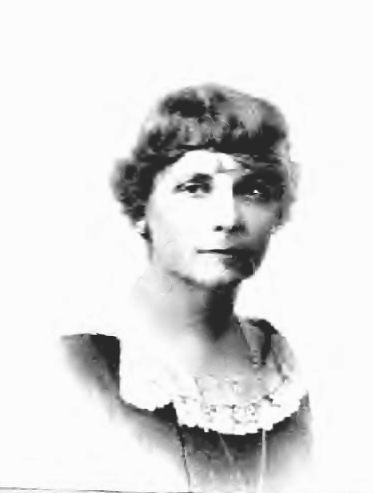