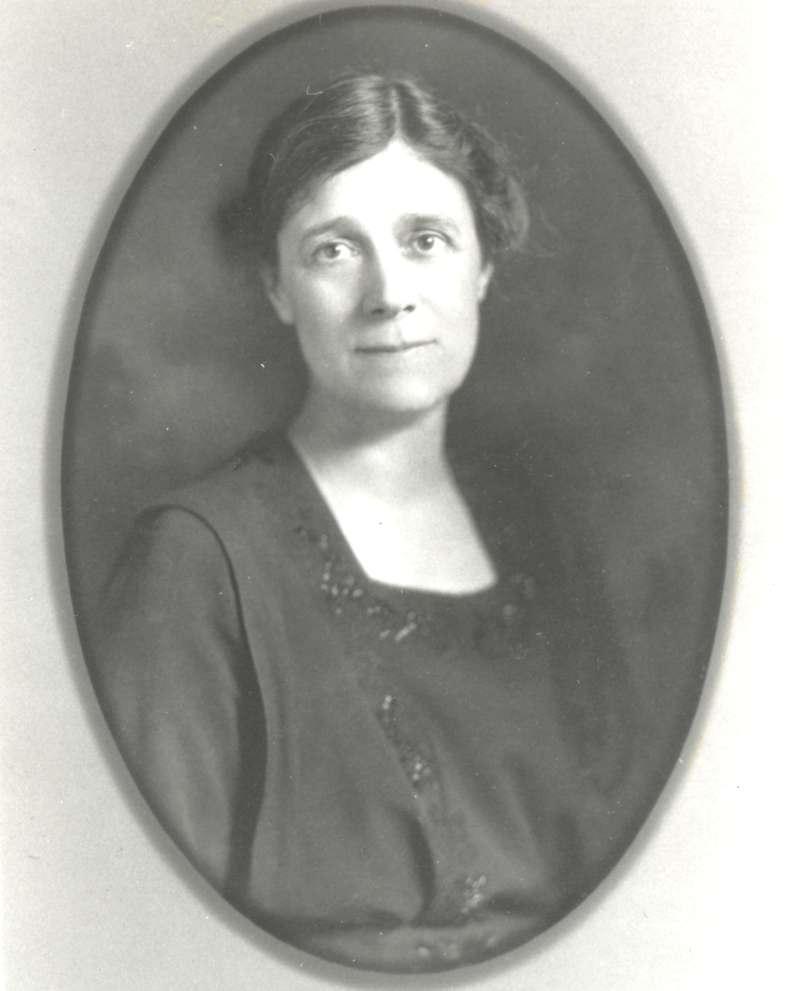 Bureau for the Investigation of Working Children (1911-1921)

Autobiography of Woolley and other letters and keepsakes are in the Woolley family archives under the care of Woolley's granddaughter, Jane Woolley Fowler Morse. Email: jfmorse at geneseo dot edu

Helen Thompson was born into a middle class family in Englewood, Illinois; her father was a traveling shoe salesman and her mother was a homemaker. Perhaps the best harbinger of her later academic success was her father's gift for invention - he designed several useful items, such as a letter sorter for the post office, but neglected to patent them. Thompson's family encouraged her academic pursuits and she soon distinguished herself, graduating at the top of her high school class. Her valedictory essay "The Advance Toward Individual Freedom by the Aid of Invention" struck a progressivist tone - Thompson believed that knowledge produced by science was the key to curing social ills and advancing humanity.

Thompson found a good match for her progressive aspirations at the University of Chicago, where faculty members such as John Dewey were applying psychological knowledge to problems in education. The one-year-old University of Chicago was also an unusually friendly environment for female students when Thompson arrived in 1893, and she flourished there, receiving a psychology scholarship her junior year and graduating summa cumlaude in 1897. Upon her graduation she was offered a graduate fellowship in psychology and began studying under James R. Angell.

The issue of differences between the sexes attracted Thompson's attention, and, with Angell's encouragement, she began conducting research for her dissertation, "Psychological Norms in Men and Women," later published as "The Mental Traits of Sex." Thompson tested 25 men and 25 women on a number of physical and psychological abilities, and found a few differences between the two - men seemed to be better on motor skills and tasks requiring ingenuity, while women demonstrated better sensory discrimination, memory, and association abilities. However, these differences tended to be small; in general there were far more differences within than between groups. Thompson emphasized the similarities in her dissertation, and accounted for the differences with environmental explanations.

Although her results did not receive widespread acceptance (some reviewers objected that her female college student subjects were likely more similar to men than the average woman), Thompson's dissertation was one of the earliest efforts to empirically test widely-held assumptions about differences between the sexes. In her review of the sex differences literature Thompson commented "There is perhaps no field aspiring to be scientific where flagrant personal bias, logic martyred in the cause of supporting a prejudice, unfounded assertions, and even sentimental rot and drivel, have run riot to such an extent as here"(Thompson, 1910, p. 340). In 1900 Thompson received her Ph.D, again with highest honors. Her exemplary work was remembered by Dewey and Angell and recounted to subsequent generations of students, such as John. B. Watson, who had the misfortune to graduate "only" magna cum laude two years later.

After studying briefly in Europe, Thompson accepted a teaching position at Mount Holyoke College for Women in Massachusetts, where she received funding to create the school's first psychology laboratory. Several years earlier at the University of Chicago, Thompson had become engaged to Paul Woolley, a medical student. Paul was now chief pathologist at a United States government laboratory in the Philippines, and in 1905 Thompson left her job at Mount Holyoke and travelled to Japan to marry Paul. Helen Thompson, now Helen Woolley, struggled to stay current in psychological research while in the Philippines.

Woolley returned to the states for the birth of her first child, eventually joined by Paul who had resigned his job abroad, and accepted a position in Cincinnati. Woolley worked at the University of Cincinnati, and became involved in applied work. In 1911 she was appointed director of the Bureau for the Investigation of Working Children, a Bureau which had been set up to research the effects of child labor. A new law had just been passed in Ohio, allowing children ages 14-16 who had completed fifth grade to voluntarily withdraw themselves from school, provided they could produce a certificate that showed they had a current job. Woolley set out to run a sample of working 14 year olds and a control group of non-working students through an extensive battery of tests, which she hoped would produce a new scale that could become the new standard for adolescent testing. Although Woolley eventually conceded that her new scale had been surpassed by other tests, her impressive work - testing a staggering 5483 subjects multiple times over the course of several years - set a precedent for the use of psychological testing in vocational and educational settings.

Woolley expanded the Bureau to include testing children for class placement, both for advanced and struggling children, and for children referred from the juvenile court system. In 1918 she was elected the second vice-president of the National Vocational Guidance Association and three years later she became the Association's first female president. However, Paul was restless in Cincinnati, and in 1920 he accepted a job in Michigan. The next year, after a warm send-off including a farewell banquet attended by 300 people and the establishment of a scholarship in her name, Woolley joined Paul in Detroit. There she became the assistant director of the Merrill-Palmer School, which allowed her to research nursery school children. Woolley was concerned that by the time places like the Cincinnati Bureau caught children struggling in school, it was too late to help them. She hoped nursery school innovation would rectify this problem.

In 1923 Paul left for California to receive treatment for his tuberculosis, leaving Woolley to provide for their two young children. Soon after, Woolley was offered a job at Teachers College in New York, which had received Rockefeller funding to create an institute for child study and parent education. Woolley commuted between Detroit and New York every two weeks of the spring semester of 1926, working both jobs, and began to have health problems as a result. It was discovered that she had a tumor, and underwent a hysterectomy and an appendectomy. In addition, her husband filed for divorce, and her best friend died. SubsequentlyWoolley had a mental breakdown and spent a year recovering in a sanatorium. Woolley returned to duties at Teachers College, perhaps before she had completely recovered, and struggled with the administrative load. Her supervisor, Dean Russell, first reduced her duties then asked her resign. Only 55, Woolley would be included in Cattell's prestigious list of American Men of Science a few years later, but she would never work again.

Woolley contacted her old mentor Angell, asking for his help in finding a job, but based on his communication with Russell, Angell felt she was not fit to hold a strenuous teaching job. Woolley turned down the one less prestigious job that Angell found for her and compiled an 11-page account of her ill treatment by Russell, which she distributed in her various attempts to find employment. It appeared that she had some memory problems (she seemed to misremember the occasion of her resignation), and was obsessed with the idea that she had been ill treated. These problems, combined with the financial realities of the Great Depression, forced her to be completely dependent on her daughter and son-in-law until her death in 1947. To the last, Woolley saw the loss of her job as result of her gender - Russell had reneged on a promise that she would be guaranteed work in the college if the Institute ran out of funding. She wrote in her autobiography, "The promise was, of course, not put into writing. Such promises rarely are. It was in the nature of a gentleman's agreement." However, "when one party in a gentleman's agreement is a woman, with no written evidence of the agreement, it counts for little. That I did not understand at the time."

Thompson, H. B. (1903). The mental traits of sex. Chicago: University of Chicago Press.

Woolley, H. T. (1915). A new scale of mental and physical measurements for adolescents and some of its uses. Journalof Educational Psychology, 6, 521-550. 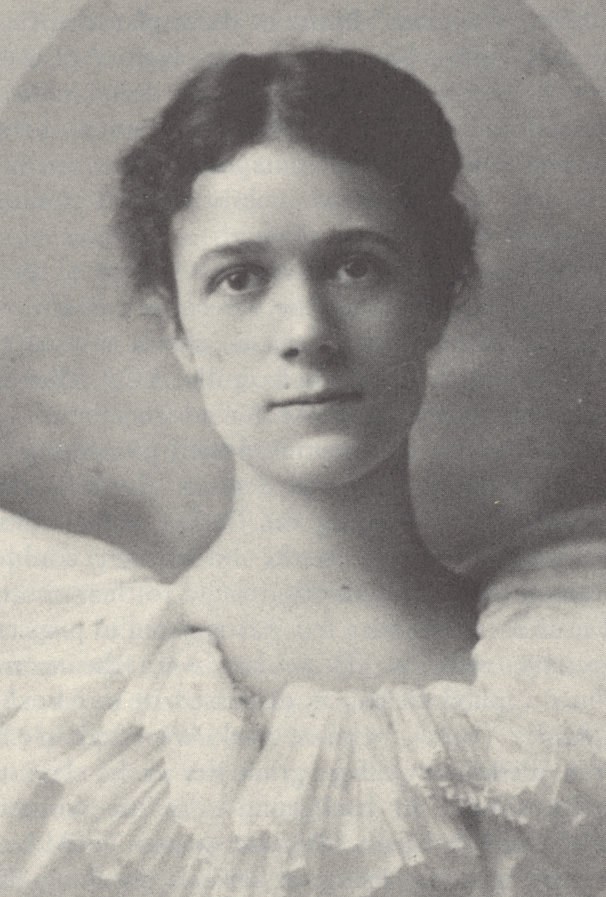