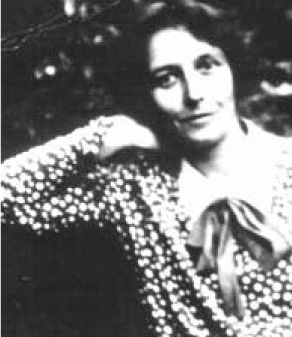 The daughter of a colonel in the Russian army and the eldest of three daughters, Helena Wladimirna Antipoff was born to a wealthy aristocrat family on March 25, 1892 in the city of Grodno, Belarus which was then a province of the Soviet Union. She was educated in the traditional aristocratic style, learning to speak English, German and French, and to play the piano. Following the family’s move to St. Petersburg, she went to an all-girls institution where she was encouraged to pursue scientific studies by a teacher who was a former student of Pavlov.

Due to the social unrest prior to the Russian revolution, her family moved to Paris to find better education opportunities for their daughters. While her mother taught Russian to French students at home, Antipoff attended the University of Sorbonne, and obtained a Bachelor’s degree in science in 1911. During her studies in Sorbonne, she attended the lectures of Pierre Janet and Henri Bergson on psychology which first ignited her interest in the subject. Upon her graduation, she interned at the Alfred-Binet Laboratory at Sorbonne under the supervision of Theodore Simon, assisting in the ongoing experimental work on measuring the intellectual ability of school-aged children. During her internship, she became acquainted with the techniques used to validate mental tests, the analysis of different items of the scale, and the study of the relation between verbal development and motor skills.

Enthusiastic about the field of psychology, she went to Geneva, Switzerland to study with the psychologist Edouard Claparede who was a pioneer in the area of children’s learning. She received her training at the Institute of Jean Jacques Rousseau (IJJR) from 1912 to 1916 where she obtained a diploma in Educational Psychology. She accepted the invitation of her supervisor Claparede to join the team of researchers at IJJR and devoted herself to research on intelligence testing and children’s learning. She acquired extensive knowledge of the “Active School” methods - a specific approach developed in Geneva which emphasized mainly the autonomy and creativity of children in their process of learning basic skills. While at Geneva, she also worked as a school teacher at the experimental school Maison de Petits which was connected to the IJJR for the purpose of experimenting with new methods of education.

In 1916, she left Geneva and moved back to Russia to take care of her father who was seriously injured in the Great War. Despite the deployment of the Bolshevik armies, and the social and political instability that followed the October Revolution, she decided to stay in Russia until 1924. She arranged for her father to be treated by distant relatives in Crimea and returned to Petrograd (formerly St. Petersburg) where she worked in a shelter for abandoned children who had lost their families in the war; she investigated the effects of war on the mental development of pre-school children. During her stay in Petrograd, she became acquainted with the directions taken by Soviet Psychology under the influence of the historical-cultural approach. In 1918, she married the journalist and writer Victor Iretzky and in 1919 she had a son, Daniel Iretzky Antipoff, who later became a famous agronomist and an educator.

Antipoff published articles on the results of her investigation of children’s cognitive capacities in 1924. However, the articles were severely criticized by the Soviet regime claiming that they demonstrate the superiority of upper-class children over working-class ones in standardized tests, although Antipoff interpreted the results as indicating that the scope of the tests were bounded by the cultural constructs of the upper-class.

Because of the restricted freedom of expression in Soviet Russia and her husband’s exile to Berlin, Antipoff fled to Germany in 1925. She lost her Russian citizenship upon leaving the country. A year later, Antipoff and her husband separated, and she went back to the IJJR in Geneva as Claparede’s assistant, and a Professor of Child Psychology. There, she published articles on children’s process of learning about and interacting with their environment. The influence of Claparede’s functionalist and interactionist approaches, and the Soviet historical-cultural approach, were evident in her published work.

In 1929, Antipoff accepted an invitation to prepare Brazilian teachers at the newly established Teachers College in Belo Horizonte. Once there, she also started a research program for the purpose of studying the interests, ideals and cognitive development of school children at the Teachers College Laboratory of Psychology -- one of the first laboratories of psychology established in the country. As she stated in her first published report in 1930, Antipoff's purpose was to orient herself “as soon as possible, as to the psychology of small Brazilians, and to understand their general psychic character" (Campos, 2001, p.143).

The idea that local children's interests and ideals deserved closer attention prompted Antipoff’s concern over cultural differences in mental processes. She designed a questionnaire for fourth graders, dealing with their preferred tasks at home and at school, preferred toys and books, adult models, and plans for the future. She compared these results with those obtained in Germany, Switzerland, United States and Moscow, and revealed the impact of social environment in shaping children’s inner trends. Based on these results, she stated that children’s intimate nature could develop adequately only in a sufficiently diversified environment. These basic assumptions would guide her later work in Brazil: the concern over the impact of social environment on shaping human cognitive features, and the belief that schools could successfully help to develop children's capacities. Only a year after, Antipoff published a second report titled "The Mental Development of Belo Horizonte School Children" which provided a deeper examination of the impact of society and culture on the development of cognitive skills.

After several successful renewals of her initial contract at the Teachers College, Antipoff decided to permanently stay in Brazil. She conducted other studies concerning the mental development of children in Belo Horizonte public schools at the Teachers College Laboratory of Psychology during the 1930s. She criticized Binet’s definition of intelligence as a “capacity to solve new problems through thought” (Claparède, 1933; as cited in Campos, 2001, p.145) as well as intelligence tests for imperfectly measuring the intellectual ability. For her, intelligence was “a more complex product shaped by the actions of several agents, besides innate intellectual dispositions and biological growth, the combination of character and social environment in which a child grows up, as well as the pedagogical action, education and instruction to which a child is submitted both at home and at school.” (Antipoff, 1931; as cited in Campos, 2001, p.145). She defined the intelligence measured by IQ tests as a “civilized intelligence” in contrast to natural intelligence, meaning that intelligence is a function of experience acquired through time.

In 1932, Antipoff founded the Pestalozzi Society (named after the famous 18th century Swiss educator Johann Heinrich Pestalozzi) in Belo Horizonte in collaboration with a group of educators, doctors, intellectuals and philanthropists to help solve the problems of exceptional and socially disadvantaged children. Soon after, the Society established a medical-pedagogical center where children with mental deficiencies or disorders were guided and treated. Antipoff viewed individuals with mental disabilities as people and encouraged the use of non-derogatory words such as exceptional to describe this population, instead of using the words such as abnormal, subnormal or subhuman. She replied when questioned: “We are devoted to de-emphasizing the labels that were used in our first publications, such as abnormal children, imbeciles, and idiots. They are so very pejorative. Don’t you think?” (Antipoff, 1975; as cited in Block, 2007, p.187)

However, with the Estado Novo [New State] coup of 1937, the fascist government of state Minas Gerais did not renew Antipoff’s contract at the Teachers College. She did not return to Europe because of the Second World War, and decided to stay in Brazil for the rest of her life. In the early 1940s, Antipoff established the Fazenda do Rosario Farm School in Ibirite, aimed at applying Active School methods for the education of exceptional children in an ideal rural environment in which they could interact safely and successfully with the local community. She saw education as a source of democratization such that children should be supported and encouraged to develop their capacities at schools. In the 1950s and 60s, the Rosario Farm School became an experimental site, educating teachers for rural schools.

After receiving her Brazilian citizenship in 1952, Antipoff found a position as Professor of Educational Psychology in the School of Philosophy, Humanities and Sciences at the Federal University of Minas Gerais. She contributed to the education of the first generations of Brazilian psychologists, and helped initiate the legal regulation of the profession. In 1972, she became Professor Emeritus at the School of Education of the same institution. Towards the end of her career, Antipoff established a state foundation for rural education in 1970 and the Milton Fields Association for Development and Assistance for Vocations in 1973. She received the Boilesen Prize for her services in education shortly before she died in 1974 in Ibirite.

As a researcher and an educator of children with mental disabilities for a period of over 45 years, Antipoff significantly contributed to the development of a national model for special education and support services for disabled people in Brazil. She advocated social and educational inclusion at a time when individuals with disabilities were being sterilized, persecuted, imprisoned and even killed in other countries. As a result of Antipoff’s efforts, there are currently over 100 Pestalozzi Societies scattered throughout the country, providing services for people with disabilities. Today, her work is achieved and carried out in the Helena Antipoff Foundation in Brazil. In recognition of her accomplishments, the former governor of Minas Gerais, Milton Campos said: “She planted ten thousand seeds in our wilderness. All teachers and students whose lives she touched will now continue her work.” (Pestalozzi Association of Niteroi, n.d., “Helena Antipoff”, para. 19) 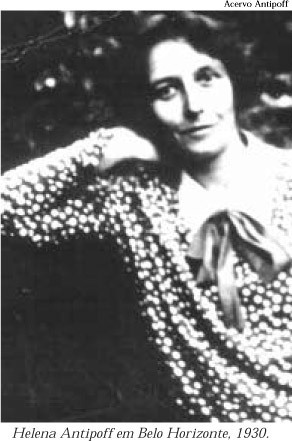 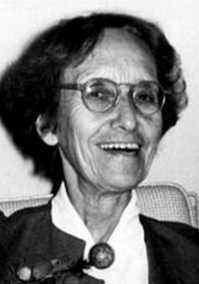 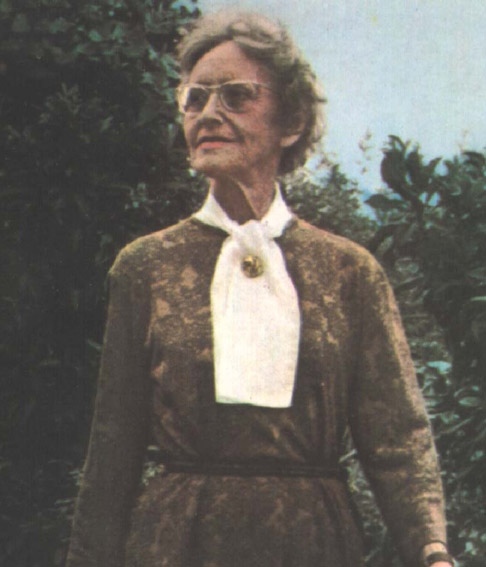