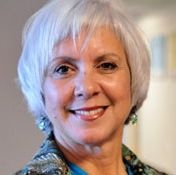 Profile and video clips from 4Researchers.org

As a Cuban refugee living in Los Angeles, a young Hortensia Amaro learned quickly about the downfalls of the public health system in America. Even at the age of ten, she recognized how difficult it was for immigrants and the poor to get access to the programs they needed to survive. As an adult, Amaro's academic career took a somewhat circuitous path, but she has managed to create a huge name for herself in multiple areas including psychology, medicine and policy-making and public health. Currently, she is making substantial contributions to both the academic study of health issues and policies, as well as touching the lives of thousands in need of public treatment programs.

Following her undergraduate education at the University of California, Los Angeles (UCLA), Amaro applied for graduate school in clinical psychology, with the intention of focusing on working in family settings. Despite superb credentials including a high grade point average and a publication already under her belt, she was told that her interests did not align with those of the faculty, and she was therefore rejected from the program. While most students would be discouraged by such news, Amaro simply took it as a sign that she needed to change her angle.

Instead of reapplying for the psychology program, Amaro decided to do some graduate work in the department of education. Here, she began to study the development of language and became increasingly interested in how language developed in a familial context. Particularly, she wanted to know how children who had recently immigrated to the United States developed their speech patterns. After spending some time in the department of education, Amaro reapplied to the psychology department, this time with a concentration in developmental psychology. This time around, her application was successful.

Amaro learned a lot during her time in graduate school, but she felt that there was still so much that psychology couldn't offer. She had begun to study public health and various mental health intervention methods, but was unsatisfied with her final role in the issue. Amaro was taught that once a study was completed and a paper had been published, it was then the responsibility of the reader of the article to act on its implications. However, leaving a subject unresolved left Amaro unfulfilled in her work. She began to read and research topics outside the realm of psychology that would help her take her graduate work to a community-based context.

In 1982, Amaro earned her PhD from UCLA and was eager to begin her post-graduate work. She moved to the East coast in the hopes of finding a job. During this time, there were serious cuts being made to academic research, and she found it difficult to find work in psychology. Being as resourceful as she is, however, Amaro managed to find work in a public health setting that fit both her credentials and interests. Amaro joined the faculty of Boston University in 1983 as a member of the School of Public Health. It was here that she started her journey to bridge research in public health to the practice of public health.

After spending almost two decades at Boston University, Amaro made the decision to move to Northeastern University. Amaro was attracted to the school because of its commitment to training immigrants. She also appreciated their interest in real-world issues and applications. Amaro has remained at Northeastern ever since, and is currently the Associate Dean of the Bouvé College of Health Sciences. She is also a member of the Department of Counseling and Applied Educational Psychology, as well as the Department of Health Sciences.

Amaro's success cannot only be seen in her lengthy list of publications or the vast number of research grants she has been awarded (as a principal investigator, she has held research grants totally $28 million), but her achievements can also be seen in the number of programs and foundations she has established to help those in need. At Northeastern University, she established the Institute on Urban Health Research, of which she is a department member. She is also responsible for starting the National Hispanic Psychological Association, the National Trauma Consortium, the Latino Health Institute and the National Hispanic Science Network on Drug Abuse Research, to name a few. In the Boston area, she has developed treatment programs such as Entre Familia, which treats individuals with co-occurring mental health and addiction problems, and MORE, a treatment program for women with various mental health issues.

Not only has Amaro been active in the creation and implementation of several programs, she has also served on many different boards and committees. For example, she sat on the editorial board for the American Journal of Public Health, and has been on the advisory committee for the Institute of Medicine and the U.S. Department of Health and Human Services. Her contributions to her field, including the policy and practice of public health, landed her on Hispanic Business Magazine's top 100 most influential Hispanics list.

Much of Amaro's work within the public health sector has centered on women's health issues. She studies the efficacy of treatment programs for women who have suffered from trauma and are currently experiencing a form of disorder. She has also extensively studied the sexual and drug related behaviours of female sex workers. Her work with drug addiction also frequently focuses on its effect on women's health. In 1996, Amaro received the Scientific Publications Award from the National Association of Women in Psychology for her work on Love, Sex, and Power, which dealt with HIV prevention practices for women.

One of the major events that helped determine the direction of Amaro's work occurred in the late 1980s, at the beginning of the AIDS epidemic. Amaro's brother was diagnosed with the virus, and coming on the heels of her work with women's drug use while pregnant (where many of her subjects were HIV positive), she was experiencing, first hand, the impact of HIV and AIDS on the community. In the mid '90s, she discovered that the Latino community, specifically women, were at a greater risk of contracting AIDS via heterosexual sex than the average white person, and that there were few programs and services targeted to help this population. This inspired Amaro to found both the Latin American Health Institute and the Multicultural AIDS Coalition. Her work on the topic developed further when she accepted the position as principal investigator on the Mom's Project, which looks at HIV prevention for female intravenous drug users and sex workers. Currently, Amaro uses the results gathered from her research to help implement interventions for gender-specific community based programs. 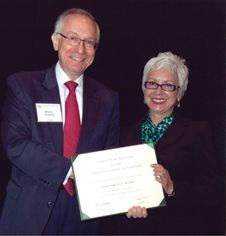 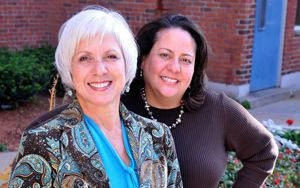