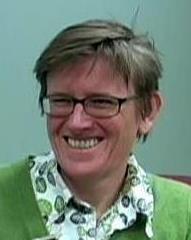 Janatha "Jan" Hetherington Burns was born on September 22nd, 1960 in Whitby Bay, England. She was raised in a small, parochial town and grew up in a traditional, male-dominated working class family. Her feminist identity can be traced to her upbringing; her incessant questioning of conventional gender roles, and feeling "Slightly different, wanting to break out". This feeling intensified when, in high school, she was pressured to find a career in gender-normative fields, such as nursing. After taking courses in the arts and sciences, Burns moved on to Manchester University to study psychology and further develop her feminist identity.

At Manchester University, Burns's interests in feminism and women's studies peaked when she took a third year optional course entitled "Gender Differences". When asked about this class, she described it as "Illuminative... it made me realize that there is an academic place for this interest, that there is a discipline of gender and women's studies, that it's a legitimate thing to look at, and people were starting to look at it".

As a graduate student at the University of Wales, Burns accomplished a lot more than her Ph.D. and accreditation as a psychologist. During her graduate years she, along with several other female psychologists, formed the Psychology of Women section of the British Psychological Society. To this day, Burns is an active member of the section and stresses its importance for maintaining a sense of community as well providing a forum for feminist research in psychology.

For Burns, feminist values run throughout her work because feminism addresses "issues of difference and how difference gets devalued: so whether within disability, whether it is within sexuality, class or gender - it's the same issue". Her interest in gender also propelled her into a position in forensic services, in which she examined how gender operates in the prison system: "When I first qualified as a clinical psychologist I went to work in forensic services. It sounds sort of slightly odd, but I was particularly interested in forensic services because of my feminist interests, because it [prison] is so dominated with the [discourses of the] "badness" of the male and the "madness" of the female . After forensic services, Burns decided that it was time to return to academia.

As the Joint Clinical Psychology Program Director at Canterbury University, Burns has been able to infuse her feminist values into her teaching and training of graduate students. One model used in the program is the Critical Psychology model. This model seeks to contextualize the individual, to teach students about difference framed through gender, ethnicity, or other forms of inequality. Its goal is not solely an academic one, but is concerned with social and political engagement and change.

Although Burns is a clinical psychologist, she does not work with individuals in a medical model. She engages ethnographic, intersectional, and contextual approaches in both her research and applied work. On the subject of intersectionality, Burns promotes a psychology that recognizes the role and interaction of multiple differences and how they affect the understanding of each individual.

Burns is a strong supporter of applied psychology. She believes that "within the BPS there is a privilege to the academic, the pure, as opposed to the applied" and that this privileging of the pure means less value is attached to addressing the practical issues affecting many women - especially those at the margins. Burns views her efforts to improve the lives of women as her greatest achievement, and eschews the importance of typical markers of academic success such as attaining the title of Professor. However, recognizing her own position as an established professional, she remarks that now, "I'm more prepared to get up and say, 'Well ok, you've told me about Foucault, you've told me about Derrida, and you've told me all these very intellectual things - what difference is it going to make to that woman down there'?" Thus, Burns's hope for the future of feminist psychology is that it continue to be - and become even more - relevant to women's lives. Her vision is a feminist psychology that makes a difference.

In 2015, Jan Burns was awarded Member of the British Empire (MBE)on the New Year Honours list "for services to people with an Intellectual Disability".

Abbott, D. & Burns, J. (2007). What's love got to do with it? Experiences of lesbian, gay, and bisexual people with intellectual disabilities in the United Kingdom and views of the staff who support them. Sexuality Research & Social Policy: A Journal of the NSRC, 4 (1), 27-39.

Burns, J. (1990). The translation of knowledge between client and therapist concerning lesbian sexuality: All you wanted to know about lesbian sex and were scared to ask. Counselling Psychology Quarterly. Special Issue: Sexual and marital counselling: Perspectives on theory, research and practice, 3 (4), 383-387.

Whittington, A. & Burns, J. (2005). The dilemmas of residential care staff working with the challenging behaviour of people with learning disabilities.British Journal of Clinical Psychology, 44 (1), 59-76. 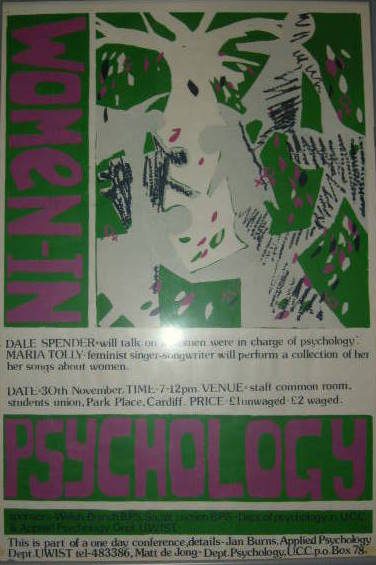