Joyce Brothers in the Cornell Chronicle

“If one person represented psychology to the average American after the 1950s,

Born Joyce Diane Bauer on October 20th, 1927 in Brooklyn, New York, she was raised in the Jewish faith by parents Estelle and Morris Bauer who were both attorneys sharing a law practice. Joyce also had a sister, Elaine Bauer. Both parents stressed the importance of education and provided an atmosphere that encouraged open conversations between them and their children.

In January of 1943, at age 16, Joyce graduated from Far Rockaway High School in New York City and went on to pursue a double-major in Psychology and Home Economics at Cornell University where she graduated with her Bachelors in 1947. Three years later in 1950, Brothers had earned her Masters from Columbia University. Despite having the highest qualifying entrance marks, she was discouraged by one of her male professors from pursuing a PhD in Psychology. Although conceding that Brothers was undeniably intelligent, he was under the assumption that women typically prioritized raising a family over pursuing a career and that she would therefore be occupying a space in the program that would be better suited for a man. Despite his disapproval, by 1953, Joyce Brothers had earned her PhD in Psychology from Columbia University after receiving a fellowship from the American Association of University Women. Her doctoral dissertation was entitled “An Investigation of Avoidance Anxiety and Escape Behavior in Human Subjects as Measured by Action Potentials in Muscles.”

While earning her PhD at Columbia University in the late 1940s and early 1950s, she began teaching psychology at Hunter College in NYC. It was during her years of teaching that Joyce realized she wanted to make psychology more accessible to audiences outside college classrooms by using the media as a bridge to communicate and transform complex psychological ideas into comprehensible concepts. In a 1997 interview, she noted: “I could teach only a few students. All the information that could make people’s lives easier if they had access to it was locked up in the library…so much of what was in the library was incomprehensible to the average individual because one would have to study for such a long time to understand these ideas. I decided I wanted to teach psychology to a larger group and chose to use the media.” (Brothers, interview, 1997).

In 1949 Joyce married Milton Brothers who was an internist specializing in diabetes treatment and pursuing his residency. Joyce left her teaching position at Hunter College in the mid 1950’s to look after their baby daughter, Lisa. While Milton was pursuing his residency and Joyce was caring for Lisa, financial insecurity made Joyce consider pursuing a different avenue to gain economic stability. What followed was truly a life-changing course of events.

On December 6th, 1955, audiences watched the famous game show “The $64,000 Question” and witnessed the first female contestant win the grand prize of $64,000. The winner was a petite psychologist named Dr. Joyce Brothers. After deciding to be a contestant on the show that quizzed participants in a variety of categories, Brothers chose to answer game questions related to the category “boxing.” An avid reader, and armed with an incredible memory, Brothers acquired extensive knowledge about this traditionally masculine topic and stunned audiences when she answered all the questions correctly and won the top prize. She went on to be a contestant on a follow-up of the show entitled “The $64,000 Challenge” and won that top prize as well.

Following her television appearance on “The $64,000 Question”, Brothers gained almost instant celebrity as a TV personality. She became the first woman to commentate a boxing match that was aired on CBS and went on to host her own television and radio show. She published numerous books, newspaper columns, and magazine articles. Brothers also made guest appearances on a myriad of TV shows during her life, including “The Jack Benny Program”, “Happy Days,” “Taxi,” “Baywatch,” “Entourage” and “The Simpsons.”

In 1958 Brothers approached Metropolitan Education Television in New York to inquire about airing a psychology course that she was developing. They agreed, and in August 1959 Brothers collaborated with NBC to teach her psychology course on her own television show that she used as a platform to dispense psychological advice concerning relationships, family, sexuality, and self-empowerment, while also answering questions from the audience.

Sexual satisfaction and menopause were, at the time, considered taboo subjects to discuss on television and radio during the 1960’s, yet Brothers’ ability to leverage her traditionally feminine demeanor while imparting scientific knowledge about such topics made her popular among audiences. Believing that the feminist movement of the 1960s and 70s ignored the needs and desires of housewives who sought “freedom, responsibility, and equality” within their marriages, she created “The Brothers System” for achieving a ‘liberated marriage’ that embodied personal fulfillment and romance. Brothers stressed that the ability of women to be self-loving and to take care of their own needs is what would enable them to care for their husbands and families in the fullest way possible. She encouraged relationship dynamics that were egalitarian rather than authoritarian, where the wife was unafraid to ask her husband for what she needed in order to achieve personal satisfaction in the marriage. Only two months after her show first aired Dr. Joyce Brothers began to receive two thousand letters a week. The name of her talk show changed a few times throughout the years, transitioning from “The Dr. Joyce Brothers Show” to “Consult Dr. Brothers” and “Living Easy with Dr. Joyce Brothers.”

Along with her successful television show, Brothers also hosted a radio program in which she took calls from listeners, answered their questions, and gave psychological advice. On several occasions she conversed with suicidal callers and managed to keep them talking on the phone long enough for help to arrive.

In January of 1989 Brothers experienced the death of her husband Milton from cancer. In the pages of her book Widowed (1990), she documented her struggles with grief and suicidal thoughts after the tragic loss of her beloved husband.

Throughout the course of her life Brothers wrote various books including “What Every Woman Should Know About Men” in 1981, which became a bestseller. She also wrote a syndicated monthly column in the Good Housekeeping magazine that ran from 1960 to the year of her death in 2013.

Joyce Brothers died at the age of 85 from respiratory failure in Fort Lee, New Jersey. She is survived by her sister Elaine Goldsmith, her daughter Lisa, as well as four grandchildren and two great grandchildren.

In her obituary published in the American Psychologist she is described as a person who defied stereotypes about women’s roles and proved that it was possible for women to simultaneously have a career and raise a family. Despite her ambivalence about the feminist movement, it is undeniable that Dr. Joyce Brothers helped numerous individuals understand themselves and their relationships better while making psychological insights about human nature comprehensible and accessible to a wide audience.

Brothers, J. (1981). What every woman should know about men. New York: Simon and Schuster.

Brothers, J. (1984). What every woman ought to know about love and marriage. New York: Simon and Schuster.

Brothers, J. (1988). The successful woman: How you can have a career, a husband, and a family-- and not feel guilty about it. New York: Simon and Schuster.

Heinze, A. R. (2004). Joyce Brothers: The Jewish woman as psychologist in suburban America. In A. R. Heinze, Jews and the American soul: Human nature in the 20th century (pp. 294-320). Princeton and Oxford: Princeton University Press. 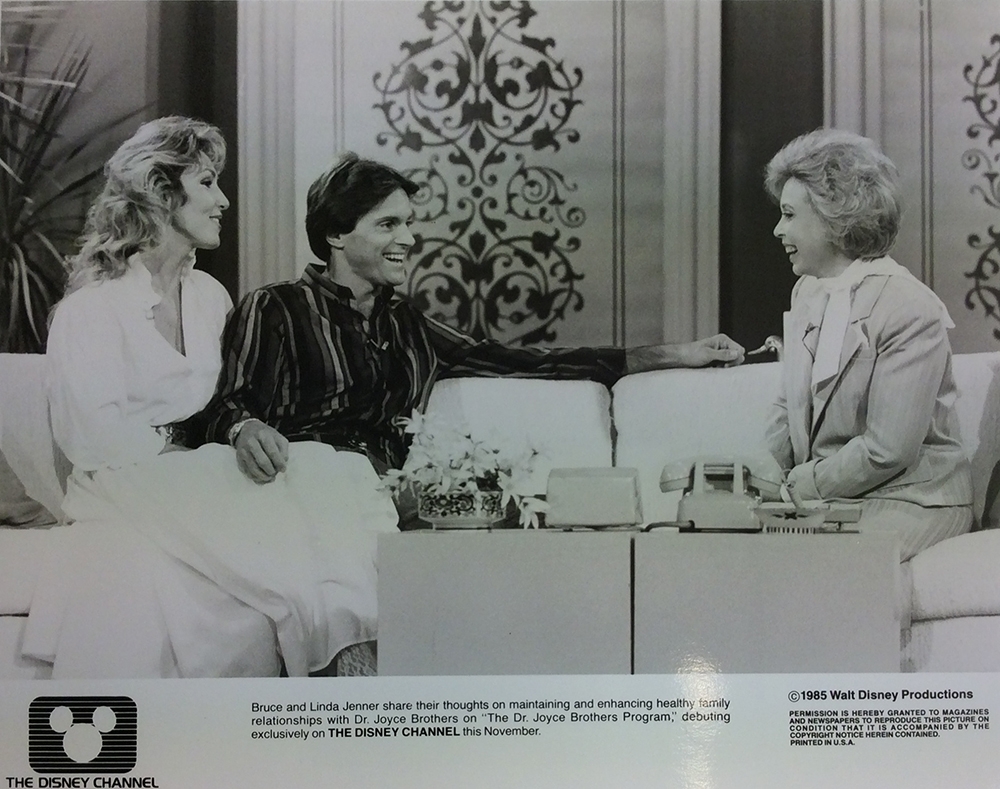