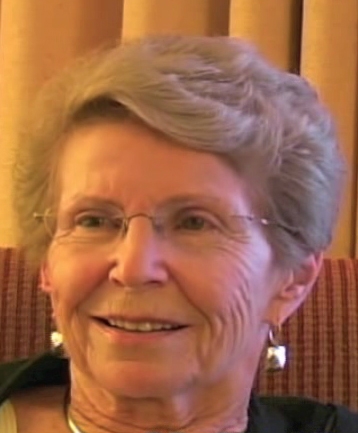 Feminism is essential to understanding Judy Worell's life story. Her father was orphaned and raised by an Orthodox Russian rabbi and it was through her father that she first learned about sexism. There were controlling gendered rules in her household and a gendered division of labor. In witnessing her parent's unequal relationship, Worell thought to herself, "When I grow up I'm going to get a job, not sit there and be someone's slave." Unable to understand the dynamics of her parent's relationship she often asked her mother, "Why don't you just divorce him?"

Orthodox Judaism was important in informing Worell's feminist identity. A clear turning point was attending an orthodox synagogue when she was about six years old. She was uncomfortable that women sat separate from men, hidden behind a screen. When she asked why, the only answer she received was, "Ask your father." She could not accept her father's reply that women may be at the "wrong time of the month" and "unclean," or that women are distracting for men. This moment crystallized what she referred to as the "beginning and the end" of her Jewish identity. It was the end because at the time she was not aware of Reformed Judaism. For years she resisted being Jewish, until later learning the beauty and joy absent from her father's teachings.

In contrast to her immediate home life, Worell grew up in a progressive urban environment. Her family lived in Greenwich Village. It was a community of interracial couples, out gay and lesbian folk resisting bar raids, and artists and other people who didn't seem to fit in anywhere else. Her school was a private alternative school that was "radically political." In describing her school's radicalism she states, they "rejected the status quo." Worell sums up her entire childhood as "wanting to help downtrodden people," which is what led her to psychology.

In hindsight, Worell believes that allowing her to attend alternative school (and other actions, such as providing bacon and tomato sandwiches on the condition she didn't tell her father), were her mother's acts of rebellion to unjust rules. Another act of motherly resistance was sending the young Worell to the Encampment for Citizenship, which trained diverse youth to be ethical community leaders. At the camp Worell had the opportunity to meet Eleanor Roosevelt and was incredibly inspired by her political openness. She also had the opportunity to work with disadvantaged youth. It was through this experience that she realized "I'm going to spend my life helping little children in pain."

Following her dream to help children, Worell began her studies at Queen's College in New York. Psychology seemed to be a perfect fit because although she was interested in applied work, she was equally passionate about having an evidence base to understand and direct it. During college Worell met and married a math student, who - intoxicated by Worell's passion for psychology - switched his major. Their relationship was egalitarian and he encouraged her to obtain a Ph.D., despite her offer to stay home and have children. She has carried forward this encouragement in her own mentoring of young women, by ensuring that women are supported in all of their choices, both personal and professional.

Both Worell and her first husband received their PhDs in psychology from Ohio State University. She was one of few female students and remembers being told that she was accepted only because she had high scores. She was often reminded that the faculty expected her to conduct research. It was assumed that following graduation Worell would settle into domesticity and abandon her career, but she was keen to defy this expectation. However, she notes that once married she thought she had to invest time ironing her husband's underwear and handkerchiefs. Without a role model of non-traditional households she reflects, "I didn't know what a wife was, outside of my mother."

Given that her training was in all-male departments, all of her early mentors were Jewish men. Worell jokes that while she gravitated towards Jewish men in the department, neither of her husbands were Jewish. Later, through the Southeastern Psychological Association (SEPA), Worell met other women in psychology. Involvement with these women led to her contributions in feminist psychology. Through her relationship with other women in psychology, the personal became political. She came to realize that her experience of being devalued as the only woman teaching in five different departments was not an isolated experience. Honestly, she comments, "after a while you think 'Gee, I guess I'm not good enough.' right? ...[But it's] not that I wasn't smart, there was a structure, there was something going on." That's when Worell and other women at SEPA began to use the word "patriarchy."

With these women Worell engaged in her first conversation about sexual violence. She remembers the power of discovering how common rape was. These conversations raised a collective consciousness about rape, giving women permission to break their silence and realize it was not their fault. Worell describes these conversations as the most empowering thing that ever happened to her. In part these conversations contributed to Worell establishing the first sexual harassment code at the University of Kentucky. At first the dean was unsure it was necessary because although many students had confided in Worell, no one had told him about it. Fortunately, Worell believes that feminism has increased men's awareness of the prevalence of violence against women.

Although the women of SEPA did not identify as feminist they were "gutsy." Worell does not believe that the word "feminist" needs to be used to do feminist work. Instead, the word "woman" is a politically safe and effective term. Worell has effectively worked to advance the status of women in professional psychology, and to support of the Equal Rights Amendment through research as a tool of change. In the 1970s Worell was active in shaping and defining what feminist therapy was, establishing a feminist counseling and referral service at the Women's Centre of the University of Kentucky.

Given her active contributions to the community, she was invited to chair a task force for the American Psychological Association's Division 35. The task force sought to increase the readership and status of the academic journal, Psychology of Women Quarterly. Worell describes her work on this journal as her proudest accomplishment, and she later went on to become journal editor. She describes her experience as editor as one where she made "a lot of friends and some enemies" due to her direct or "blunt" mannerisms, as well as lack of inclusion of women of color. Importantly, Worell learned about white skin privilege in this position. Integrating her personal learning with journal guidelines, Psychology of Women Quarterly was one of the first journals to name and discuss the limitations of white, middle-class samples in psychological research.

On top of her countless contributions to feminist psychology, Worell has also been a mother. She is well aware of the difficulty navigating the demands of a family with those of an academic career. Although she does not regret having children, she took notice that some of the most accomplished female academics, (whom she admired), chose not to have children. Even in egalitarian heterosexual relationships Worell believes that women are socialized to feel guilt when they leave for work; guilt that men have not been socialized to experience. In reflecting upon the negotiation of her home/work life, Worell believes she made compromises, faced difficulties, and gave up parts of herself.

Looking back, Worell can see the valuable contributions feminism has made to psychology. From "upping the glass ceiling" to opening up the social issues addressed by psychologists, Worell sees feminism as undeniably instrumental in how psychology is practiced today and women's role within the profession. Importantly she believes feminism gives hope. It is hope that sustains women, brings them together and allows them to follow their passion. She believes that following your passion is the most important thing a young feminist psychologist can do. At the time of the interview she was following hers, by being proud of her age, reflecting upon her life and career with fond emotions, and still playing tennis four times per week.