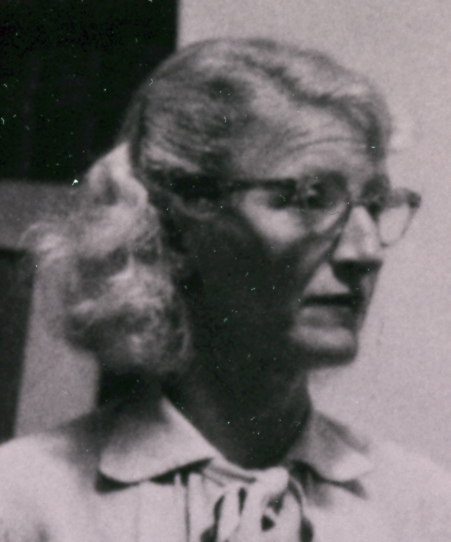 Karen Machover was the youngest child of a very large family. Her mother, a widow, already had ten children when she married Karen's father and together they had two girls. Karen's father-she did not know his first name-died shortly after her birth and her mother immigrated to America, bringing all twelve children. The family situation soon took a turn for the worse; Karen's mother died of cancer when Karen was only eight years old. She finished grammar school at age twelve and then, in her words, "I soon became my own mother and have been continuously self-supporting since the age of twelve."* On her own, she decided to skip high school and go to work, where she earned enough to support herself.

Machover became interested in psychology while working and after a year of self-study, was able to gain entry to New York University in 1924. As she noted, she was older than the other students and highly motivated. There were simply not enough psychology courses to take in order to satisfy her interests and she had to "moonlight" in the School of Education to take more courses. Nevertheless, she earned her BA in 1928 and began working with pioneering clinical psychologist, Elaine Kinder, at Bellevue Hospital. At this time, indeed, until after World War II, clinical psychology was a very small profession mostly concerned with assessment. Kinder, with a PhD from Johns Hopkins University, had just been appointed Chief Psychologist for the New York City Department of Hospitals. While based at Bellevue, she and her interns actually traveled to all the city's hospitals and to the Tombs, a detention center for criminals. Machover later reflected that this was great experience for learning the field of clinical psychology, even though she worked long hours with little pay. Their psychological toolkit was small, comprising the 1916 Binet, two scales for preschool children, a Gesell developmental scale, a vocational questionnaire, and the Goodenough Draw-a-Man test. The last was for assessing children from ages five to twelve. As Machover remarked, "We learned rapidly on the job from our failures and our successes."

In 1929, Machover took a clinical psychologist's position with the Kings County Psychiatric Hospital in New York. She remained there until 1969, although she also taught at several colleges and had a small private practice for most of her career. Projective tests were developed in the 1930s, stimulated by the introduction of Rorschach's Projective Technique. This was accompanied by the growing influence of Freud's theory and practice of psychoanalysis. As Machover noted about Freud's influence, "The professional mystique (of Freud) was so powerful that to question any of the myths or weakly substantiated theories was to risk contempt at best and excommunication at worst." She, however, had already begun to question some of the Freudian doctrines about women's psychological development.

The idea that one could use various stimuli to elicit psychological material of which the client might have previously been unaware was extremely useful for clinicians of this time. Machover became an expert in the clinical use of projectives and by the 1940s was confident enough in her insights to develop her own technique, which she published as Personality Projection in the Drawing of the Human Figure: A Method of Personality Investigation (1949). The book was an immediate success and went through 11 editions. It was one of the indispensable books for clinical training for many years.

Her clinical work, both at the hospital and in her private practice, led her to become involved in the leadership of several new initiatives in clinical psychology after WWII. She helped pioneer group psychotherapy with WWII veterans and was perhaps the first to introduce group therapy sessions co-led by a man and a woman. After the Veterans Administration had their own clinics and hospitals up and running, she extended group therapy to children, couples, and families. She was also among the first to experiment with leaderless group therapy.

Karen Machover always described herself as a social activist. She met her future husband, Solomon "Mac" Machover during the 1930s when she became part of an activist and socialist group who were advocating for increased employment for psychologists. Together they founded the Psychologists League. Since Machover was a woman she deferred the titular leadership of the group to men. She later told the historian, Larry Finison, in a letter that "Women were still rare species in the men's scientific enclaves and were mildly indulged and not taken too seriously, either by the patriarchy or by themselves." Her actions belie her words. The archival record clearly shows that it was the women, led by Machover, who were the most active in recruiting new members, writing letters to advocate for jobs and change, and who provided the support for the organization. It was an exciting time for an activist psychologist and Machover was at the forefront of those who were seeking to make a more just and equal society.

Later in her life, Machover became an active feminist. She sought, as she said, to counter Freudian notions of women's psychological inferiority and the patriarchical attitudes she found among male psychologists. Over the course of her career she noted many examples of discrimination against women. Women who were offered the same jobs as men were often paid half as much and received provisional appointments that had to be renewed each year, rather than the security of regular employment. Machover recounted the story of how she was one of the first to receive a research grant from the newly established National Institute of Mental Health in 1948. However, her superiors at the hospital refused to sign off on it, indicating only that her husband was the chief psychologist and thus, for her to have the grant would violate nepotism rules. It was these strictures that she fought against as a feminist. Later, she devoted significant time to advocacy for professional women and to working with women. In her words, "Women need to feel that what they do is theirs, because if nothing is theirs, they'll always be victims."

Karen Alper Machover was not a victim. Despite the incredible obstacles she faced, she was fond of saying that she didn't bounce back from adversity - she leaped forward.

*All quotes are taken from materials found in the Karen Machover papers, Archives of the History of American Psychology at the University of Akron. 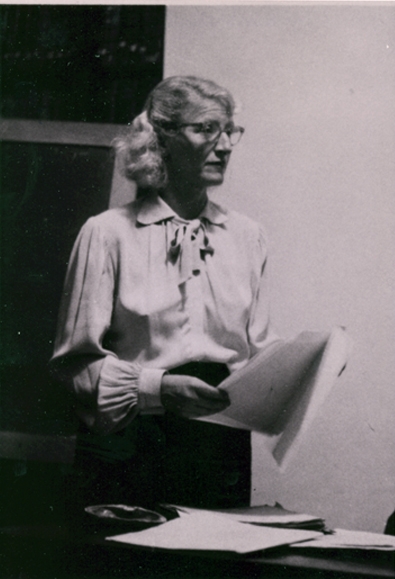