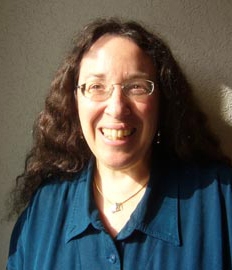 Dr. Laura Brown's professional work spans therapeutic, academic, and consulting positions. Her contributions to the theory and practice of psychology are reflected in the 120 articles and book chapters she has published, in areas ranging from feminist theory and therapy, to trauma, ethics and standards of psychotherapeutic practice, cultural competence, and mental health issues affecting the LGBT community. She is regarded by many as one of the pioneering forces in the development of feminist therapy, building on the work of forerunners Hannah Lerman, Lucia Gilbert, Rachel Hare-Mustin, Adrienne Smith, and Lenore Walker. She has extended her professional expertise to the media through her positions as consulting psychologist for Survivor II: The Australian Outback, and host of the Dr. Laura Brown Show with KVI Radio in Seattle.

In addition to her professional achievements, Dr. Brown has had her own private practice of psychotherapy for the last 30 years, and in 2006 founded the Fremont Community Therapy Project, a counseling service which offers low-fee psychotherapy and psychological assessment to people whose financial resources make it difficult for them to get help for problems in their lives. What has motivated her to pursue these valuable projects and accomplish so much?

The oldest and only female child in her family, Dr. Brown links the roots of her feminism to her upbringing and to the social environments that surrounded her in Cleveland Heights, Ohio. Born into a middle class Eastern European Jewish family, she notes that her parents made available to her and her two brothers all educational opportunities possible. However, one of the principle factors in the development of her feminist consciousness was the egalitarian environment in which she was raised: "I grew up in a family where we didn't 'help' my mother out. My father, my brothers, and I all participated fully in the running of the household. There were no things that girls could do and things that boys could do; there were things that smart people in our family did and we all did them."

Dr. Brown recounts that in addition to her equality-infused home environment, her neighbourhood and classroom cultures offered strong female role models, and in her training, she encountered some of psychology's most well-respected professionals. Her activist roots were also nurtured at an early age while attending Hebrew School. The synagogue and her parents encouraged active participation in social justice movements. Dr. Brown comments that she did not encounter sexism until she began college and was actively involved in the anti-war movement.

Dr. Brown identities one activist event in particular as a feminist consciousness-raising moment: "I got involved in radical Zionism. It was a left response to anti-Zionism in the left movements. We had this big national conference in Madison, Wisconsin, to which all of the on-campus organizers came. Only six of the campus organizers, including myself, were women. And so we're in this room full of men and they're all voting support of resolutions for this liberation struggle and that liberation struggle, and one of the women said what about women's liberation. And the men, the boys, all laughed. And the six of us women got together and said, we have to form a women's caucus here, and that was my consciousness-raising moment."

Dr. Brown's decision to contribute to the field of feminist therapy came during the period between her undergraduate and graduate studies. She had taken a position as a psychological technician on an in-patient unit and "had up-close and personal encounters with sexism in the delivery of psychotherapy. And that was the year that Women and Madness was published, and I read it, and that was when I said, okay, I'm going to be a feminist therapist...I walked onto the campus at Southern Illinois University saying, 'Hi, I'm a feminist therapist. Didn't you read the Broverman article in the Journal of Consulting and Clinical Psychology [JCCP]?' I would say this to faculty members having no idea that most clinical psychologists didn't read JCCP, that they certainly would not have read that article, nor would they have had the "ah-ha" from reading it that I had."

Despite the less-than enthusiastic response of some faculty members, Dr. Brown forged forward with her feminist mandate by immediately organizing a women's caucus in her department, and then hosted the second annual conference of the Association for Women in Psychology (AWP). Dr. Brown identities AWP as another fertile site for her feminist development and work. In reflecting on how she came to attend AWP's first meeting, she says, "So there I am in Carbondale, Illinois. I had just bought and learned to drive my first car at the age of 20, so I took my very first interstate road trip. I got in my beat up Plymouth Duster and I drove to Fort Wayne, Indiana. I slept on the floor of the home of some member of the Fort Wayne feminists who were putting us all up and went to the first AWP conference, raised my hand and volunteered to do something, and have been an activist in feminist psychology ever since."

In addition to her long-time involvement with AWP, Dr. Brown has had extensive participation in the American Psychological Association (APA). She is a fellow of nine APA Divisions, a former president and first openly lesbian president of Division 35 (Society for the Psychology of Women), a former president of Division 44 (Society for the Psychological Study of Lesbian, Gay, and Bisexual Issues), and a founding member of Division 45 (Society for the Psychological Study of Ethnic Minority Issues). Her commitment to issues of diversity and developing a socially responsible psychology is clear. As she notes, "To me, as a lesbian, as a Jew, as a feminist, my minority identities, there is no such thing as their struggle and my struggle. That is, if there is something that undermines one, it undermines me, whether it's happening directly to me or not. And I think that what APA and psychology does, with whoever is the leading edge of the wedge, is what they will eventually do to or for me."

With over 30 years of clinical, academic, and activist work behind her, Dr. Brown continues to shape and reshape the field of psychology. She has contributed to transforming the landscape of feminist psychology and will undoubtedly continue to inspire and make way for future generations of feminist psychologists. When asked to share words of wisdom for those continuing in her footsteps, Dr. Brown shared some advice every feminist should take to heart: have fun.

Brown, L. S. (2012). Your turn for care: Surviving the aging and death of the adults who harmed you. Createspace. 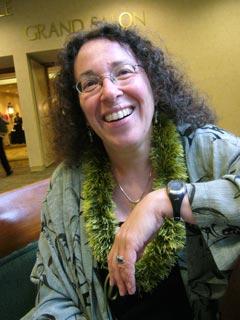