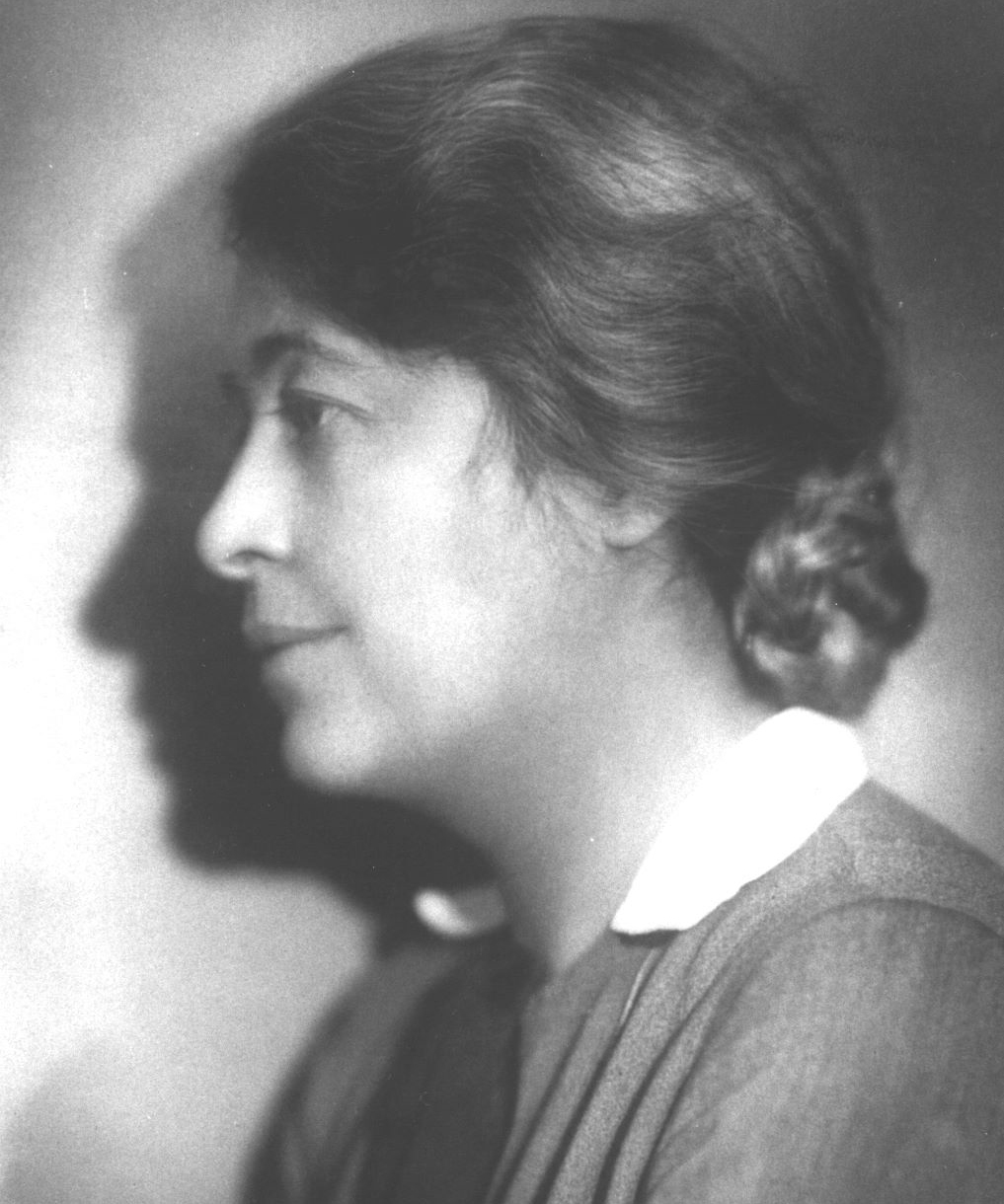 The Harry and Leta Hollingworth Papers, The Archives of the History of American Psychology, University of Akron, OH.

Leta Stetter Hollingworth was born on May 25, 1886 in Chadron, Nebraska. the oldest of three girls. Her mother died shortly after giving birth to her third daughter. Leta and her sisters were raised by their grandparents until the age of twelve, and then lived with their wandering father who had since remarried. Educated in a one-room school, she received what she later spoke of as an excellent individualized education.

At the age of 15 she began studying literature and writing at the University of Nebraska at Lincoln. As a matter of practicality, she obtained a teaching certificate in addition to her degree in literature. She married Harry Levi Hollingworth whom she had been dating since her sophomore year in college. A graduate student of James McKeen Cattell at Columbia University, Harry persuaded Leta to move to New York where she tried obtaining work as a teacher. Since married women were prevented from teaching, she settled down as a homemaker for three years but became bored and frustrated. With the encouragement of her husband, and with some extra money the couple earned by running a study for the Coca-Cola company on the psychological effects of caffeine, Leta enrolled at Columbia University in 1911, taking courses in education and sociology. She received a Master's degree in education in 1913 and, in 1914, got a job administering Binet intelligence tests at the Clearing House for Mental Defectives. As the top scorer, she became New York City's first civil service psychologist and filled a post at Bellevue Hospital as chief of the psychological lab.

Hollingworth went on to study educational psychology under E. L. Thorndike, a supporter of the variability hypothesis. The variability hypothesis posited that men exhibit greater variation than women on both physical and psychological traits, in essence suggesting that men occupied both the highest and lowest ends of the spectrum on any trait and women were doomed to mediocrity. Hollingworth set out to prove that the extremes were culturally-based and not based on male genetic superiority. At the Clearinghouse for Mental Defectives she noted that even though a sex difference existed in absolute numbers of institutionalized males and females, the ratio of male to female admissions decreased as a function of age. Hollingworth believed societal roles accounted for the differences, not innate differences. Tackling the issue of anatomical variability directly, she collected ten anatomical and seven cranial measurements for 1,000 male and 1,000 female infants at the New York Infirmary for Women and Children. She found that while males were slightly larger than females, if a difference in variability existed, it actually favored females.

Under Thorndike, Hollingworth completed her dissertation on the subject of women's supposed mental incapacity during menstruation, a belief called, at the time, "functional periodicity." She conducted a scientific experiment testing both women's and men's performance on various cognitive, perceptual, and motor tasks every day for three months. Hollingworth concluded there was no empirical evidence linking decreased performance with phases of the menstrual cycle. Impressed with her work, Thorndike offered her a position at Columbia Teachers College after she received her Ph.D. in 1916.

In addition to her teaching responsibilities at Columbia, Hollingworth also began focusing on the study of exceptional children. It is for her work with the "gifted" (a term she coined) that Leta Hollingworth is best known, although she worked initially with the "mentally defective" and came to believe many were of average intelligence but suffered from problems of adjustment. Her books The Psychology of Subnormal Children (1920), Special Talents and Defects (1923), and The Psychology of the Adolescent (1928) became leading textbooks, this last replacing a book by G. Stanley Hall.

Leta Hollingworth believed educational and environmental factors, not just inheritance, played a role in giftedness and focused on how to nurture giftedness and educate gifted children. The view in education at the time was that bright children could take care of themselves. Leta Hollingworth believed their needs were not, in fact, being adequately met. She developed a method that focused on early identification of their giftedness, everyday contact, and not isolating them from other children. Her first experiment with the gifted began in 1922 with a group of 50 seven- to nine-year-olds with IQs over 155. It served two functions. The first was to understand their family backgrounds, psychological makeup, and physical, social, and temperamental traits. The second was to create a curriculum of benefit to them. Hollingworth's book, Gifted Children (1926), describes the results of the study. Her work with gifted children continued with the creation of Speyer School in 1936 which garnered much attention - not all of it good. Many saw her efforts to provide gifted children with an enriched curriculum as undemocratic.

Near the end of her life, Leta Hollingworth began studying children with IQs over 180. She found many adjustment problems stemming from lack of intellectual stimulation and from adults who assumed these children to be self-sufficient and, therefore, didn't pay them much attention. Children Above 180 IQ (1942) was Hollingworth's last publication and was completed after her death by her husband, Harry L. Hollingworth.

While Hollingworth is certainly best known for her work with gifted children, her work on the psychology of women and her interest in feminism should not be ignored. Hollingworth wrote six articles on the psychological factors relating to the social status of women - all based on the assumption, at the time, of the inherently greater variability of males. And while her later work seems to have shifted away from the social psychology of women, she never really abandoned that theme. She had planned to write a significant work on the subject entitled Mrs. Pilgrim's Progress, but died before completing it. She was also a founder and active, lifelong member of The Heterodoxy Club. Established in 1912 by a group of 24 highly educated women, the Heterodoxy Club boasted some of the era's most influential feminist activists and intellectuals as members, including Crystal Eastman, Henrietta Rodman, Rose Pastor Stokes, Charlotte Perkins Gilman, Mary Ware Dennett, and Inez Milholland. The only criterion for membership was the holding of unorthodox opinions. The group held a luncheon meeting every two weeks for 28 years, and was a source of significant stimulation and camaraderie for Hollingworth.

Hollingworth's biography, however, is complicated by her complicity with the eugenic beliefs and practices that permeated American science, society, and even branches of feminism in the 1920s and 1930s. Despite her position on the importance of educational and environmental factors in childrens' intellectual development, she did not deny the importance of heredity, writing in The Literary Digest in 1938 that "Mediocre or dull parents can no more produce a brilliant child than a tomato plant can produce a plum." As her biographer, Ann Klein, has pointed out "Though she fought for the individual women's right to choose not to become pregnant, Leta Hollingworth, in fact, favored involuntary sterilization for those who were mentally deficient" (Klein, 2002, p. 109).

Leta Stetter Hollingworth died on November 27, 1939 of abdominal cancer at the age of 53. Given the institutional barriers she faced and her premature death, her accomplishments are impressive: she wrote the first comprehensive text on the gifted, many of the educational practices she advocated are standard now, she was one of the first to study children with IQs over 180, five years after receiving her Ph.D. she was listed in "American Men of Science", and she was one of only 14 women to be listed in Robert Watson's "Eminent Contributors to Psychology".

When replying to the question of how she became listed as a woman of achievement, she wrote: "I do not know. I was intellectually curious. I worked hard, was honest except for those minor chicaneries which are occasionally necessary when authority is stupid, disliked waste, and was never afraid to undertake an experiment or to change my mind. My family motto, translated from the Latin, reads, I Love to Test. Perhaps that is the explanation" (Hollingworth, 1943, p. 81).

Shields, S. A. (1975). Ms. Pilgrim's progress: The contributions of Leta Stetter Hollingworth to the psychology of women. American Psychologist, 30, 852-857. 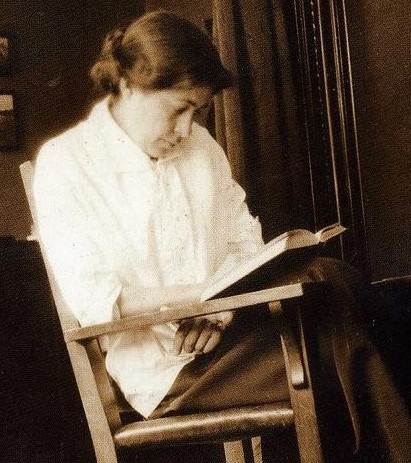 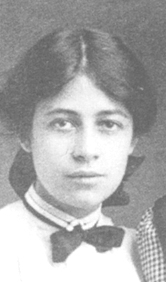 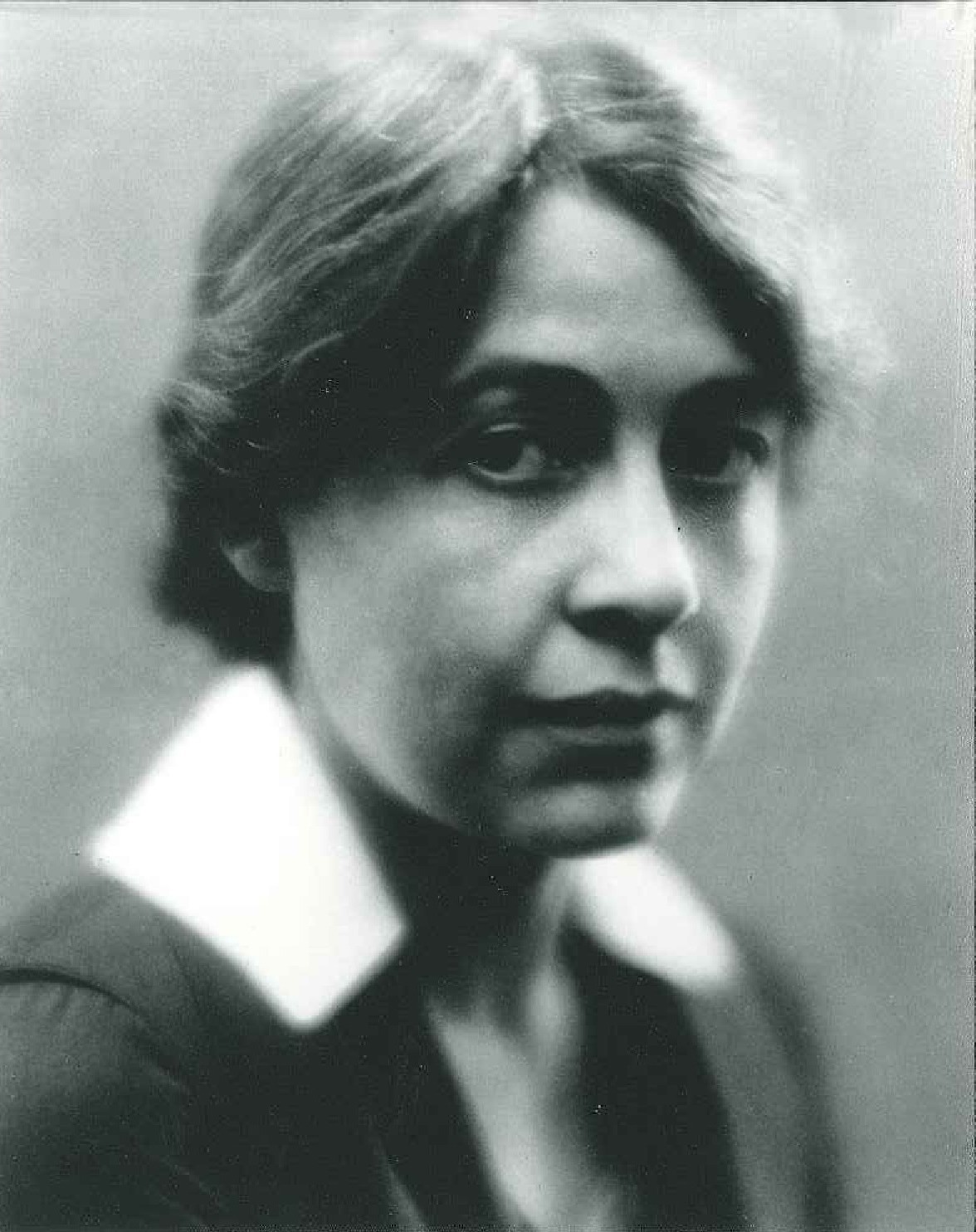