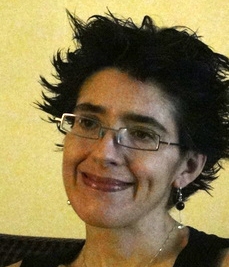 Lisa Diamond at the University of Utah

Lisa Diamond is an Associate Professor at the University of Utah. She is a self-identified feminist scientist. Diamond is best known for her 2008 book on female sexual fluidity.

Diamond's feminist identify came to fruition in college at the University of Chicago, however, her awareness of feminism began in high school. Betty Friedan came to speak at her school and gave a talk on feminism. Friedan's talk resonated with Diamond and "a light bulb went off" when Friedan clearly stated that if women want to choose what they intend to do in their lives, they are, by definition, feminist.

By the time Diamond attended the University of Chicago she had a stronger sense of her feminist identity and started to become politically active. She also took feminist theory courses, some of the most difficult courses she had taken until that point. Although difficult and challenging, these courses were also influential. During this time, Diamond was a member of the Chicago National Organization for Women and was involved in feminist activism. She also came out as a lesbian and started to examine psychological research on Lesbian, Gay, Bisexual and Transgender (LGBT) issues. She realized that the research was underdeveloped and did not have the richness that the feminist theoretical work had: "I realized there is so much more that can be done." So instead of becoming an activist, Diamond constructed a research proposal regarding same-sex sexuality.

Diamond surmises that "each thing unfolded in a haphazard way" - including her decision to major in psychology. Diamond went on to do graduate work at Cornell University n the Human Development program. The interdisciplinary nature of the program was a good fit and she received both her M.A. and PhD there. After receiving her PhD, Diamond took a joint appointment in Psychology and Gender Studies at the University of Utah. Her experiences there have been extremely positive.

Diamond is most famous for her groundbreaking research on female sexuality, namely, for articulating and exploring the phenomenon of sexual fluidity. In addition to noting the lack of research on female same-sex sexuality, Diamond also noticed the relative lack of research on adolescent females. She pursued both of these areas in her research in which she conducted a remarkable ten-year longitudinal study on female bisexuality. Diamond's findings reverberated in the media and in academia. She found that women were somewhat fluid in their sexuality, that is, they are able to shift sexual orientation, but this shift is not a "choice" as typically portrayed. In her work she has used typically feminist methodologies such as interviewing women, but she also used quantitative methods in feminist ways. Diamond calls herself a "feminist scientist" and she states that "there are a lot of scientists who just cling to the scientific method and believe they are totally objective and I think they are full of bunk. But, I have met a lot of feminists who say there is not a way to collect data without being oppressive, that data has no meaning, the world is socially constructed and I think that is bunk too."

Many women who were interviewed over the ten-year period by Diamond initially thought that they would not be a good example of a lesbian or bisexual women because of the movement of their sexual orientation. But what Diamond found was that these movement narratives were more common then she or her participants had anticipated. Diamond wrote the book Sexual Fluidity to communicate her research to the general public, including those who might think, as many of her interview participants did, that they are the only lesbian women to fall in love with a man, or the only heterosexual woman to suddenly fall in love with another woman. Her research illustrates that people with these experiences are really not on the periphery, rather they are in the majority.

Sexual Fluidity attracted substantial media attention. However, the data Diamond collected began to be picked up by anti-gay groups, who espoused that being gay is a choice. Diamond has tried to make her findings clear: she did not find that women "choose" to be gay, or "choose" to become straight, rather, relationships and attractions happen, and there is really no "choice" involved. Diamond was invited to be on the Oprah Winfrey show to discuss women who leave their husband for other women. Diamond wanted to be very clear with what she was saying so that it would not be misunderstood. On the show, Winfrey asked Diamond if she had any last words, and Diamond responded, "This (research) does not mean that sexuality is chosen" - an important point that needs repeating.

Although Diamond is most famous for the sexual fluidity research, when asked what work she is most proud of she cited a journal article titled "What does sexual orientation orient?" The article discusses attachment theory as being the basis for love, and this attachment also spills over into the love system where the love can be for a woman or a man. Diamond merged attachment theory and sexual orientation theory in this paper. She also conducts psychobiological research where she studies how relationships can be good or bad for health. She also wants to study more same-sex couples and how intimate relationships impact their health. Diamond noted that more feminist researchers are needed in psychology, and that her work has benefitted immensely from the richness of feminist theory.

Diamond, M., L. (2006). Careful what you ask for: Reconsidering feminist epistemology and autobiographical narrative in research on sexual identity development. Signs: Journal of Women and Culture and Society, 31, 471-492.