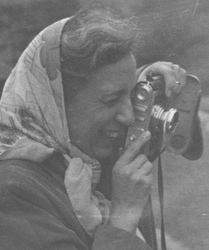 Gardner and Lois B. Murphy Papers, Archives of the History of American Psychology, University of Akron, OH.

Lois Barclay, later Murphy, was born on March 23, 1902 in Lisbon, Iowa. She was the eldest of five children. Murphy's mother May (nee Hartley) was a teacher and her father Wade Crawford Barclay was a pastor, who had studied with John Dewey at the University of Chicago, and later in Murphy's childhood worked as an international church official. Within Murphy's family it was expected that a woman, whether through a career or other endeavors, would make a significant contribution to the world.

In 1907, Murphy's family moved from rural Iowa to South Chicago, where they remained until 1909. Murphy was struck by the different lives of rural and urban children. It was during this period that she began to develop an interest in neglected and 'bad' children. As the eldest of five children, Murphy's interest in children was also a result of her caretaker role with respect to her younger siblings. The family later moved to Evanston, Illinois, a suburb of Chicago, though this move was temporary. By the time Murphy was sixteen years old the family had moved a total of thirteen times.

During her high school years, Murphy was very interested in languages. This interest continued through her time at Vassar College, where she majored in economics and minored in religion and psychology. At Vassar, she took a social psychology course with Margaret Floy Washburn, who encouraged her students to have both a family and a career. Like Washburn urged, Murphy was determined to pursue her intellectual interests and have a family. For her honors thesis in the Economics Department, Murphy conducted research at the New York State Training School for Girls at Hudson, New York. She documented the poor treatment of the girls at the reform school, something that ultimately helped reform the school's practices. Later Murphy and her husband Gardner served as research advisors to the institution.

After completing a bachelor's degree at Vassar, Murphy enrolled at Union Theological Seminary in New York City, where she specialized in the religions of India, earning her degree in 1928. This would serve her well later in her career when she conducted research in India. This work included trip to India on behalf UNESCO in 1950. In 1924 she was introduced to Gardner Murphy, a psychology instructor at Columbia College, by her friend Ruth Munroe. The two were married in 1926 and went on to have two children together, a son and a daughter.

Following her graduation from Union Theological Seminary in 1928, Murphy taught comparative religion at Sarah Lawrence College in Bronxville, New York. A member of the College's founding faculty, Murphy left after a year over differences with the College's president. In 1929, she enrolled in graduate studies in psychology at Columbia College, earning her doctorate in 1937. Her dissertation was published as the book, Social behavior and child personality (1937). She was initially put off from studying psychology by the prevalence of John Watson's ideas within the discipline, as she thought he had no real understanding of children. Her contact with Gardner Murphy exposed her to a more appealing brand of psychology.

With the appointment of a new president at Sarah Lawrence, Murphy returned to the College where she taught while also pursuing graduate studies. In 1937 she founded the Sarah Lawrence Nursery School, a laboratory school where she conducted research on children's personality development. She served as the school's first director, and in 1941 published Methods for the Study of Personality in Young Children based on research undertaken at the school. Theories of free-play, Rorschach analysis of children, and the application of the Miniature Life Toy Technique were all explored during her time at the school.

In 1952, Murphy left Sarah Lawrence for Topeka Kansas, where she and her husband had both accepted positions at the Menninger Foundation. Lois Murphy served as codirector of the Coping Project, funded by the National Institute of Mental Health, a longitudinal investigation into how normal children cope with the stresses of growing up. The results of this research appeared as Vulnerability, Coping and Growth from Infancy to Adolescence(1976). In Kansas, Murphy undertook training at the Topeka Psychoanalytic Institute and later published on child psychoanalysis. She also served as chair of the Governor's Preschool Committee during this time and served as a consultant to the recently begun Head Start program.

In 1968, the Murphys left Topeka for Washington, DC where Gardner Murphy had obtained a position at George Washington University and Lois Murphy worked as a research consultant at Children's Hospital. She later worked as a guest scientist at the National Institutes of Health. In 1979, Murphy's husband Gardner passed away after battling Parkinson's disease. A decade after her husband's death, Murphy published a book length study of his work.

In 1981, for her contributions to developmental psychology, she received the G. Stanley Hall Award from the American Psychological Association. Over the course of her career she was a member of many organizations including, the Society for the Psychological Study of Social Issues, American Orthopsychiatry Association, and the New York Academy of Sciences. 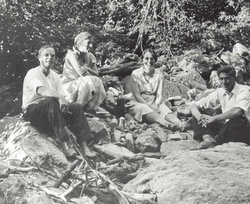 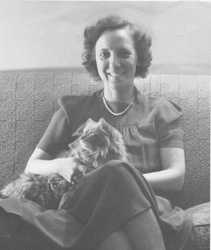 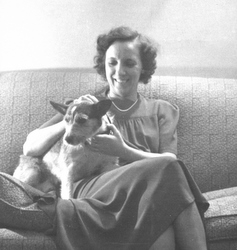 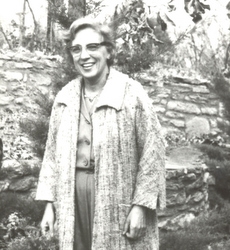 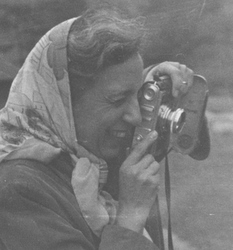