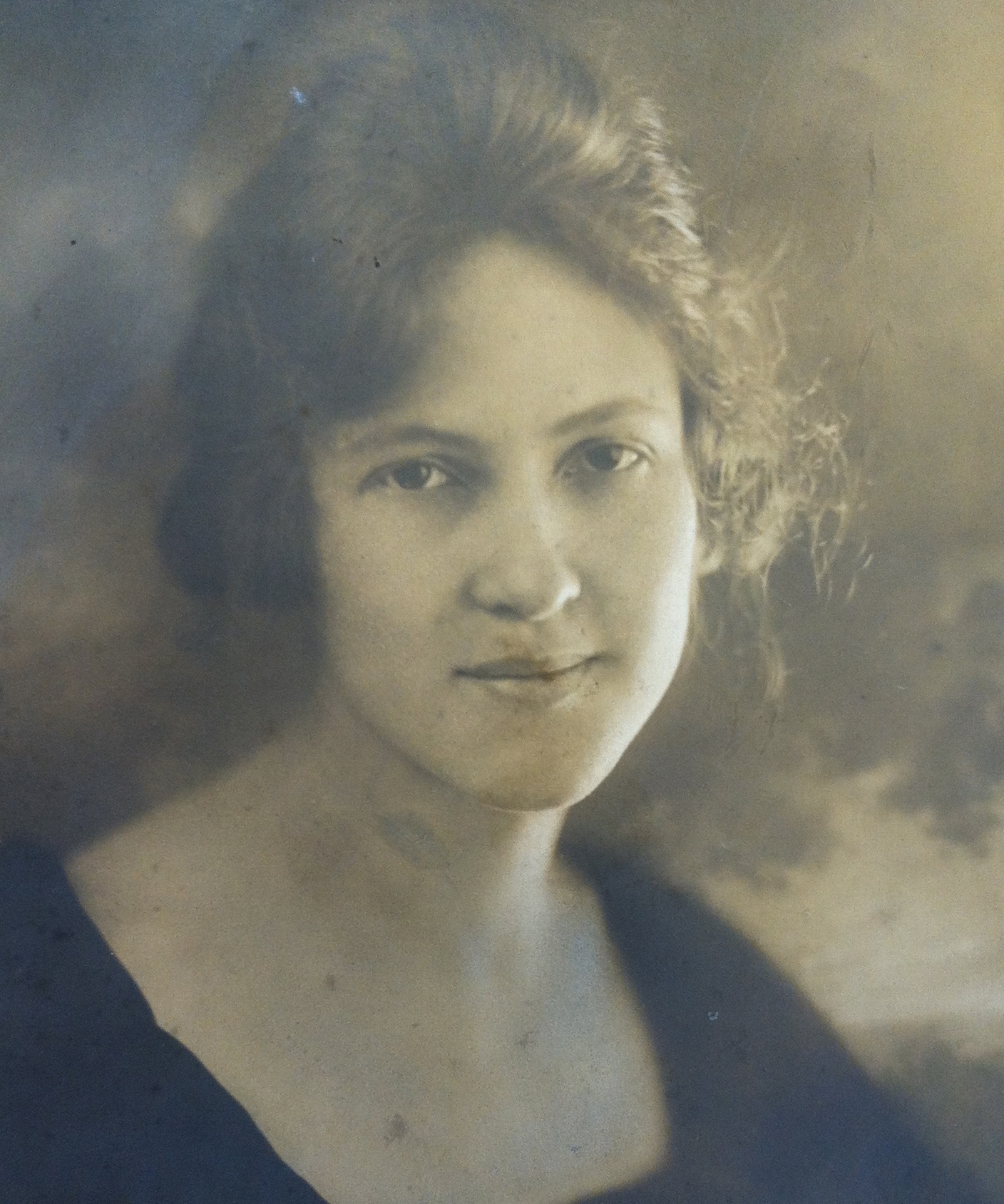 Lorine Livingston Pruette was an early 20th century psychologist and feminist. She was born in Millersburg, Tennessee on November 3, 1896 to Oscar Davis and Eulalia (Miller) Pruette, who went on to have three more children, one of whom died in infancy. Both her parents were college educated. Her mother's education was facilitated by an inheritance from her grandfather specifically designated for this purpose. Pruette’s childhood was also marked by the presence of strong female role models, embodied by both of her grandmothers.

Pruette spent her first five years living on a farm before the family moved to the small town of Christiana, Tennessee, so that she could attend school. When she was seven the family moved again, this time to Chattanooga. In high school, in the early 1910s, Pruette became interested in the suffrage movement. Despite this early interest and her feminist leanings, she never formally joined the movement, believing the effect of women earning the right to vote would be relatively negligible.

After graduating from high school in 1914, she enrolled in the University of Chattanooga. As part of her newly active social life during these years she began to lecture on controversial topics. Her lectures expressed her anti-war and anti-lynching stances. She earned a Bachelor of Science degree in Chemistry in 1918.

Several negative childhood experiences significantly influenced Pruette's worldview. Reflecting on her childhood later in life, she asserted that "There was not a thing papa knew how to do except ride a horse and boss the Negroes about the crops" (1989, p. 70). Her parents’ marriage was not always a happy one, and Pruette recalled that "Before I was six I knew men could do something terrible to women, and I flamed with the injustice of it" (1989, p. 70). During her childhood she saw her parents' marriage as a terrible burden on her mother, but later in life came to see their relationship as more complicated than she had realized.

A perpetually sickly child, Pruette was identified as bright early on. Her mother, thwarted in her own professional aspirations, put significant effort into Pruette's education. She learned to read and to recite the Greek alphabet before setting foot in school and as a young child decided that she would become a writer. By the age of 15: "I had only one religion, a sort of perverse feminism, based on the convictions that women had all the children, men had all the fun, and men were pretty awful anyhow. I was still determined to have a career as much like a man's as possible. And no babies. And no matrimony" (1989, p. 71-72).

Pruette's teenage decision not to have children stood the test of time, but her determination to avoid marriage did not. After completing her Bachelor of Science degree she spent a year in Washington, DC doing war-related work and then moved to Worcester, Massachusetts where she met and married Douglas Fryer. The two met at Clark University, where Pruette was studying for her Master's degree with psychologist G. Stanley Hall and Fryer was completing his doctoral degree, also in psychology. At Clark, which served as the site of Sigmund Freud's only visit to the United States, Pruette became interested in psychoanalysis and used the system to analyze the life of Edgar Allen Poe. Her experience at Clark was so positive that she later penned a glowing biography of her mentor, G. Stanley Hall: A biography of a mind.

After completing her Master's degree in 1920, Pruette moved to New York City. Her husband began a position as an instructor in the psychology department at Columbia University while she enrolled as a doctoral student in the department. In an unusual move for the period, but one consistent with her feminist ideals, she opted to keep her maiden name following her marriage. She earned a PhD from the institution in 1924 for her dissertation, Women and leisure: A study of social waste, which was simultaneously published as a book under the same name.

Pruette and Fryer set out to have a strictly egalitarian marriage. Although the couple collaborated on several studies, professional competition between the two was problematic for their relationship. Pruette's failure to obtain a Guggenheim fellowship in the 1920s, was a particularly sore point. After announcing her intention to apply for a fellowship her husband decided that he too would submit an application. Despite support from prominent scholars, Pruette's application was denied due to a rule that married women could only obtain fellowships if their husbands were also awarded one. Since her husband’s application was not successful, Pruette was unable to hold a fellowship. During this period of personal difficulty, she advocated the benefits of part-time work outside the home for women as a means of ensuring a degree of economic independence.

During most of her marriage Pruette experienced claustrophobia, depression and anxiety. She later attributed these difficulties to an undiagnosed thyroid disorder, though the resolution of these problems also coincided with the end of her marriage in 1930. Two years later Pruette remarried. In 1934, this relationship, with New York educational theorist John Woodbridge Herring, also ended in divorce.

Early on, in the 1920s and 1930s, as a thoroughly modern feminist, Pruette embraced the ideal of sexual liberation, advocating birth control and sex education. Later, in the wake of loosening social conventions, Pruette changed her mind and came to view sexual liberation as ultimately repressive for women. For her, such liberation led the new flapper generation to feel forced to be sexual. Instead, she pushed for commitment and love as preconditions for sexual intimacy. In the face of the sexual revolution of the 1960s she observed that "promiscuity is not the road to freedom" (as quoted in Trigg, 1989, p. 168).

Pruette's long held goal of being a writer came to fruition not just in the pages of professional psychology journals. Beginning in the 1920s and continuing through the 1940s, she also wrote for the New York Times, New York Herald Tribune, and the Saturday Evening Post, focusing especially on issues related to women and work, as well as psychological topics. Over time her feminism broadened in scope: "...in general all my old feministic revolt has been transferred from men to the conditions of human existence" (1989, p. 73).

In 1954, Pruette joined the staff of the New York Medical College. At the same time, she began working in private practice. Her counseling work, begun in New York City, later continued in her home state of Tennessee.

Pruette died in Tennessee in 1977. Years earlier she remarked: "I would leave principles out of my Utopia, even feminism; in place of principles I would give us all a magnificent and flaming audacity" (1989, p. 73).

Pruette, L. (1927). Saint in ivory: The story of Genevieve of Paris and Nanterre. New York: D. Appleton and Co.