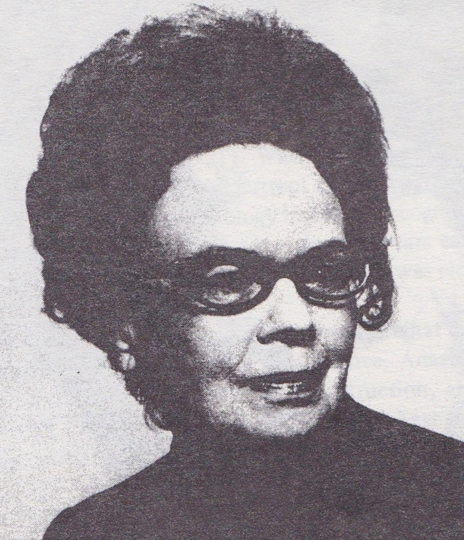 Louise Bates (Ames) was born on 29 October 1908, in Portland, Maine. The oldest of three children, Bates was the only daughter of Samuel Lewis Bates and Annie Earle Leach Bates. Her father was a respected lawyer and judge, and her mother a school teacher. Both her parents valued education and provided her with a safe, stimulating environment which helped foster her intellect and creativity.

Bates completed her primary and secondary education in Portland’s public school system. Here she developed an interest in debating, history, and literature. Following her high school graduation in 1926, Bates attended Wheaton College in Norton, Massachusetts. She did not enjoy her time at Wheaton and disliked the elitist atmosphere of the all-female institution. In 1928, she transferred to the University of Maine, and in 1930 received her B.A.

Although as a young girl Bates imagined herself becoming a lawyer like her father, a course in psychology spurred her to further her studies in this field. In 1930, she married fellow student and future psychophysiologist Smith Ames. After their marriage, Bates decided to pursue a career in psychology because it would permit her more flexibility for family life. Louise and Smith’s marriage lasted seven years, until 1937, when it ended in divorce.

After her B.A., Bates continued at the University of Maine. She received her M.A. in 1933, before attending Yale University for her doctoral studies. Bates received her Ph.D. from Yale in 1936 in experimental psychology. Her dissertation, The sequential patterning of prone progression in the human infant was published as a journal article in 1937. In the article, Bates discussed the development of creeping and crawling in infants, also known as the development of prone progression. While completing her Ph.D., Bates joined the Yale Clinic of Child Development. She worked there from 1933 to 1948, serving as the clinic’s secretary and personal research assistant to the director, Dr. Arnold Gesell. During her time at the clinic, Gesell and Bates published many works together, leading to numerous awards and distinctions. Bates was awarded two honorary doctorates of science, one in 1957 from the University of Maine and another in 1967 from Wheaton College. Furthermore, in 1974, Bates was the recipient of the University of Maine’s Alumni Career Award, the highest and most distinguished alumni award offered by the university.

In 1938, Bates was introduced to the film industry and produced her first film for Encyclopedia Films entitled How Behavior Grows: The Sequential Patterning of Prone Progression. The film conveyed the findings from her Ph.D. dissertation. In 1944, Bates accepted a full-time position as curator of Yale Films of Child Development. Here she developed a new method for film making which allowed her to objectively analyze children’s behavior. She also taught at Yale Medical School, first as an instructor and then as an assistant professor from 1936 to 1950.

During the 1940s, Bates co-authored three internationally-renowned books: The First Five Years of Life (1940), Infant and Child in the Culture of Today (1943), and The Child From Five to Ten (1946). The trilogy extended Gesell’s descriptions of children’s stages of growth from motor and cognitive development to that of personal-social activity. In doing so, Bates sketched out a kind of temperament for each succession of stages. In 1950, when Gesell retired from the Yale Clinic, Bates decided to join forces with Frances Ilg and Janet Learned to form the Gesell Institute of Child Development in New Haven, Connecticut. Bates was made director of research at the institute, however she assumed various duties and titles while remaining actively involved in the institute for over thirty years. At this time, she was also an active member of the International Council of Women Psychologists and with Harriet Fjeld conducted a large scale survey of women psychologists' areas of work, training, and professional opportunities that was subsequently published in the Journal of Social Psychology.

In 1951, Bates and Ilg began their very popular syndicated newspaper column, Child Behavior. This question-and-answer column ran for many years and led to their equally popular book, also titled Child Behavior (1955). The book has become a classic for parents and professionals. It contains the basics of child development, addressing exactly how children’s bodies can affect their behavior. Furthermore, the book advises parents on how to prevent problem behavior in childhood. In 1962, Bates and Ilg changed the name of the column to Parents Ask, which was coincidentally the title of another widely selling book they published together that year. At the same time, Bates also worked on a half hour weekly TV show called Child Behavior.

In 1952, Bates (et al.) published the monumental normative study on age and its relation to Rorschach responses. Her findings were published in the trilogy The Master Work Series. Prior to Bates’ research, clinicians had been using a single standard to judge the normality of Rorschach responses. Bates demonstrated that both children and the elderly have patterns of response that are different from other age groups. Her research further supported her existing claim that age must be considered when evaluating the significance of differences in behavior.

Louise Bates (Ames) was viewed as one of the preeminent scholars in developmental psychology. Throughout her career, she wrote and collaborated on numerous books, monographs and several hundred articles. In 1974, she was honored by the Society for Projective Techniques and the Rorschach Institute for her distinguished contributions. Always taking great pleasure and interest in her work, she was actively involved in research and writing until the last months of her life. In 1996, Bates succumbed to a decade long battle with thyroid cancer; she died at the age of 88.

Ames, L. B. (1960). Constancy of content in rorschach responses. The Journal of Genetic Psychology: Research and Theory on Human Development, 96, 145-164. 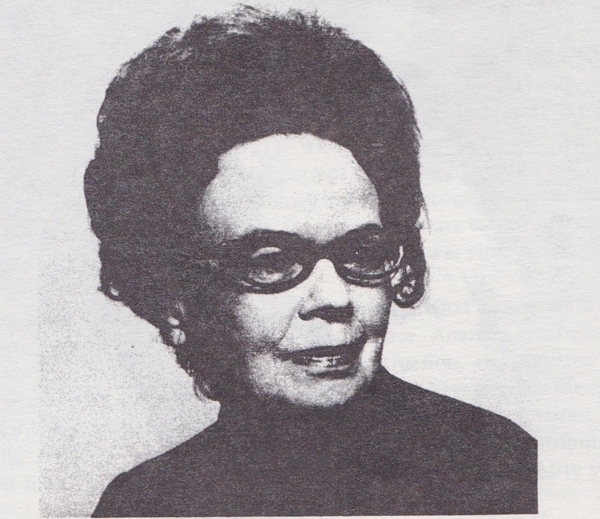