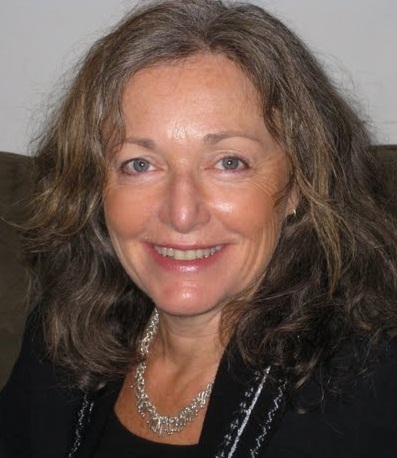 Luise Ronni Eichenbaum is a self-identified feminist, whose views were shaped by the new left, feminism, and anti-war politics of the late ‘60s and early ‘70s. As a young student, however, her feminist identity operated below her consciousness. She was aware of her interest in women and gender to the point that she sought out a women’s studies program and changed schools to be part of it, but it wasn’t until she began participating in feminist groups that she discovered how deep her feminist ideals ran.

As a university student during the height of the feminist movement, Eichenbaum was surrounded by activism and social change. After acknowledging her interest in women’s studies, she became involved in activism by joining a socialist feminist group called the New York Women’s Union. The group was comprised of young women like herself who were trying to establish a feminist identity among all the other movements and activist groups they witnessed around them. At this point in her career, Eichenbaum was studying social work, and the Women’s Union was an opportunity to meet with other social workers, as well as psychologists, to discuss equality issues pertinent to themselves, as well as their clients. Among the women involved in the group, Eichenbaum made connections with many fellow members including Carol Bloom and Susie Orbach, both of whom she later worked with extensively throughout her career.

Though Eichenbaum chose to study social work after attaining her undergraduate degree from City University of New York in 1973, during the course of her studies she developed an interest in psychology as a way to bring about change in herself. She recognized that the ideology discussed in her consciousness-raising group did not always align with how she actually conducted herself day-to-day. She also noted that women who identified as feminists often experienced more shame with regard to dependence than average women. They felt that relying on someone else undermined their independence and compromised their feminist identity. Eichenbaum thought psychology might offer insight into these issues. Her friend Susie Orbach, a psychotherapist, also inspired her to take a psychological perspective in her work.

Eichenbaum’s friendship with Orbach continued to develop following her completion of graduate school. The two women decided to move to London, where Orbach was from, because of the active women’s movement in England during that time. Eichenbaum recalled that the move was also in part because she did not want to start on her “very prescribed trajectory,” and instead wanted to do something different. Inspired by the 1974 book Psychoanalysis and Feminism by Juliet Mitchell, and noting that there were no women’s therapy centers in England, Eichenbaum and Orbach, founded The Women’s Therapy Centre in London in 1976. The centre offered women low cost individual therapy as well as group therapy sessions.

The Women’s Therapy Centre quickly gained popularity and the demand for therapy grew. Out of necessity, Eichenbaum and Orbach hired more staff and applied for government funding to help sustain the services they were providing. While the success of the Centre was rewarding, the workload was proving overwhelming for Eichenbaum. Exhausted and looking for more manageable ways to contribute to her field, she realized that she could make an even greater impact by training other clinicians to continue the work of the Women’s Therapy Centre. With this new motivation, Eichenbaum took her idea back to New York City and in 1981, Eichenbaum and Orbach founded the Women’s Therapy Center Institute, which focuses on the teaching and training of new therapists.

Over the years, Eichenbaum and Orbach have remained close friends and long-time collaborators. They have published numerous books and articles together, chronicling their time as psychotherapists and recounting the experiences of women from all walks of life, while also outlining theories of female development and therapy techniques. In Between Women: Love, Envy and Competition in Women’s Friendships (1987), the authors look at women’s friendships and provide examples of relationships wherein women fail to share their feelings with the female friends they rely for support. They argue that hiding these feelings can cause friendships to rupture and then offer various approaches to repairing such friendships. In another collaborative effort entitled Understanding Women (1982), Eichenbaum and Orbach explore the mother-daughter relationship and its impact on a girl’s psychological development.

In addition to her frequent publications with Orbach, Eichenbaum has also published her own work, which elaborates on the mother-daughter relationship. She has written on the relationship women have with food and their bodies. Today, Luise Eichenbaum remains on the board of directors at the Institute in New York City and is also a member of the Women’s Mental Health Consortium.