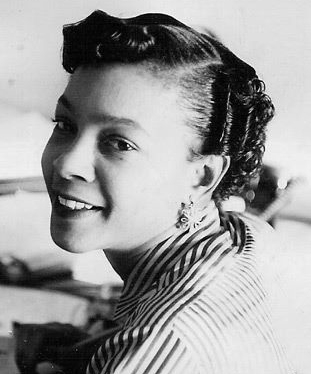 Mamie Phipps Clark was born on April 18, 1917 in Hot Spring, Arkansas. Her father, Harold H. Phipps, was a physician and her mother, Katy Florence Phipps, was a homemaker who was actively involved in her husband's medical practice. Clark described her childhood as generally happy and comfortable, despite growing up during the Depression and amidst virulent racism: "How can I tell you I had a happy childhood? I enjoyed everything ... Now, by objective standards, I would guess you would say it was just an average family. But it was a very privileged childhood."

Clark graduated from Langston High School at seventeen, and despite the extremely meagre opportunities available to black students, she was offered several scholarships to pursue higher education. Among those scholarships were offers at two of the most prestigious black universities in the country - Fisk University in Tennessee and Howard University in Washington D.C. She chose to attend Howard University where she began her university career in 1934 as a math major minoring in physics. At Howard University, Clark also met her future husband, Kenneth Bancroft Clark, a master's student in psychology who later became famous for his involvment in the pivotal Supreme Court Case: Brown versus Board of Education of Topeka. It was Kenneth who eventually convinced Mamie to pursue psychology because - unlike mathematics and physics - the field appeared promising in terms of employment opportunities, and would allow her to explore her interests in children's development: "I'd always had an interest in children. Always, from the time I was very small. I'd always thought I wanted to work with children, and psychology seemed a good field."

In 1938, Mamie Clark graduated magna cum laude from Howard University, and immediately enrolled in the psychology graduate program. In her master's thesis she investigated when black children became aware of themselves as having a distinct "self," and when they became aware of belonging to a particular racial group. Her thesis, "The Development of Consciousness of Self in Negro Pre-School Children," was the beginning of a line of research that became historic when it was used to make racial segregation unconstitutional in American public schools. She defined "race consciousness" as a consciousness of self as belonging to a specific group which is differentiated from other groups by obvious physical characteristics. She concluded that children became aware of their "blackness" very early in their childhood (likely by age 4 or 5), and it was precisely this conclusion that became the foundation and the guiding premise for the Clark's famous doll studies.

Clark confessed that it was not until the end of her undergraduate years that she finally became confident that something could be done about segregation and racial oppression. In the summer of 1938, Clark was hired at the law office of Charles Houston - a prominent lawyer and a leading civil rights figure - at a time when segregation cases were being taken up by the National Association for the Advancement of Colored People legal defense fund. Into this office came lawyers like Thurgood Marshall and Charles Houston's own son, William Houston. As Mamie Clark later noted: "I can't even remember the names of them all, but they converged in his office to prepare these cases and that was the most marvellous learning experience I have ever had -- in the whole sense of urgency, you know, of breaking down the segregation, and the whole sense of really, blasphemy, to blacks, was brought very clearly to me in that office".

She thus returned to her student life with the vivid and optimistic idea that an "actual tangible approach" to end racism and segregation was more than possible - it was real. She entered Columbia University to pursue her PhD. A little less than a decade later, it was the Clark's work, and Mamie Clark's expertise in black children's self-perception - that provided social scientific evidence that was influential in the Supreme Court's decision in the 1954 Brown case.

Although Mamie Clark’s dissertation was a developmental study of mental ability, at the same time that she was conducting this research she was collaborating with Kenneth on further studies of racial identification in children. These studies were completed by 1943, but reports on the findings did not begin to appear in print until 1947. As Kenneth Clark later reported: "Mamie and I were into the racial preferences and identification of Negro student research…. It was an extension of her Master’s thesis on racial identification of Negro students. That was the thing that came to be known as the “Dolls Test” that the Supreme Court cited. The record should show that was Mamie’s primary project that I crashed. I sort of piggybacked on it." (K. B. Clark, as cited in Nyman, 2010, p. 76)

The Clarks tested over 250 black children, 134 of whom attended segregated nursery and public schools in the south (Arkansas), and 119 of whom attended racially mixed schools in the northeast (Massachusetts). They found that by age 7, 87% of the children correctly self-identified by choosing the brown doll as the one who looked like them. In terms of racial preference, the majority of black children chose the white doll as the doll they wanted to play with (67%), indicated that the white doll was the nice doll (59%), indicated that the brown doll looked bad (59%), and chose the white doll as having the nice color (60%). While these findings were similar for children in both the segregated schools of the south and the racially mixed schools of the north, the Clarks reported that many of the southern children appeared to have internalized a passive, resigned acceptance of their inferior racial status, while children in the racially mixed schools seemed more aware of the injustice of racial discrimination and were more actively upset by it. They concluded that integration was a key to helping children, both black and white, achieve healthy racial self-identification and to improve race relations.

In 1943, Clark received her Ph.D. from Columbia University, making her the first black woman to earn a psychology doctorate at Columbia, and the second black person - her husband Kenneth having been the first. With characteristic determination, Clark had selected Henry E. Garrett as her sponsoring dissertation professor - Garrett was an exceptional statistician but also an open racist whom she later confronted under oath during a court case. Garrett was testifying as to the mental inferiority of black children. Unsurprisingly, upon graduating Clark encountered immense difficulty in finding work as a psychologist. As she explained her situation: "Although my husband had earlier secured a teaching position at the City College of New York, following my graduation it soon became apparent to me that a black female with a Ph.D. in psychology was an unwanted anomaly in New York City in the early 1940s."

After several unsatisfying employment experiences, Clark found a position that would lay the foundation of her life's work and extensive contributions to the field of developmental psychology. The job was a counselling position at the Riverdale Home for Children in New York. Here, she conducted psychological tests and counselled homeless African American girls. This experience at Riverdale, she described, was also the moment when she clearly perceived the tremendous shortage of psychological services available for blacks and other minority children in New York City: "I think Riverdale had a profound effect on me, because I was never aware that there were that many children who were just turned out you know, or whose parents had just left them, so to speak."

Clark believed, however, that the lack of care displayed by these children's parents, as well as the frustrations, anger, and worries that plagued these youngsters, were a direct product of a racist and racially segregated society. In February 1946, Mamie Clark opened the doors of "The Northside Center for Child Development" in Harlem; Northside was Clark's response to the city's lack of social services for minority children. Indeed, Northside became one of the first agencies to provide comprehensive psychological services to the poor, blacks, and other minority children. A couple of years later, the Center expanded its services by providing not only psychological help for behavioural and emotional problems, but a number of educational programs for both children and their parents.

Along with her work at Northside, Mamie Clark was active in the larger Harlem community and the greater New York City area. She worked with Kenneth on the Harlem Youth Opportunities Unlimited project, as well as serving on its advisory board. She was active in the initiation of the national Head Start program. Beyond psychology and child development, she served on the Board of Directors of numerous educational and philanthropic institutions. In brief, Mamie Clark was deeply involved in her community.

Clark served as the Director of the Northside Center from 1946 - the year of its inception - until her retirement in 1979. She died on August 11, 1983. As one of her staff members characterized her directorship of the Center: "When an unusual and unique person pursues a dream and realizes that dream and directs that dream, people are drawn not only to the idea of the dream, but to the uniqueness of the person themselves. I think this is what Dr. Mamie was like...Northside, including today's school, really revolved on her ingenuity, her dream...." (Johnson, 1993, as cited in Markowitz & Rosner, 2000, p. 246).

Clark, K. B., & Clark, M. P. (1939). The development of consciousness of self and the emergence of racial identification in Negro preschool children. Journal of Social Psychology, 10, 591-599. 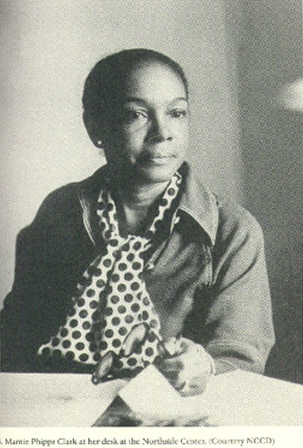 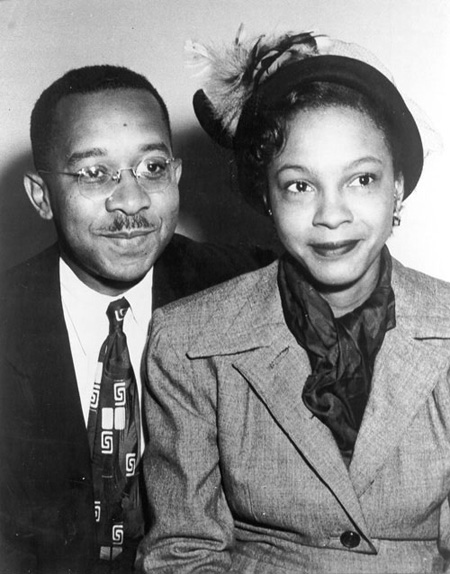 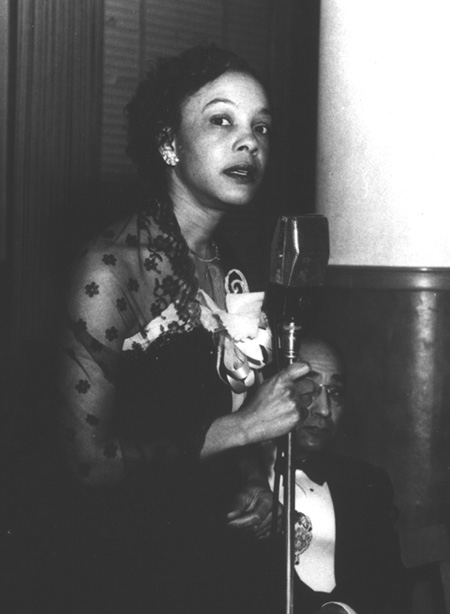 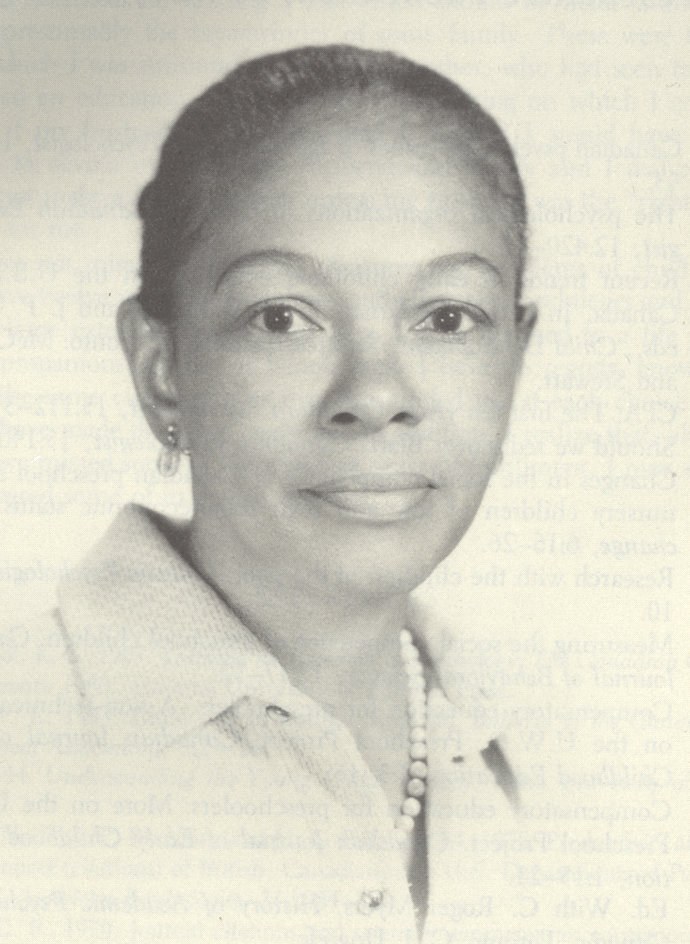 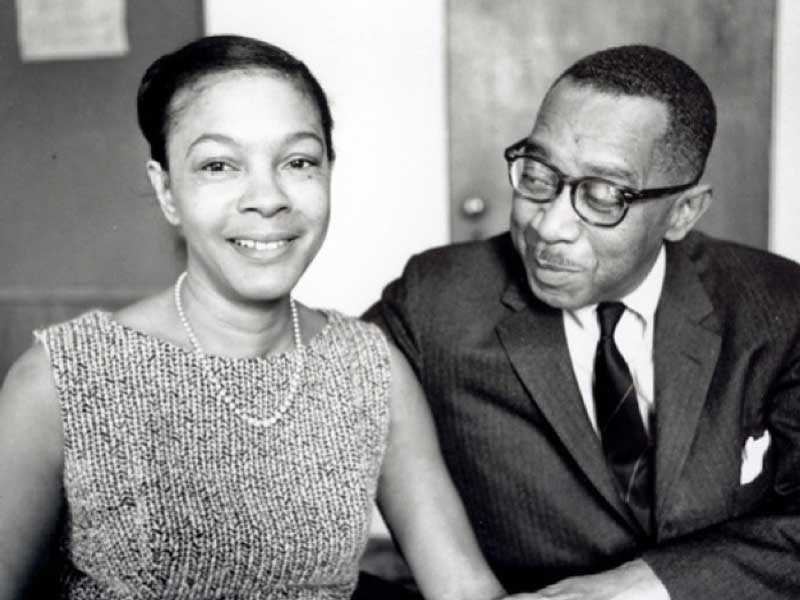 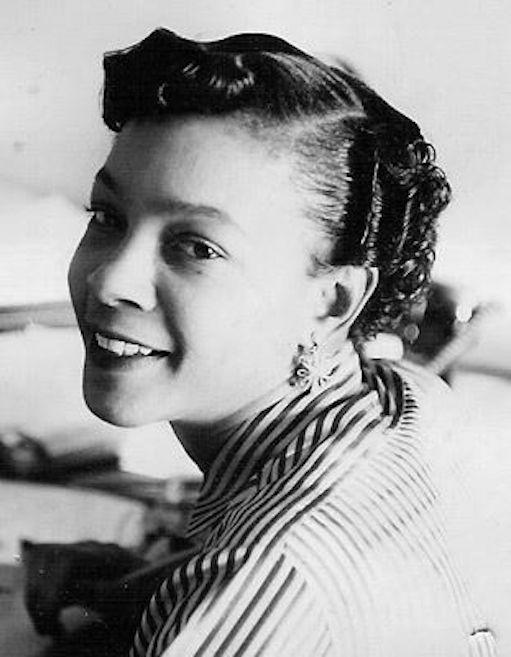