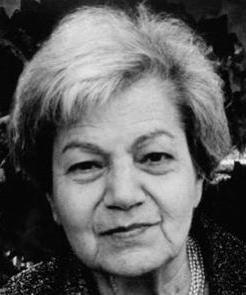 Margaret Schonberger (later Margaret Mahler) had an unusual relationship with her parents which had an extraordinary impact on her future career. As a child Schonberger’s father, a successful physician, often treated her as if she were a son and encouraged her scientific inquiries. Her mother was an unhappy homemaker and did not have a close relationship with her daughter. When Schonberger’s little sister Suzanne was born, however, her mother developed a close bond with her. What Schonberger witnessed in her own family would eventually inspire a lasting career in mother-infant research, theory and treatment.

In her teens Schonberger set out to study science, an unusual pursuit for a young woman at the time. The school she was enrolled in was in Budapest and so at the age of 16, Schonberger left the small town where she had been raised and headed to the big city. Once in Budapest, Schonberger befriended a young Alice Szekely-Kovacs, who was a member of what was known as the Budapest Circle. This group included Sandor Ferenczi, Michael Balint and Imre Hermann, and they encouraged Schonberger to read Freud and participate in discussions about the unconscious mind. This piqued Schonberger’s interest in psychology, though not enough for her to want to study psychoanalysis in university.

Schonberger continued her schooling by enrolling at the University of Budapest, this time studying art history. It was not long before she realized that her scientific mind was, indeed, dominant over her artistic side. She switched into the medical program and eventually transferred to the University of Munich where she participated in clinical training in paediatrics.

During her time at the University of Munich, the climate of the city began to change rapidly and as a Jewish woman, Schonberger could not ignore the growing anti-Semitic movement. In fact, Schonberger and her sister were arrested and held for hours one day simply because she was Jewish. As a result Schonberger transferred to the University of Jena where she would eventually graduate in 1922. Before she graduated, however, Schonberger witnessed something that helped define her career trajectory. She was working in a clinic one night when a man arrived with his son. He had brought his son in because of what they determined was a failure to thrive. The man left his son in the care of the clinic and the boy died that night for no known medical reason. This got Schonberger thinking and she began to explore the symbiotic relationship and attachment between child and parent.

In 1922 Schonberger was informed that she could no longer stay in Germany since she was neither a student nor a citizen. From there, she moved to Vienna where she began her transition from paediatrics to psychoanalysis. Her training in psychoanalysis proved challenging: Helene Deutsch was to oversee her but insisted that Schonoberger was unanalyzable. She eventually graduated from the Vienna Psychoanalytic Institute and became a member of the institute in 1933.

At the age of 39 Schonberger married a chemist named Paul Mahler. The marriage caused some friction between the new Mrs. Mahler and her father. He believed that she was successful and did not need to get married. His concern for their marriage proved to be justified as Paul continued to pour money into his family’s sinking business. This put strain on the marriage, and Mahler commented some years later that even though she wanted children, she was somewhat relieved that she didn’t have any because of all the trouble her husband had caused over the years.

Shortly after Mahler married the Nazis annexed Austria. Luckily, Mahler had treated the widow of the Viceroy of India in her psychoanalysis practice, and the widow asked the British Empire to invite the Mahlers to England in order to escape the Nazis. So Mahler and her husband headed to England. After only six months there they decided to move to the United States. But Mahler was not greeted as warmly as she had expected when she arrived in New York in 1938; she was outcast by the New York Psychoanalytic Society. Apart from being treated poorly by her academic peers, Mahler was coping with the effects of war on her family. She begged her parents to join her in the United States but they refused. Mahler’s father passed away prior to the Nazi invasion, but her mother was transported to Auschwitz and killed.

Despite a traumatic transition to American life, Mahler’s career was on an upswing following the war. She accepted a teaching position at the Philadelphia Psychoanalytic Institute in 1950. From there, she accepted her dream job as the chair of the Child Analytic Program. This position allowed her to combine her love of psychoanalysis with child development. While working at the Philadelphia Psychoanalytic Institute, Mahler defined and clarified her now famous separation-individuation theory. Her theory describes the development of an infant’s idea of self. At birth, the child is unable to distinguish between the self and the mother. As the child develops, he/she gains a sense of self and autonomy and begins to distinguish him/herself from the mother.

At approximately the same time as she began her work at the Philadelphia Psychoanalytic Institute, Mahler opened the Masters Children’s Center in Manhattan. There she developed a therapeutic treatment for children that included the participation of the child’s mother. This revolutionized child psychoanalysis techniques and developmental theory in North America.

Margaret Mahler was many things: an academic, a writer, a mentor and a teacher. She described herself as impulsive and endured many traumatic life events that caused her to suffer multiple bouts of depression, but she persevered and was able to make significant contributions to her field. She continued to work right up until her death in 1985. She passed away in New York at the age of 88.

Mahler, M. S. (1971). A study of the separation-individuation process: And its possible application to borderline phenomena in the psychoanalytic situation.The Psychoanalytic Study of the Child, 26, 403-424.

Mahler, M. S. (1974). Symbiosis and individuation: The psychological birth of the human infant.The Psychoanalytic Study of the Child, 29, 89-106. 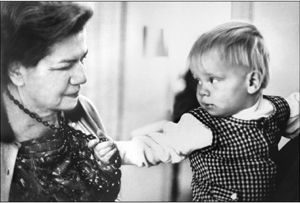