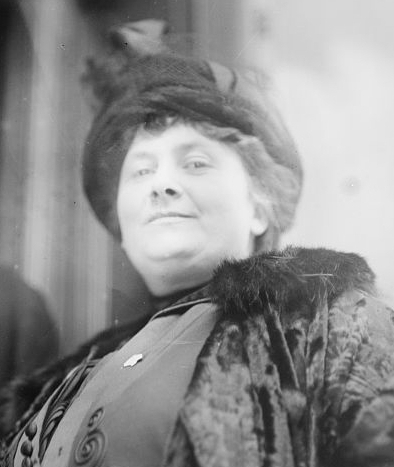 Maria Montessori was born on August 30th, 1870 in Chiaravalle, Ancona, Italy, to parents Alessandro Montessori and Renilde Stoppani. In her early studies Montessori worked towards an engineering degree, which she obtained in 1884. In so doing, she honed her mathematical skills, developing into an outstanding mathematician. While taking her engineering classes, she also availed herself of some classes in biology. Her studies in biology persuaded her that medical school was the right path for her. Despite the lack of approval of her father, and most professors in the medical school, Montessori was accepted to the University of Rome - La Sapienza, becoming the first woman to be admitted. In 1896, she also became the first Italian woman to receive a medical degree. She graduated as an expert in bronchial asthma. In the same year, Montessori started her private practice as a physician, and also took a position at San Giovanni Hospital in Rome. As if these positions were not daunting enough, she took on another role as the Chair in Hygiene at the Women's College in Rome. During this productive year after graduation, Montessori was asked to represent the women of Italy at a feminist conference in Berlin. At the conference she spoke about working women. Her talk was so well delivered, and the media was so impressed by her presence, that she became an instant feminist spokesperson in Italy. Needless to say, she was asked to speak again in 1900 at the same conference in London. This time Montessori addressed the need to stop exploiting children as a means of labor.

In 1897, Montessori began taking classes again at the University of Rome, this time enrolling in courses on pedagogy. However, she was not working towards a degree; her aim was simply to further her knowledge. At this time, she was also asked to become the co-director of a new institute, Scuola Magistrate Ortofrenica, established to train teachers to work with 'feeble-minded' children. The other co-director was Giuseppe Montesano. The two quickly became lovers, and Montessori became pregnant with her first and only son, Mario Montessori (1898-1982). Unfortunately, Montesano married another woman, and Montessori left the institute in 1901.

Instead of finding a new position after leaving her co-directorship in 1901, Montessori returned to her studies full-time, enrolling as a student in psychology and philosophy. She took classes, predominately in educational philosophy, physical anthropology and experimental psychology. Her studies in anthropology led to her appointment as a professor in the department in 1904, and culminated in her book Pedagogical Anthropology (1913). During her studies, Montessori became acquainted with the works of Jean-Marc Gaspard Itard and Eduoard Séguin. Their works profoundly influenced her, and they loomed large in her own thoughts on education.

On January 6, 1907, Montessori opened her own school for poor, 'mentally defective' children - Casa dei Bambini (Children's House). Here she was finally able to put her theories on educating feeble-minded children to the test. Her method, known as the Montessori method, was an instant success and programs styled after hers spread rapidly throughout Italy. Within a year, there were few people in education who did not know of her, or her method.

The Montessori Method consisted of a few basic tenets. She observed that children learn through play. Montessori therefore understood learning to be an active process, rather than a passive one. As such, the classroom must be prepared in such a way as to intentionally stimulate learning through these methods. Of special concern are reading and math skills. These materials should be intrinsically interesting in order to promote a love of learning, and instruction should be individualized. Montessori believed that children are born wanting to learn, and that it is necessary to keep them stimulated. Cultural and environmental deprivation can have disastrous consequences for their later development. The notion of culture and environment were important concepts for Montessori. She believed that the environment was crucial to development, and that parents should be actively involved in the educational process.

In 1909 she taught her first course on the Montessori approach to education, with students from many different countries. The 'Montessori Movement' continued to grow internationally, sparking Montessori to form the Association Montessori Internationale (AMI) in 1929. The aim of AMI was to ensure that the pedagogical principles behind the Montessori method continued to be adhered to in schools opened in her name, and to continue research and promotion of the method. Montessori established links between AMI and UNESCO, and in 1985 it became an officially UN-recognized non-governmental organization (NGO).

As Mussolini's power grew in Italy, and the pact with Hitler's Germany was made, Montessori (who had originally prospered under his rule) became suspect. Her schools were closed, and the loyalty of her teachers was questioned, as they refused to use the method to raise children as soldiers. Montessori fled to Spain, but after the civil war broke out in 1936, she moved to England. In 1939, after being asked to give a series of talks in Madras, she and her son moved to India, remaining there until 1947. At this time, she and her son moved to the Netherlands, making this the permanent headquarters for the AMI.

In her last years, Montessori was nominated for the Nobel Peace Prize three times (1949, 1951, 1952), however, each time the prize eluded her. She died in Noordwijk, Netherlands, on May 6, 1952 of a cerebral brain hemorrhage. 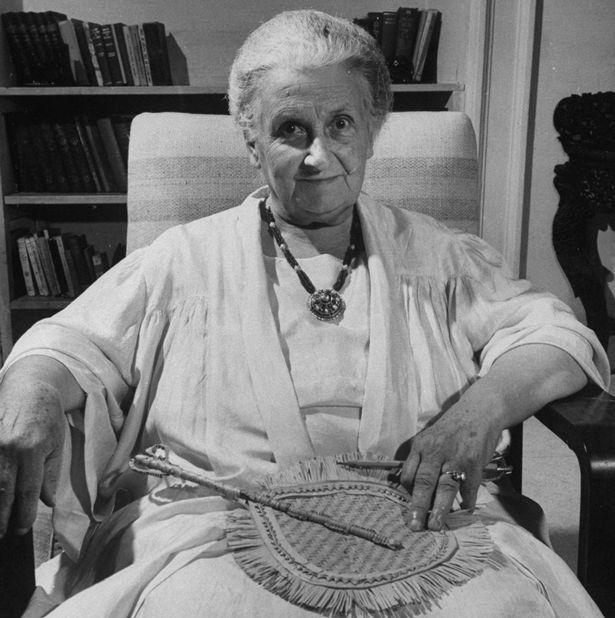