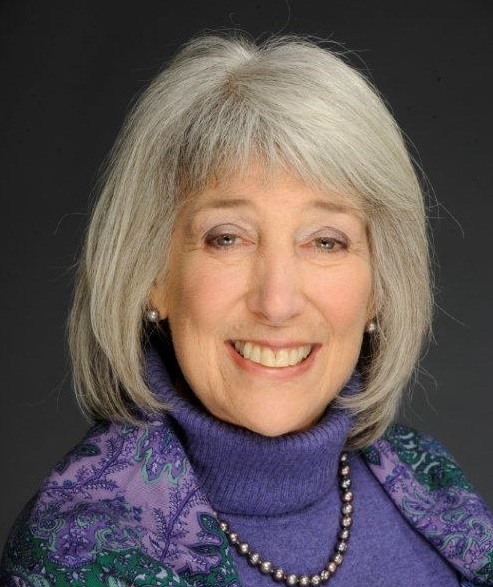 Marion Rudin Frank was born June 1st 1942 in Philadelphia, Pennsylvania. Prior to the emergence of her feminist consciousness, Frank described herself as a product of the 1950s. In 1960, she attended Pennsylvania State University with the intention of becoming a teacher, a fairly traditional career choice for women at that time. However, immediately following her graduation from college, Frank married her first husband and set aside her own career aspirations to support his endeavors when he enlisted in the United States Air Force during the Vietnam War. Her marriage came to an abrupt end during its second year when her husband was killed in the line of duty. The tragic event triggered a reformation of Frank’s identity. Initially, unfamiliar with her new social role as an independent woman, Frank experienced a period of confusion; “All of a sudden, here I was a widow at the age of 23 and [I] really didn’t know what to do with myself at the time, and had no vision of how to be a single woman.” However, a combination of time, educational opportunities and community involvement influenced the development of Frank’s own feminist identity and eventually led to a successful career as a board certified psychotherapist and licensed psychologist.

Following her first husband’s untimely death, Frank decided to use her BA degree in Arts and Letters and took a position as a teacher. However, she discovered that she was more interested in counseling her students than in delivering the school’s set curriculum. With a newly sparked interest in psychology, Frank considered taking on a different role in the school environment as a guidance counselor. In 1967 she graduated with a master’s degree in Counseling Psychology from Columbia University and went on to work for two years with the Halfway House Rehabilitation Program offered at Camden County’s Mental Health Association.

Frank’s new career path marked one of many transitional periods in her life; her acquaintance with feminist theory marked another. Upon the completion of her second degree, she came across The Feminine Mystique by American feminist Betty Friedan, a book that challenged the submissive model of womanhood that reigned in the fifties. Frank credits Friedan for awakening new perspectives on societal barriers that were inhibiting women from achieving particular goals and for empowering her to re-evaluate some of her own life decisions. Her new feminist identity was met with skepticism from some family members, especially when she became the first in her extended family to divorce (her second husband) and become a single parent to her young daughter. However, support from friends and newly developed colleagues reinforced her feminist values and encouraged her to embark on the third leg of her academic journey: the pursuit of a doctoral degree in Adult, Group and Organizational Psychology.

While pursuing her doctorate, Frank had many opportunities to use her background in teaching and counseling psychology. She took on temporary faculty positions at several Philadelphia universities, including Jefferson, Drexel, and Temple and taught courses such as Counseling Psychology and Group Psychological Processes while working on her dissertation. During her doctoral training, Frank also decided to pursue a focus on clinical psychotherapy. One of her professors and mentors, Dr. Mattie Gershenfeld, gave her the opportunity to work as a Group Therapist at the Institute of Awareness, where she led consciousness-raising groups for women to facilitate personal development. The position at the Institute not only gave Frank valuable experience but also helped solidify her feminist approach to therapy. As Frank notes of that period, “it was a very exciting time where women were just starting to understand that there were…basically no women in positions of power, and that this was a sexist world.”

In 1977, Frank became licensed as a psychologist in the state of Pennsylvania. In her post-doctoral years, she was offered a position, as a psychotherapist in the country’s first Employee Assistance Program (EAP), within a large corporation based in Philadelphia. Her background in Organizational Psychology and her experience with the EAP prompted her to eventually start her own Employee Assistance company, Professional Psychology Services (PPS) in 1980. Since then, PPS has grown to serve over 60 national businesses, providing mental health services as their local representative within the Delaware Valley region. PPS offers a multitude of programs such as organizational training for management, critical incident stress debriefings, and mental health consultations for employees and their families. Frank also started her own private psychotherapy practice that she describes as grounded in feminism and Jungian psychology. In 1994 and 1995 she became board certified in clinical hypnotherapy and medical psychotherapy respectively, which helped to diversify the mental health services she provided. Frank now deals with a wide range of issues as she works with individuals and straight and gay couples in psychotherapy treatment. She also still is filling her role of President of PPS.

In addition to her full professional life, Frank has dedicated a great deal of her time to a diverse number of community organizations. She was a member on the founding board of the Philadelphia Women’s Network, the first network of its kind in the city of Philadelphia that connected female professionals from a variety of backgrounds. Additionally, she was the Founding Director of the Progressive Epilepsy Network, where she served on its board for ten years from 1980-1990, and was a founding member of the Women’s Health Alliance from 1985-1988. In 1992-1994, she served as president of the Industrial/Organizational Division of the Pennsylvania Psychological Association. Frank has also committed much time and effort to The Gold Star Wives of America. Originally created during WWII to provide support for the wives of military personnel who died in the line of duty, GSWcounts Eleanor Roosevelt among its founding members and has since evolved to include widowers as well. In 2004, Marion Frank assumed the role of President of the organization’s Philadelphia chapter. Two years later, she assumed the role of Coordinator of the Philadelphia Jungian Professional Club, an organization for the professional development and continued education of senior level psychotherapists in her broader community.

In recognition of her extensive career and community participation, Frank has received a number of honors and distinctions including Service Awards from Philadelphia’s Women Network and the Philadelphia Society of Clinical Psychologists. She was also presented the Milestone Member Award from the Philadelphia Society of Clinical Psychologists to celebrate her years of service to the psychological community. In 2006, she was notified that her biographical information was included in the book, Feminists Who Changed America; 1963-1975, edited by Barbara Love of Veteran Feminists of America.

Now in her seventies, Frank shows no sign of retiring from doing what she loves. When asked about the kind of advice she would give to a young feminist psychologist, Frank replies: “I think you have to carve your own way… It’s really okay to explore different aspects of your career field, to meander while you grow and develop and find the path that feels right and has meaning for you. I hope this is the advice I gave to my daughter, who is, by the way, a clinical psychologist in Boston.”

Through her own self-exploration, Marion Frank has been able to carve out a career that has spanned well over three decades and has changed the lives of countless men and women.

Frank, M.R. (1997). Ballet as a way of knowing: A psychological perspective on women and dance. Dancing Female. Harwood Press.