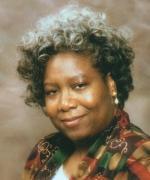 Born in Washington D.C. in July 1951 and raised in Newport, Rhode Island, Martha Banks describes her childhood and teenage years as somewhat confusing and filled with mixed messages. Unlike many African Americans at the time, whose educational development had been deliberately hampered by U.S. politics of hate and discrimination, Banks came from a highly educated family background. Both of her parents had attended Brown University and brought within the family a "real push" toward academic success. Despite the self-esteem and confidence which resulted from her parents' strong support, the reality she experienced in the school system was isolating and diminishing. Newport was certainly not ethnically diverse, in fact Banks says that for the most part she always found herself as the only black student in many of her classes. It is precisely from this experience that Banks describes the formation of her identity as one that began with racial consciousness rather than an awareness of gender issues. The isolation she felt as the sole black student in classrooms was not limited to her elementary schooling:

It continued all the way through high school, so I did not have a real sense about gender role issues at all except for guidance counselors who told me when I said that I wanted to be a doctor ... 'no, you want to be a nurse'! And I did not take that as a gender issue as much as I took it as: 'this is one more way that they are trying to discourage a black student from going as far as she can go'.

Her experiences have informed Banks' work as a researcher, a neuropsychologist, and an educator. Indeed, she has worked for greater inclusiveness in psychological assessment, in the ranks of the APA, and has also fought to broaden perspectives in the teaching of psychology. In collaboration with her colleague Rosalie Ackerman, Banks has developed the Ackerman-Banks Neuropsychological Rehabilitation Battery, the first battery to include an ethnic minority normative sample. Banks believes that, ethically, assessment without directions for rehabilitation is insufficient, and that a path to rehabilitation is needed if we are to think about the patient's life after diagnosis. She describes that what led her desire to include an ethnic minority sample was her frustration that absolutely no tools available corresponded to the realities of minorities: "it is really particularly difficult right now as we are starting to talk more and more about empirically based practice. It is very frustrating that there are not culturally relevant assessment techniques and treatment techniques for a lot of the people who are in need of treatment".

Banks has been heavily involved in the profession of psychology at the national level. As she notes of her first participation in the American Psychological Association convention: "the very first time I came to APA was also ... the very first meeting of the Section on the Psychology of Black Women in Division 35. I walked into APA and found a home"! She has since remained involved with Division 35 and, in the early nineties, became a lead collaborator in a new division initiative called "Collaboration for Ethnic Minority Women". This collaboration was essentially an attempt to bring awareness to existing possibilities for inclusiveness within Division 35. In 2009 Banks served as President of the Division and gave her Presidental Address on the topic of 'Feminist Psychology and Women with Disabilities: An Emerging Alliance'.

In 1989, Banks started teaching in the Department of Psychology at the College of Wooster. Despite the fact that they were looking for someone to teach Black Psychology, the Department remained an extremely unfriendly environment for any black professor. As Banks describes: "the psychology department was very hostile and was not welcoming of black faculty... I stayed there for two years which was the longest that any black faculty member of that department stayed!"

Banks is also one of the founders of Division 45 - the Society for the Psychological Study of Ethnic Minority Issues. She describes the Division as a "very important voice and focal point for ethnic minorities". The division includes several groups of ethnic minorities and, as she points out, it has also ensured that the leadership of the Division has reflected its philosophy of inclusion: "There is such a strong attempt to make sure that we have power-sharing ... so we have rotation of the presidency among ethnic group, we have representation of our members-at- large among ethnic groups, to ensure that no ethnic group is silenced."

Among many other activities, Banks is involved in pressuring the APA to pay adequate attention to matters around disabilities. Although Division 22, the Division of Rehabilitation Psychology, has served as the home division for a significant number of people who identify as having disabilities, Banks points out that nevertheless: "it has been very difficult for people with disabilities to have a voice within the rehabilitation division." As a result, she is now actively involved in starting at APA a standing division on disabilities. These contributions have not gone unnoticed: Banks has recieved a Presidental Citation from the APA, the Sue Rosenberg Zalk Award for Distinguished service from Division 35, as well as numerous awards from Division 22.

Banks, M. (1998). Bridges across activism and the academy: One psychologist's perspective. In O. Nnaemeka (Ed.), Sisterhood, feminisms, and power: From Africa to the Diaspora. Trenton, NJ: Africa World Press, Inc. 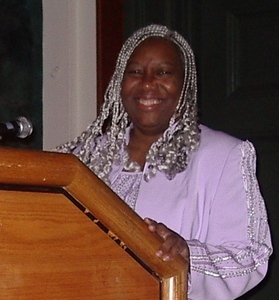