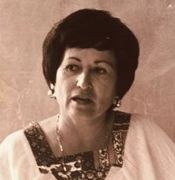 Few women will ever know the kind of discrimination that Martha Bernal experienced in her lifetime, and few will ever achieve as much as she did despite it. As a lesbian woman of colour from a working class background, Bernal could have succumbed to the prejudice and obstacles around her, but instead she used the support she got from her family and friends to inspire her and motivate her to achieve spectacular success in her chosen field.

A Latina child of Mexican immigrant parents, Bernal remembered being treated differently because of her skin colour and her accent from as early as elementary school. Despite going to school in a highly Latino/a neighbourhood in El Paso, Texas, her school was segregated. She and her Spanish-speaking peers were forbidden to speak Spanish at school. This instilled in Bernal a sense of shame about her heritage. At the same time, however, she recalls a strong connection with her identity as a person of colour. Later in her career, this identity would become the focus of her work.

Bernal earned her BA at the University of Texas in 1952, and decided that she wanted to pursue graduate studies in psychology. When she told her family about her decision, she was met with some opposition. While she had support from her mother and sister, Bernal’s father was strongly against the idea of higher education for women. He insisted that at her age, Bernal should concentrate on finding a husband and starting a family. He believed that education was a waste of a woman’s time, as she would not need it in her roles as wife and mother. Bernal and the rest of her family were persistent, however, and her father finally gave her permission to go to graduate school. In 1955 she received her MA from Syracuse University. In 1962, Bernal achieved the distinction of becoming the first Latina to earn a PhD in psychology in the United States when she was awarded her PhD in clinical psychology from Indiana University, Bloomington.

Although she studied clinical psychology, Bernal took a slightly different approach to her research than most clinicians. She valued learning theories and empiricism, and she used these techniques to treat children suffering from conduct disorder. While this was the focus of her work for many years, Bernal always showed an interest in issues of minority health and multicultural psychological treatment. In 1979, she took a sabbatical and used this opportunity to explore this new area. She recalled that one of the most shocking things she learned while delving into this new field of research was how unconsciously racist she had become in her own work. Psychology had subtly indoctrinated her with ideas about race and the clinical treatment of minorities. This epiphany led her to change gears and focus on cultural and ethnic psychology.

One of her highest priorities at this point was to promote recruitment and training for other Hispanic psychologists. As the first Latina woman to receive a PhD in psychology in the United States, Bernal was well aware of how few Hispanics were graduating with degrees in psychology. She began to do research and conduct minority training for clinical psychologists. Bernal, along with Dr. George P. Knight, became pioneers of the study of ethnic identity. She became so involved in research on ethnic minority issues that she spearheaded several committees and associations devoted to this area. She helped establish the Board of Ethnic Minority Affairs of the American Psychological Association, she started the National Hispanic Psychology Association, she served on what is now known as the National Latino/a Psychological Association, as well as on APA’s Commission on Ethnic Minority, Recruitment, Retention and Training. Bernal was also a member of the Committee on Gay, Lesbian and Bisexual Affairs.

Her work and contributions to the field of psychology have not gone unnoticed. She received a number of awards and honours, including the Distinguished Life Achievement Award from APA’s Division 45, the Society for the Psychological Study of Ethnic Minority Issues. She also received APA’s Distinguished Contribution to Psychology in the Public Interest Award in 2001, though she was unable to accept the award in person.

There is no doubt that Martha Bernal was a resilient individual. Her persistence in working towards her goals despite constant resistance is proof of this, but Bernal was also resilient in other ways. Many times over the course of her career, Bernal was forced to take breaks from her academic life to attend to her health. She suffered three recurrences of cancer, but she always returned to academia as soon as she had recovered from treatment. In 2001 however, as she was preparing to accept her award for Distinguished Contributions to Psychology in the Public Interest, the cancer finally overcame her and she passed away, surrounded by friends.

Over the course of her career, Bernal published an impressive 60 journal articles and book chapters. She also published books and taught numerous courses at schools across the country, including the University of California, Los Angeles, the University of Denver, and Arizona State University. Above all, Martha Bernal was a mentor. She inspired a new generation of Latino/a psychologists, including Melba Vasquez and Cynthia de las Fuentes, and she made it her mission to mentor students and encourage their learning. She also opened psychology up to the world of ethnic identity and minority training for clinicians. Bernal was an inspiration, and her memory is honoured by scholarships in her name, kind words from esteemed colleagues that immortalize her character, and her innovative research.