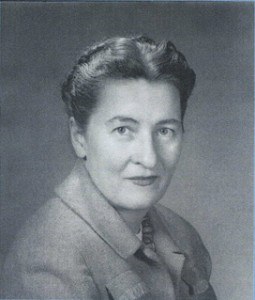 Mary Ainsworth Papers. The Archives of the History of American Psychology, University of Akron, OH.

This interview was conducted by C. Roger Myers on September 2, 1969 and is housed in the C. Roger Myers Oral History Collection, Canadian Psychological Association Archives, National Archives of Canada (CPA Archives, MG 29 I 161).

Developmental psychologist Mary D. Salter Ainsworth was born in Glendale, Ohio in December of 1913. The oldest of three girls, the family moved to Toronto, Canada in 1918 and, eventually becoming naturalized citizens. Reading and trips to the library were a priority in the Salter household and, at the age of 15, she came upon William McDougall's Character and the Conduct of Life (1927) which spurred an interest in psychology and, subsequently, a very distinguished career.

Salter enrolled at the University of Toronto in 1929 and was only one of four to complete an honors degree in psychology. And while her father thought it might be a good idea for her to become a stenographer prior to finding a husband and getting married, her parents were nonetheless supportive of her pursuing graduate work in psychology. Among a number of mentors, it was William E. Blatz and his work on child development and security theory that attracted Salter's interest and she agreed to write her dissertation with his theory in mind. As a recent Ph.D. in 1939, she wanted to stay at the University of Toronto, but an interview was arranged for her at Queen's University in Kingston, Ontario. While she did not want the position on offer, she nevertheless impressed the head of the psychology department, who chose her for the position. In what she claims was the only case of employment discrimination based on gender she experienced in her long career, she was told two weeks later that the university Senate had refused to appoint a woman to the position.

With the onset of war in 1939, Salter was granted a post at her university of choice, the University of Toronto, and remained for three years until joining the Canadian Women's Army Corps in 1942. Her army work had a more clinical element - administering tests, interviewing, taking histories, and counselling. After four years with the army, Salter returned to the University of Toronto as assistant professor and taught introductory psychology, experimental psychology, and personality assessment. She became engaged to graduate student, Leonard Ainsworth, and they married in 1950. The difficulty of being a faculty member where her husband was a student led the couple to London, England. Ainsworth secured a research position at the Tavistock Clinic under psychiatrist John Bowlby, whose research into the effects of separation of children from their mothers on later personality served as a continuation of her earlier work on security theory. It was a working relationship that would span many decades.

In 1953 Leonard expressed an interest in going to Africa, and Ainsworth was able to arrange for a position as research psychologist in the East African Institute of Social Research in Kampala, Uganda. There, she was able to conduct a short-term, longitudinal, naturalistic study of the mother-infant relationship and would later publish the results of that research. At the end of two years, the couple began looking for work back in North America. As it would be more difficult for the newly-minted Ph.D., they focused their efforts on finding Leonard a position, which landed them in Baltimore, Maryland. Johns Hopkins offered Ainsworth work as a lecturer, with an emphasis on clinical instruction and supervision. In addition to lecturing and supervising students, she set up a private practice devoted to children.

The marriage ended in 1960, resulting in Ainsworth's depression and long-term psychoanalytic therapy. Soul searching and re-evaluation led her to limit her activities to teaching developmental psychology and a return to naturalistic, longitudinal research into mother-infant interaction. While she reports no gender discrimination with respect to academic appointments, she cites a significant salary handicap at Hopkins that would not be rectified until affirmative action pressures were brought to bear. Ainsworth did become a full professor in 1963, one year after beginning the research for which she would become best known.

This research took the form of both naturalistic observation in the home environment and a laboratory situation she designed - the strange situation - in which attachment between caregivers and children was observed. Children were observed playing in various situations, some with caregiver present and some with caregiver absent and then returning. The stress children felt with the caregiver absent and then returning was measured in terms of amount of playing/exploring engaged in throughout the experiment, as well as the reactions of the child to the departure and return of the caregiver. Ainsworth and her colleagues identified three attachment styles: secure, anxious-ambivalent insecure, and anxious-avoidant insecure. Children best thrive with secure attachments, while anxious attachments can portend later problems. She recommended the much-debated advice that feeding infants on demand fostered more secure attachments than adhering to a strict schedule - advice which changed doctors' recommendations to mothers dramatically.

In 1975 Ainsworth left Hopkins for a position at the University of Virginia, where she was a professor until her retirement in 1984. She did, however, remain professionally active until 1992. Among her awards is the Gold Medal Award for Life Achievement in the Science of Psychology from the American Psychological Foundation. She died at the age of 86 in 1999.

Of the relationship of her research to the women's movement, Mary Ainsworth acknowledged that her work might be interpreted as a dictate to mothers to stay home with their children during the early years. And while she emphasized the importance of a secure attachment between infant and caregiver, and that full-time mothering may be the usual way of ensuring a secure attachment, she did not deny that alternative arrangements were possible. She said, "Had I myself had the children for whom I vainly longed, I like to believe I could have arrived at some satisfactory combination of mothering and a career, but I do not believe that there is any universal, easy, ready-made solution to the problem" (Ainsworth, 1983, p. 216). 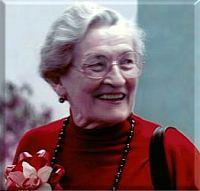 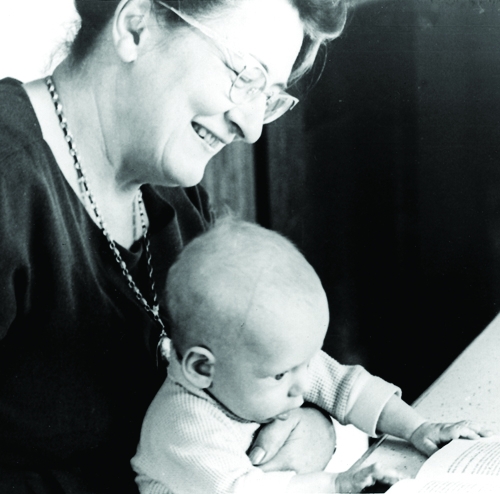