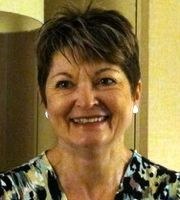 Mary Crawford was born into a “traditional family with a home-maker mother and father who was in the military.” However, Crawford remarks that she always recognized the lack of opportunity available to girls during those times as an injustice, and never went through a “passive acceptance stage about sexism….” After graduating from West Chester State College with a Bachelor in Music Education in 1963, Crawford went on to work as a music teacher. However, she did not find it rewarding to be “functioning as a musician at the very basic level.” Consequently, she began to take courses in psychology at the graduate level. Crawford then was admitted into the University of Delaware as a full-time psychology graduate student.

Crawford married young and had two children. When she and her husband divorced, she experienced how tough it was to be a single woman and a mother “trying to establish credit or just function as an adult ...because everything was funneled through one’s husband.” Thus, when the women’s movement began she felt “primed to recognize what it was all about and get involved from its early days.” The movement helped her articulate things that she had felt for a long time just through personal experience. In 1972, Crawford graduated from the University of Delaware with a Master’s in experimental psychology.

Crawford became active as a feminist when she was in her first job at Buena Vista College (now Buena Vista University), Iowa, where she was an assistant professor from 1974 to 1978. As she noted, the “Iowa state government funded academics going around to small farm communities and doing workshops and lectures…and I started doing some [lectures] on division of labour in the home, gender inequality, and rape as violence against women rather than sexual activity.” While working at Buena Vista College she has also worked towards her PhD, received her doctorate in 1975. During her graduate training Crawford studied learning theory and said that she “loved asking questions of rats and finding out ways of making them give you answers.” Moreover, Crawford felt that her friendly relationship with Fred Masterson, who was her dissertation adviser, buffered some of the sexism and discrimination that existed during her university years. Moreover, having two young children, Crawford was very fortunate to have a “fair-minded” and “egalitarian” male mentor who allowed her to bring her children to the lab.

This fair-mindedness was not a consistent feature of her academic experience, however. In 1978 Crawford applied for tenure at West Chester University. By that time, she had a number of publications on gender, language, and communication as well as on learning theory in magazines and journals ranging from Ms to Behavioral and Brain Sciences. During her tenure interview the committee discounted Crawford’s feminist research by stating that these were just publications “about women,” and it became clear that she was receiving tenure purely based on her accomplishments in learning theory. However, she felt that her psychology must connect more with who she was as a social being and as a woman. Thus, upon receiving tenure, Crawford began to focus solely on feminist research: “So, I tried to develop a line of research that would take into account power and the multiple meanings of discourse when doing research on gender, language, and communication. So I have gone into discursive psychology, quantitative methods that allow us to look at the context of a given speech utterance.” Crawford’s research was important in disproving the common assumption that a speech segment has the same meaning regardless of its context. In 1995, Crawford published her book Talking Difference, which was supported by a West Chester University Sabbatical Award.

Crawford has chosen to work primarily in teaching institutions due to her commitment to an egalitarian relationship with her partner, Roger Chaffin,who is a cognitive psychologist. By taking up positions at teaching institutions “neither one of us ever took a job that would undermine the other.” Thus, Crawford notes, she did not develop a single, extremely focused grant-funded line of research. Instead, she has worked with colleagues from a variety of fields on projects that have interested her. She has enjoyed being a textbook writer and has published numerous textbooks on feminist psychology and the psychology of women.

From 1981 to 1984 Crawford was an associate professor at West Chester University. During that time she applied for a full professorship, but none of the five women who applied that year were promoted. Consequently, together with her female colleagues, and without support from their faculty union, Crawford launched a “state Equal Opportunities discrimination suit” for discrimination in tenure and promotion. Although it was a long and arduous process, the university finally settled and all five women were promoted to full professorship. From 1984 to 1993 and from 1995 to 1998, Crawford was a professor of psychology and women’s studies at West Chester University. Between 1993 and 1995 she also served as the graduate director of the women’s studies program and professor of psychology at the University of South Carolina. As she recalls, “...that was exciting. We developed a graduate certificate [in women’s studies] and hugely increased the enrolment in that from all areas.”

In 1998 Crawford and her partner were both offered positions in psychology at the University of Connecticut. From 1998 to 2002 Crawford directed the women’s studies program there. At Connecticut she found a highly congenial work environment. For the first time in her career she had a lighter teaching load, more research support, and a very collegial and pro-feminist department.

Early in her career, in 1977, Crawford traveled to Nepal and trekked up to Everest base camp. She reports that she “fell in love” with Nepal, its culture, and its people. Ever since this adventure she felt that she must one day return to the country. Crawford then began to travel to Nepal whenever an opportunity presented itself, attempting to connect her “...psychological self with [her] Nepal self.” In 2001, she applied for and received a Fulbright Senior Scholar grant that allowed her to live in Kathmandu for a year. There she did work with ABC Nepal, a non-profit organization that provides shelter, sex education, and other services to women in need. Her goal was to assist ABC Nepal with the development and evaluation of intervention methods. Moreover, with her Nepali research team Crawford published on both sex trafficking and “how Nepalian women were coping with modernization and western influence.” Due to the frequency of traffic jams, strikes, and riots in the area it was a very difficult working environment, progress was slow, and funding for the projects was slim. Crawford now returns to Nepal every couple of years to finish up remaining work and visit the foster daughter that she and her partner are bringing up there.

In 2002, Crawford published the book Methods for Studying Gender which collated examples of innovative research methods for feminist psychologists. Crawford thinks of herself as a “methodological pluralist” and is fascinated by “...the interaction and the dialogue between and among different kinds of methods.” Throughout her career Mary Crawford has been an active member of the American Psychological Association’s Society for the Psychology of Women, Division 35, and has published countless books, articles, and chapters. She has also been the recipient of numerous awards, including the Distinguished Publication Award from the Association for Women in Psychology in 2000 for her book with Ellen Kimmel, Innovations in Feminist Psychological Research. She is optimistic about the future of feminist psychology, in large part because of the dynamic next generation of feminist psychologists: “I am very happy to think that the future of feminist psychology is in the hands of these terrific smart young women who are just are picking up and going places where I couldn’t possibly go.” 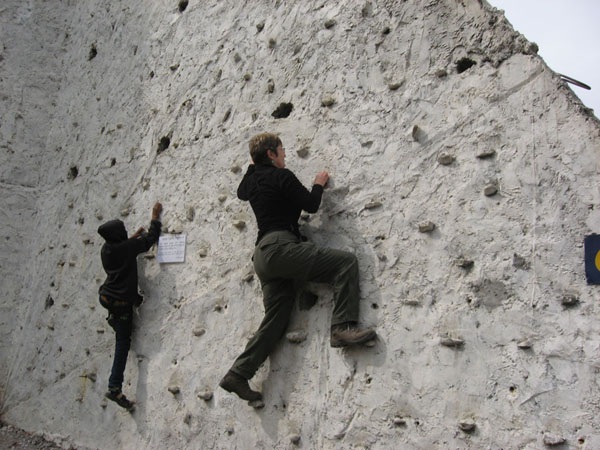 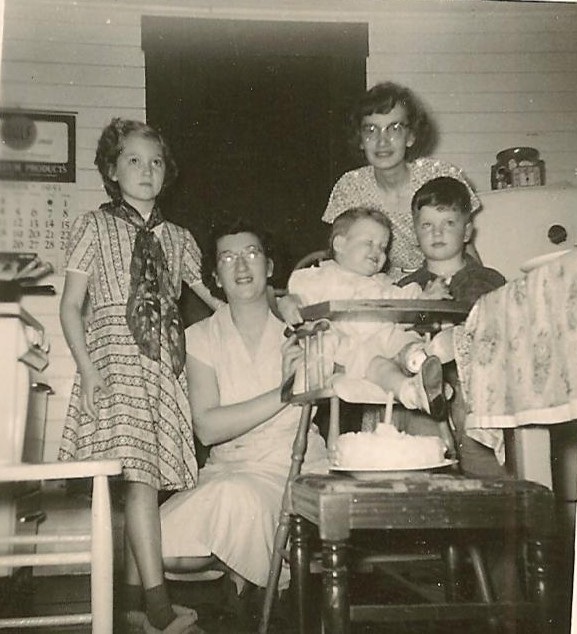 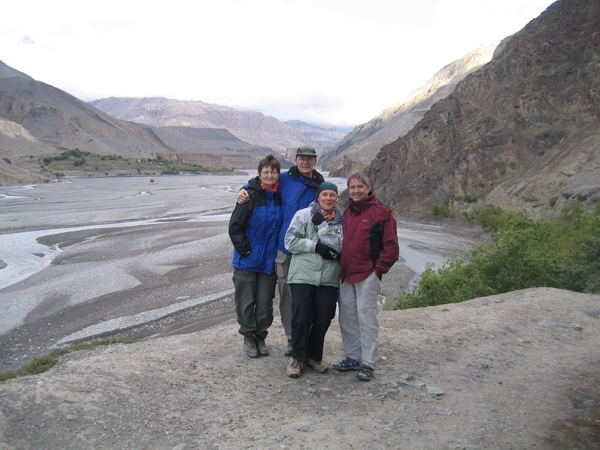 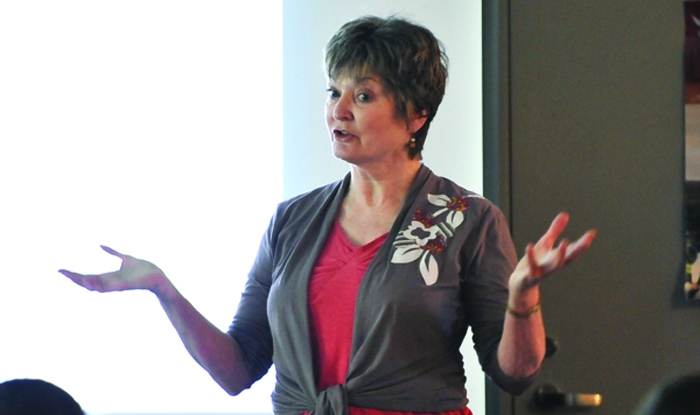 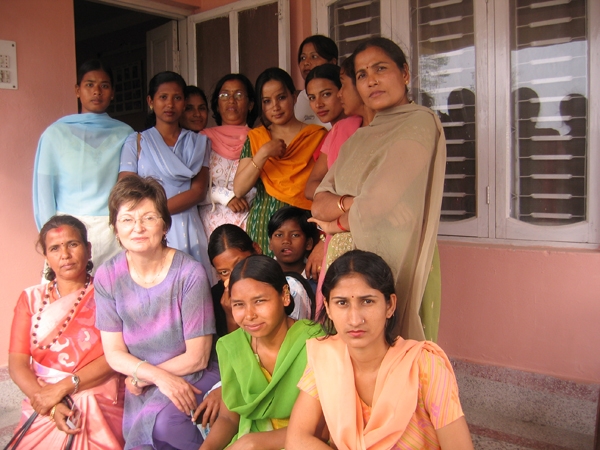 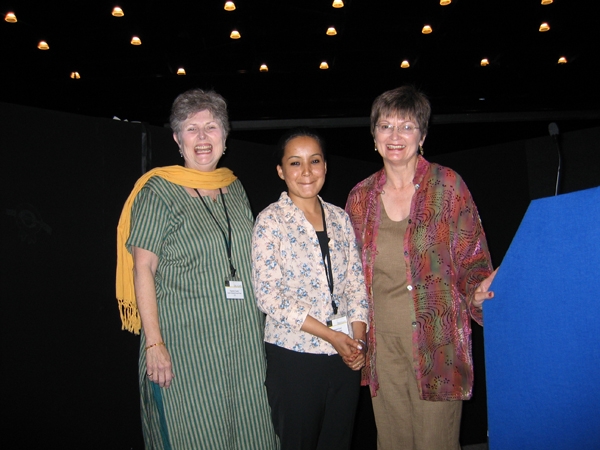