For a woman of her generation, Mary Henle grew up in an unusual family. Born July 14, 1913 in Cleveland, Ohio, Henle's mother was a physician who graduated at the top of her medical school class after being enrolled, without consultation, by her father and despite her lack of interest in a medical career! Henle's father, who had immigrated to the United States at the age of 15, was forced to work and abandon his dream of becoming a scientist, but pursued self-education through extensive reading and adult-education courses. Given the family's focus on academic achievement, it is not surprising that Henle and her two siblings were not only encouraged to pursue whichever careers they chose, but all ended up in academia.

Henle enrolled at Smith College in 1930 and majored in French. She took some undergraduate psychology courses and quite enjoyed them, so after obtaining her B.A. in 1934, she pursued a Master's in psychology in a department that included such heavyweights as James and Eleanor Gibson and Kurt Koffka. On her choice to pursue a career in psychology, Henle said, "I did not get the subtle advice that has steered many women out of the profession. Nobody told us that we could not do professional work or that there was no point in training us for a profession in which we would not remain." Nor was she at all tempted to stay away from experimental psychology and enter the areas of psychology deemed more suitable for women.

Her exposure to Kurt Koffka fostered her interest in Gestalt psychology, to which she would remain committed her entire life. However, Henle would pursue her Ph.D. at Bryn Mawr, as she was hired there as an assistant to Harry Helson, whom she credited with teaching her much about experimental method. Whereas many colleges would not have been supportive of her Gestalt orientation, Bryn Mawr's respect for scholarship and the fact that Helson's own dissertation had been on Gestalt psychology, were helpful. Upon completing her Ph.D. in 1939, Henle took a position as research associate (better known today as a post-doctoral fellowship) at Swarthmore College under department chair Robert B. MacLeod. MacLeod had studied in Germany and invited Wolfgang Köhler to Swarthmore. Henle did some experimental work with Köhler, attended his seminars, and credits him as her greatest intellectual inspiration.

When her fellowship ended, academic jobs were scarce so she spent one year as an instructor of psychology at the University of Delaware which, at the time, was little more than a one-person department. However, when the United States entered the war, many psychologists were involved in the war effort and academic jobs were no longer in such short supply. Harry Helson invited her back to Bryn Mawr in 1942 where she was, for the first time, able to teach graduate courses and supervise graduate students in addition to her undergraduate teaching. After two years, Henle then joined the psychology faculty at Sarah Lawrence College, which was very much focused on teaching and, therefore, didn't leave her much time for research. So when Solomon Asch, on Köhler's recommendation, asked her to join the graduate faculty of political and social science of the New School for Social Research in New York in 1946, she accepted and would remain there for the rest of her career until retirement in 1983. Henle was quite at home in an institution where the graduate faculty had been known as the University of Exile and included, among others, the Gestalt psychologist Max Wertheimer.

Henle characterized herself as a Gestalt psychologist and, even when engaged in empirical research, did so within the Gestalt framework. Beginning with research in perception, she also did experimental work in human motivation and, with colleague Don MacKinnon, developed the first laboratory manual in the field in 1948 based primarily on the work of Kurt Lewin. Her interests also included the history of psychology and human rationality and the relationship between thinking and logic.

Mary Henle was never certain whether the fact she was a woman in psychology was a limiting factor in obtaining employment. She cited her Jewishness as another complicating factor, thus if she did not get a job she had applied for she could never be certain whether it was because she was unqualified, a woman, or Jewish - though she recalled at least one occasion where she was explicitly rejected because of her religion. However, she has said: "If I were to summarize my experience, I would say that - with the exception of a single year - if I had been given my choice of all the positions in the country, I would have chosen the job I had."

Mary Henle died in 2007 at the age of 94. Her accomplishments include involvement in the writing of eight books, a lasting legacy through the many undergraduate and graduate students she influenced, presidency of the American Psychological Association's (APA) Division of the History of Psychology (1971-1972), presidency of APA's Division of Theoretical Psychology (1974-1975), and presidency of the Eastern Psychological Association (1981-1982). Her biography is also included in the prestigious American Men and Women of Science: Social and Behavioral Sciences (Cattell, 1978). When pondering whether her generation left a legacy to the next generation of women psychologists, Henle said, "I believe that we have. We have done it quietly by doing our jobs, not as women psychologists, but as psychologists. We were not thinking much about being women in psychology. We simply took it for granted that women can function well in psychology in all kinds of settings, and we showed that they could by doing our work." 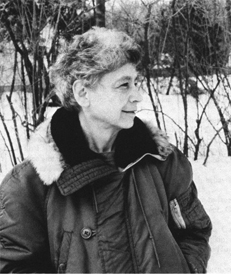 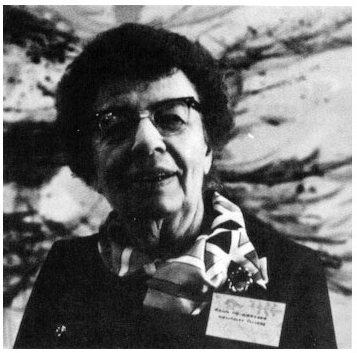