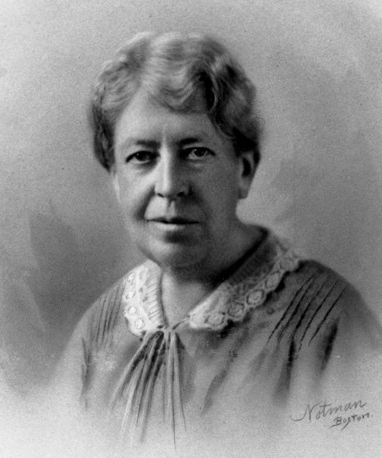 Mary Whiton Calkins was a leading early American psychologist. Elected one of the first female members of the American Psychological Association (APA) in 1893, she was the also elected the fourteenth, and first female, president of the APA in 1905. In 1903, less than a decade and a half into her career, she was ranked twelfth on a list of the 50 leading psychologists in the United States. In addition to a successful career as a psychologist, Calkins was an accomplished philosopher, elected to the presidency of the American Philosophical Association in 1918. Over the course of her career she published four books and over a hundred articles on both psychological and philosophical topics. In recognition of her accomplishment, the Society for the History of Psychology, Division 26 of the American Psychological Association, established the annual Mary Whiton Calkins Lecture in 1994.

Calkins was born the eldest of five children, to Charlotte Whiton Calkins and Wolcott Calkins, a Presbyterian minister. She grew up and lived in Buffalo, New York, until the family moved to Newton, Massachusetts when she was seventeen. Extremely close to her family, Calkins remained in Newton, living in the family home, for the remainder of her life (with the exception of her time as an undergraduate at Smith College).

In 1882, Calkins entered Smith College as a sophomore. The death of her sister Maud, only eighteen months her junior, in the spring of 1883 is said to have had a profound influence on Calkins and her thinking. Following this loss, she remained at home and took private lessons in Greek, rather than return to Smith for the 1883-1884 school year. In the fall of 1884, she re-entered Smith College, graduating that spring with majors in Classics and Philosophy.

In 1886, while in Leipzig during an eighteen month family trip to Europe, an opportunity to travel to Italy and Greece presented itself. Calkins availed herself of this opportunity and spent several months travelling and studying modern Greek and classics. Upon her return to the United States, Calkins's father arranged for her to have an interview with the president of the newly created women's college in Wellesley Massachusetts. This led to an appointment as an instructor in Greek at Wellesley College in 1887.

At Wellesley, the Department of Philosophy was making plans to offer a course in psychology. Calkins, identified as a skilled educator, was offered the opportunity to take on the teaching of this course, provided she obtain necessary training in the subject for a year. Although Calkins considered going abroad to Germany to study psychology, as many did during this period, and received positive responses as to the possibility of studying at the University of Michigan with philosopher John Dewey and at Yale University with George Trumball Ladd, she did not undertake any of these educational opportunities. Furumoto (1980) speculates that this decision was motivated both by a desire to study the new laboratory-based experimental psychology, which neither Dewey or Ladd could provide, as well a desire to remain close to her family.

Consequently, Calkins endeavoured to undertake graduate work at Harvard University. She was able to attend graduate seminars taught by William James and Josiah Royce at Harvard, only after the intervention of her father who, with the support of Wellesley College, petitioned on her behalf. Her acceptance for study at the university was predicated on the acknowledgement that in attending seminars at the university a precedent for co-education would not be set. Calkins was not to be a student at the University, but rather a faculty member of a College seeking post-graduate instruction.

In October 1890, Calkins's began to attend seminars at Harvard. After the other students in James's seminar de-enrolled from the course, Calkins was left studying with James one on one, each seated on either side of a fireplace, with James's newly published Principles of Psychology as the basis for their studies. At the same time that Calkins undertook her studies with James and Royce at Harvard, she arranged for private instruction in experimental psychology with Edmund C. Sanford at Clark University, in Worcester, Massachusetts. In addition to their explicitly experimental work, Calkins and Sanford undertook dream research through the systematic introspection of their own dreams.

In the fall of 1891, Calkins returned to Wellesley College as Instructor in Psychology in the Department of Philosophy. Here she established a laboratory for experimental psychology, the first at a women's college, which was unfortunately destroyed in a fire in at the college in 1914. With the laboratory to work in, she also taught a course in "Psychology approached from the physiological standpoint" (as quoted in Furumoto, 1980, p. 60). The fifty students who enrolled in this course were instructed in a number of areas of psychology and conducted experiments on such subjects as sensation and association.

Wishing to acquire additional training in experimental psychology, in 1892 Calkins petitioned Harvard's president for permission to study with the newly arrived head of the Harvard psychology laboratory, Hugo Münsterberg. Once again, she was permitted to study at the university, but not to enrol as a student. Over the course of three years working with Münsterberg, Calkins impressed him immensely. In the fall of 1894, he wrote to Harvard's president Charles Eliot requesting that Calkins be formally admitted for a Ph.D. degree as she was the most skilled student he had encountered during his tenure at the university. As would be the case with such requests of this nature from this point on, the request was denied.

Despite this refusal, an unsanctioned doctoral examination was held in 1895. Calkins' examining committee, which consisted of William James, Josiah Royce, Hugo Münsterberg, and Professors Palmer, Harris, and Satayana, unanimously recommended that she be awarded a doctoral degree. Nonetheless, Harvard refused to grant a degree to a woman.

"I sincerely admire the scholarship of the three women to whom it is to be given and I should be very glad to be classed with them. I furthermore think it highly probable that the Radcliffe degree will be regarded, generally, as the practical equivalent of the Harvard degree and finally I should be glad to hold the Ph D degree for I occasionally find the lack of it an inconvenience, and now that the Radcliffe degree is offered, I doubt whether the Harvard degree will ever be open to women.

On the other hand, I still believe that the best ideals of education would be better served if Radcliffe College refused to confer the doctor's degree. You will be quick to see that, holding this conviction, I cannot rightly take the easier course of accepting the degree." (as quoted in Furumoto, 1980, p. 66)

This was followed in 1927, by a petition to Harvard by thirteen prominent alumni, including of psychologists R. M. Yerkes, E. L. Thorndike, and R. S. Woodworth, requesting that Calkins be granted her degree. Asserting that there was no adequate reason to do so, the university once again refused Calkins a doctoral degree. Efforts to have Harvard grant Calkins her degree posthumously continue to this day. In 2002, psychologist Karyn Boatwright and her students at Kalamazoo College petitioned Harvard to grant Calkins her degree, and established a website, Justice for Mary Whiton Calkins, to gather support for that effort.

In 1895, having completed her studies with Münsterberg, Calkins obtained the position of Associate Professor of Psychology and Philosopher at Wellesley College, advancing to the rank of Professor three years later. Calkins's work at Harvard with both James and Münsterberg formed the basis for her now heralded work on association. In 1896 she published a piece on association, which was to have been her doctoral dissertation. In this article, she put forward what is now known as the paired-associate technique, whereby individuals learn pairs of items until the presentation of one item leads to the recall of the other.

In 1895 and 1896 Calkins and her student Cordelia Nevers challenged the findings of psychologist Joseph Jastrow with respect to what was termed 'the community of ideas' of men and women. In 1891 Jastrow had examined the word lists produced by men and women and concluded that women show less variability in their word choices than men. This finding was used to support the variability hypothesis, which held men to be more variable than women and thus evolutionarily advantaged. Calkins and Nevers assessed the word lists of Wellesley students and concluded that women were no less varied in their word choices than men. Nonetheless, Calkins asserted that even if such a sex difference were to be found it would be of limited significance as it would be impossible to separate the effects of the environment from any innate differences between the sexes that might exist.

After 1900 Calkins interest turned increasingly to philosophy, though like her psychological work during this period her philosophical work was largely on the subject of the self. At the turn of the twentieth century, Calkins began to espouse her own system of psychology: self psychology. This self psychology is a personalistic, introspective psychology that understands the self as "the person or organism which is conscious, which experiences, which functions, which drives or is driven" (Calkins, 1930, p. 44). Within this system of self psychology the self, objects external to the self, and the self's relation the objects are all paramount.

According to Calkins (1930), the self, though indiscernible, is describable, and is thus composed of a number of characteristics including: totality, uniqueness, identity, change, and relatedness or consciousness. More particularly, the self may be understood as,

(a) a totality, a one of many characters and of many temporal signs; is, secondly, (b) a unique being in the sense that I am I and you are you-that no one, however similar, can take the place of you or of me; is, thirdly, (c) an identical being (I the adult self and my ten-year-old self are in a real sense the same self); and yet is also(d) a changing being (I the adult self differ from that ten-year-old). Finally, (e) the self is a being related in a distinctive fashion both to itself and its experiences and to environing objects, personal and impersonal. (Calkins, 1930, p. 45)

The final characteristic of the self (that of relatedness) emphasizes the importance of the individual's relation to the environment. This feature of self psychology aligned it with other popular systems of psychology, such as functionalism and behaviorism. Yet, unlike the latter system, the social is of paramount importance in self psychology, a feature of Calkin's psychology influenced by the work of psychologist James Mark Baldwin and philosopher Josiah Royce.

Calkins received honorary degrees from Columbia University (1909) and her alma mater Smith College (1910), as well as offers of faculty appointments at both institutions. Rather than accept such positions, she remained at Wellesley College for her entire career, a position that allowed her to remain at home and care for her parents.

Furumoto, L. (1991). From "Paired Associates" to a Psychology of Self: The Intellectual Odyssey of Mary Whiton Calkins. In A. Kimble, M. Wertheimer & C. White (Ed.), Portraits of Pioneers in Psychology (pp.57-72). Washington, DC: American Psychological Association.

Wentworth, P. A. (1999). The moral of her story: Exploring the philosophical and religious commitments in Mary Whiton Calkins' self-psychology. History of Psychology, 2, 119-131. 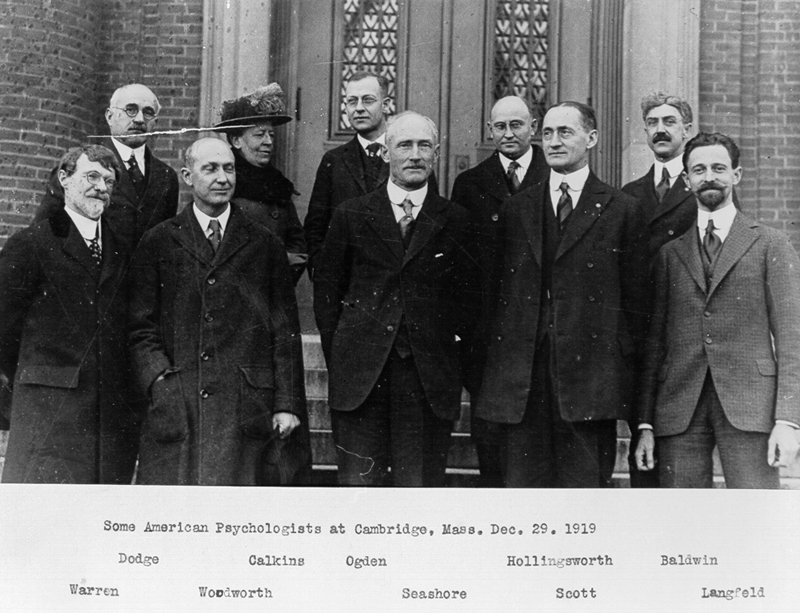 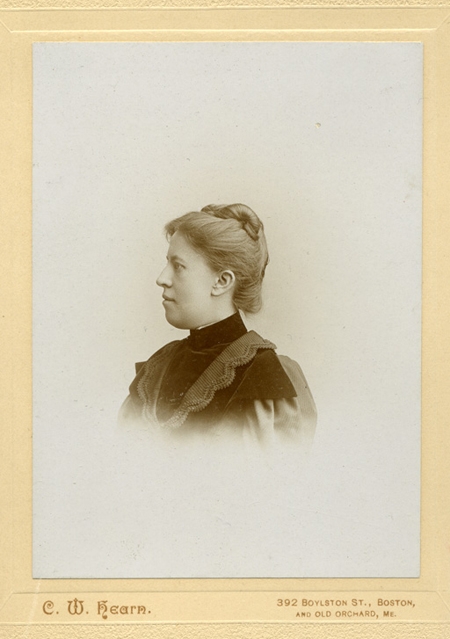 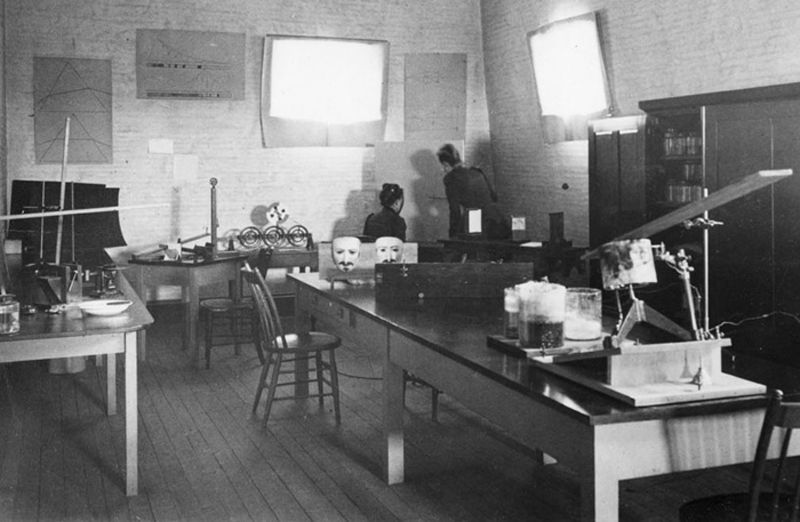 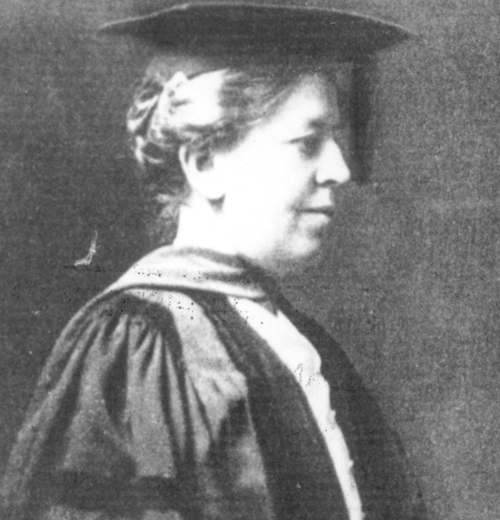